The latest installment in the Jurassic World franchise is rated PG-13. 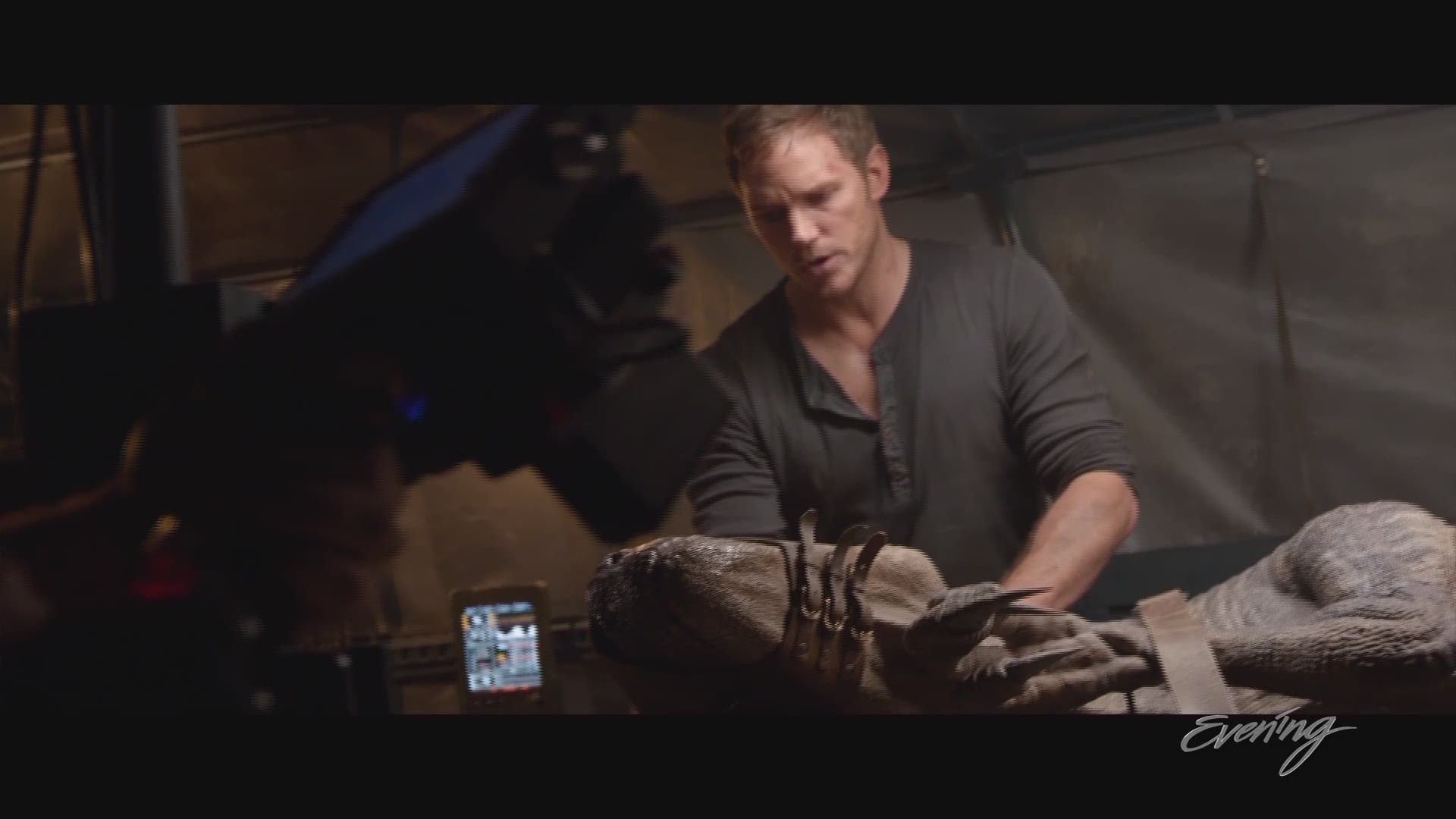 From sound stages in London to the jungle of Oahu's Kualoa Ranch, Fallen Kingdom covers more ground than Jurassic World.

But it also went old-school.

Some of the prehistoric creatures - like the baby raptor - aren't computer-generated. They're elaborate puppets.

"I think we found a great balance in this film,” said writer/executive producer Colin Trevorrow. “There were definitely not enough animatronics in the first film. It was a bit of a budget issue, to be honest."

That budget expanded after the first movie made more than a billion dollars, allowing for the lifelike construction of T-Rex and Blue the velociraptor.

"I had this agreement with the actors, I asked them at the very beginning, ‘Can I scare you from time to time?’” he said. "It's always something that helps you capture moments of truth."

He would make the animatronics unexpectedly move or roar to evoke authentic emotions.

For a scene where two characters are fleeing from a volcanic eruption, he built something like what you'd see at a carnival.

"I really like when you see Justice and Bryce falling off a cliff inside the gyrosphere. We created this roller coaster. It’s only for two or three seconds, it's not longer than that. But you can tell on their faces the real fear,” Bayona said.

It all adds up to a wild ride for audiences, and an even more believable trip into Jurassic World.

"Hopefully once we get into the third film, (this will be) a world where we just recognize these are living, breathing creatures that once existed and exist again,” Trevorrow said.

Jurassic World: Fallen Kingdom is now playing. Evening is your guide to Seattle and the Pacific Northwest. Watch it weeknights at 7:30 on KING-TV Ch. 5 or streaming live on KING5.com. Connect with Evening via Facebook, Twitter, Instagram or Email.