Ballots found in unaccounted box are from Nov. election 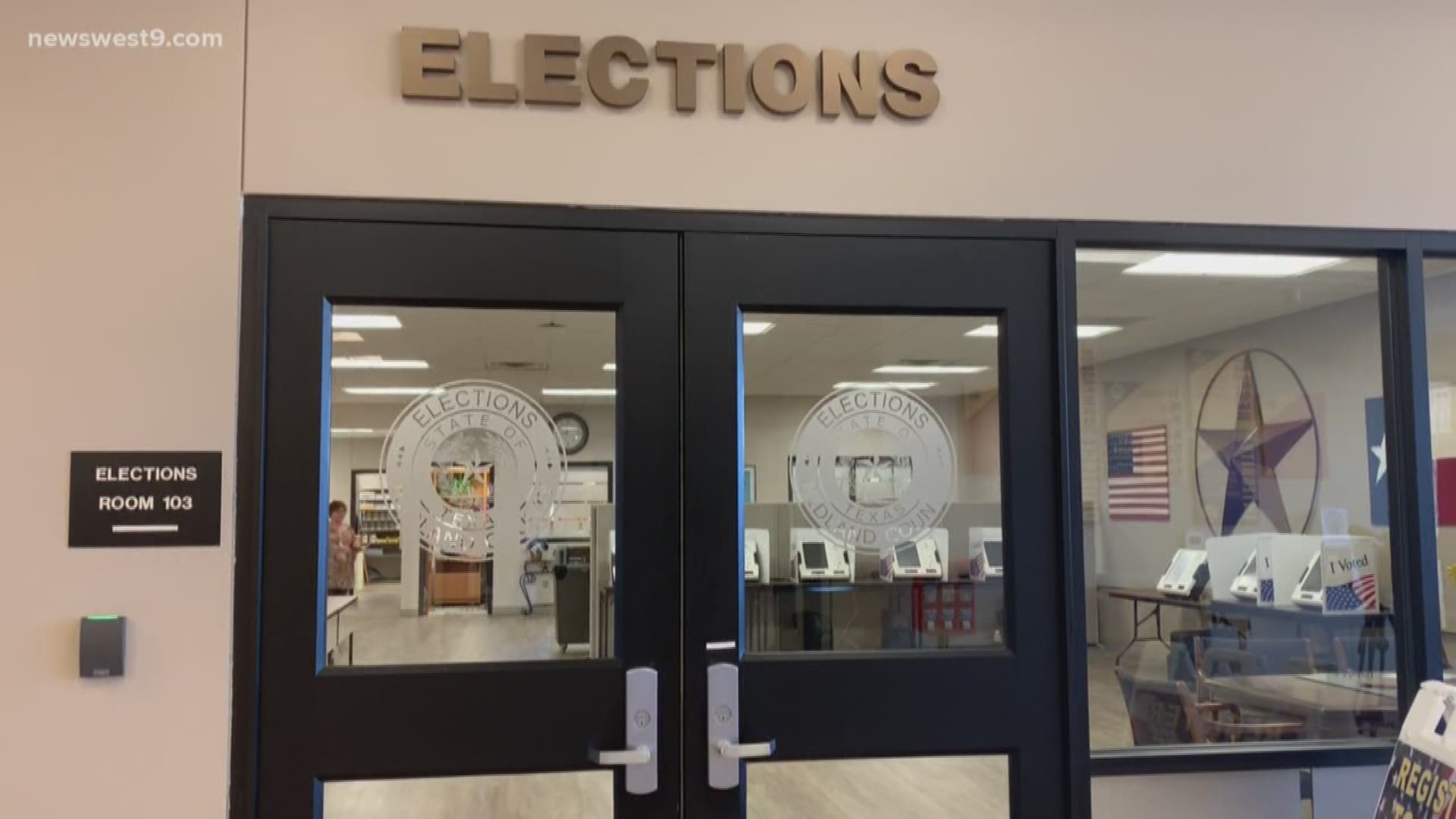 MIDLAND COUNTY, Texas — PACs for and against the Midland ISD teamed up to count ballots found in a box that went unaccounted from the November 2019 election recount.

Midland County election administrator Deborah Land says the box was discovered on December 12 by a clerk who was reorganizing the election office's workroom.

Officials say the unaccounted box was filled with ballots during early voting when voting machines were filled to capacity.

Land says it was her decision to fill the ballots into metal boxes with unique numbers, then secured with a lock.

Though at some point one of the metal boxes was not filed with a proper chain of custody.

The chain of custody report is put in place to keep a record of all ballots.

This mistake caused the box to be left behind when the recount was held by the elections administration.

Once rediscovered the 836 ballots brought comfort to county officials like Judge Terry Johnson that the county's new voting machines were functioning correctly.

"I was confident that in the end, the electric count would be correct which is easy to say now, but with the box of ballots it confirms that the machine works," said Johnson.

With four ballots still unaccounted for, county attorney Russell Malm offered up an explanation, stating that three of the early voting ballots were sealed in an envelope and placed with mail-in and provisional ballots due to a scanning error.

There was no explanation for the fourth missing ballot, but Malm alluded that it could be a miscount or human error.

RELATED TO THE MISD BOND: