Four options for the school's future were presented to parents, painting a picture of each scenario with the pros and cons. 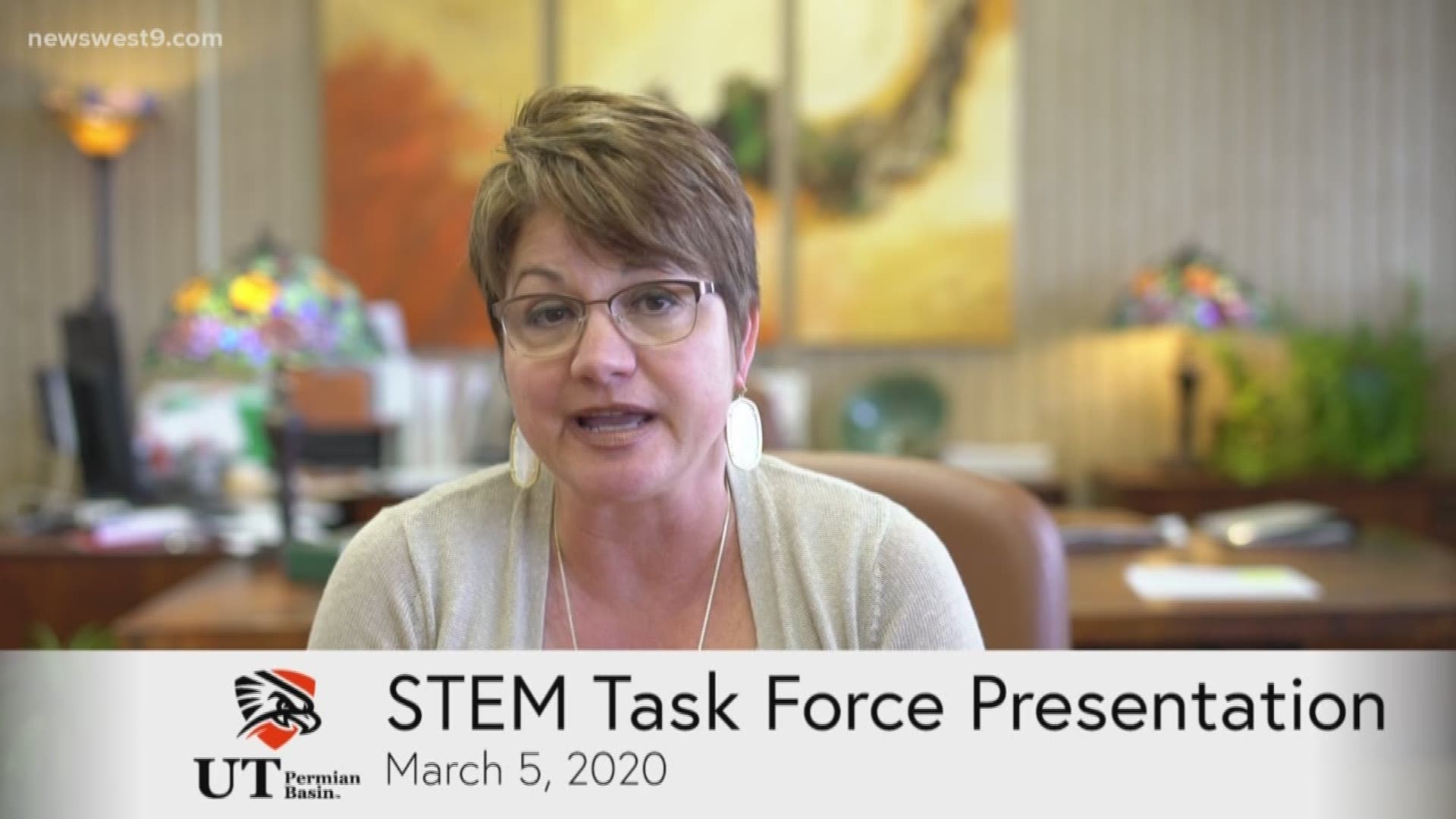 ODESSA, Texas — UT Permian Basin STEM Academy parents left a task force meeting with more information on the future of the school, but still without a definitive answer of what the future will look like for the academy.

A task force was created around ten months ago and since then has been working to create options for the school that address parents' concerns.

"I want to make sure that parents have a voice to that, that’s the most important thing here," said Jake Watkins, a STEM parent that's also on the task force.

Parents have been critical of the University's plan for the academy's future since last summer.

Less than a year ago, Dr. Sandra Woodley took the option to partner with IDEA public schools off the table in an effort to hear parents out.

“I like all of them but one, the stand-alone options I just don’t like because it's just not going to get all of what we’re calling our non-negotiables as a task force," said Watkins.

Four options were presented to parents, painting a picture of each scenario with the pros and cons.

For almost an hour parents traded off the microphones and asked questions after the options were presented.

“The questions showed how concerned our parents are not only about their own children but about the future of the academy," said Daniels.

There is no final or clear path for the academy's future just yet.

“We were originally looking at making a decision within a year, but the president realized the process is more complex than we originally thought so we’ve been given some additional time. So we don’t have a definitive timeline, we just want to make sure that we’re continuing to work and gather information," said Daniels.

The task force's focus is now set on choosing the most viable option that will set the academy up for success for years to come.

UTPB STEM Academy
A BIG STEM Thank You to all the volunteers who helped in the Tame Trailblazer yesterday! #utpbstem