The sky is not the limit: Fort Worth students get rare chance to talk to astronauts in space

The students had about 20 minutes to ask astronauts on the International Space Station different questions. 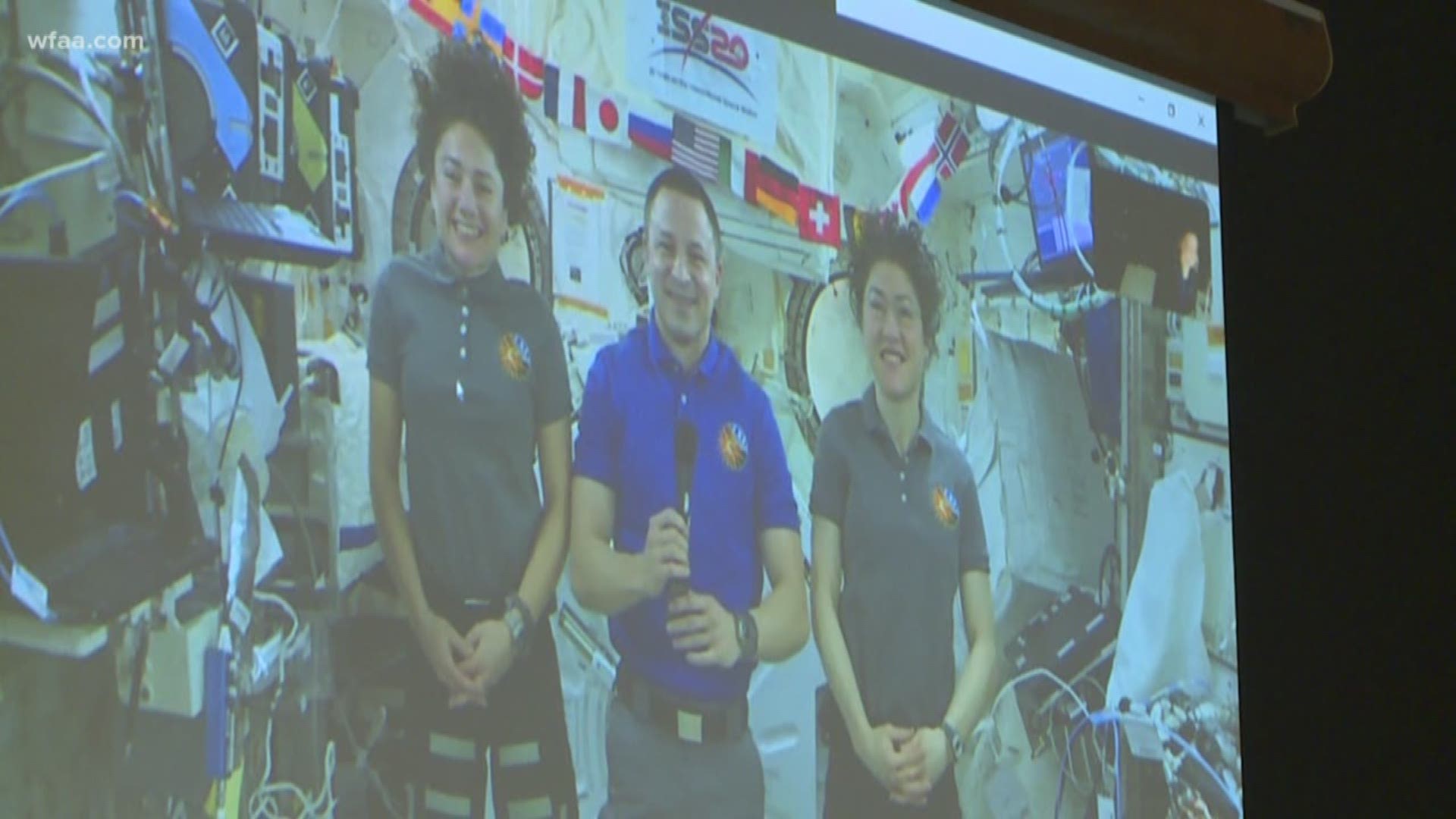 All year, the students at Fort Worth Academy have been shooting for the stars.

But their latest project sent them over the moon.

“I was like, 'Whoa! This is cool,'" eighth-grader Addison Feld said.

“I was very excited, grateful for the experience,” seventh-grader Giselle Altamiranno said.

“There was jumping and screaming involved,” science teacher Lauren Parker said. "Running into the office, 'We did it! We did it!'"

It all started a few years back when the space-loving Parker launched her daring mission.

As part of the school’s space week, Parker wanted her students to be able to talk to astronauts on board the International Space Station, which isn’t entirely crazy.

NASA does let astronauts talk to students, but it’s very rare. Only a handful of schools each year get the chance.

Which is why for three years her proposal was denied. Yet, she remained persistent.

"So I knew that if they had the opportunity to talk to those astronauts in space that would just push that engagement and interest over the edge," she said.

"Fort Worth Academy, we have you loud and clear," astronaut Nick Hague said as he welcomed the students to the video chat. "Welcome aboard the International Space Station."

Questions about gravity, life in space and even what life is like away from home.

"I think it shows kids, don’t give up," Parker said. "Keep working. If there’s something you want, keep working for that,"

“I think we have several kids here that their young minds, the wheels were turning that, 'That could be me,'" Shannon Elders, the head of the school, said.

“If you keep your mindset on it and keep working to achieve that, you can achieve your goal and do what you want,” seventh-grader Alex Siede said.

Especially now that they’ve seen the sky is definitely not the limit.