It's been a year since HISD's superintendent abruptly quit and high-tailed it to New York. Since then, the search for his replacement has been a circus. 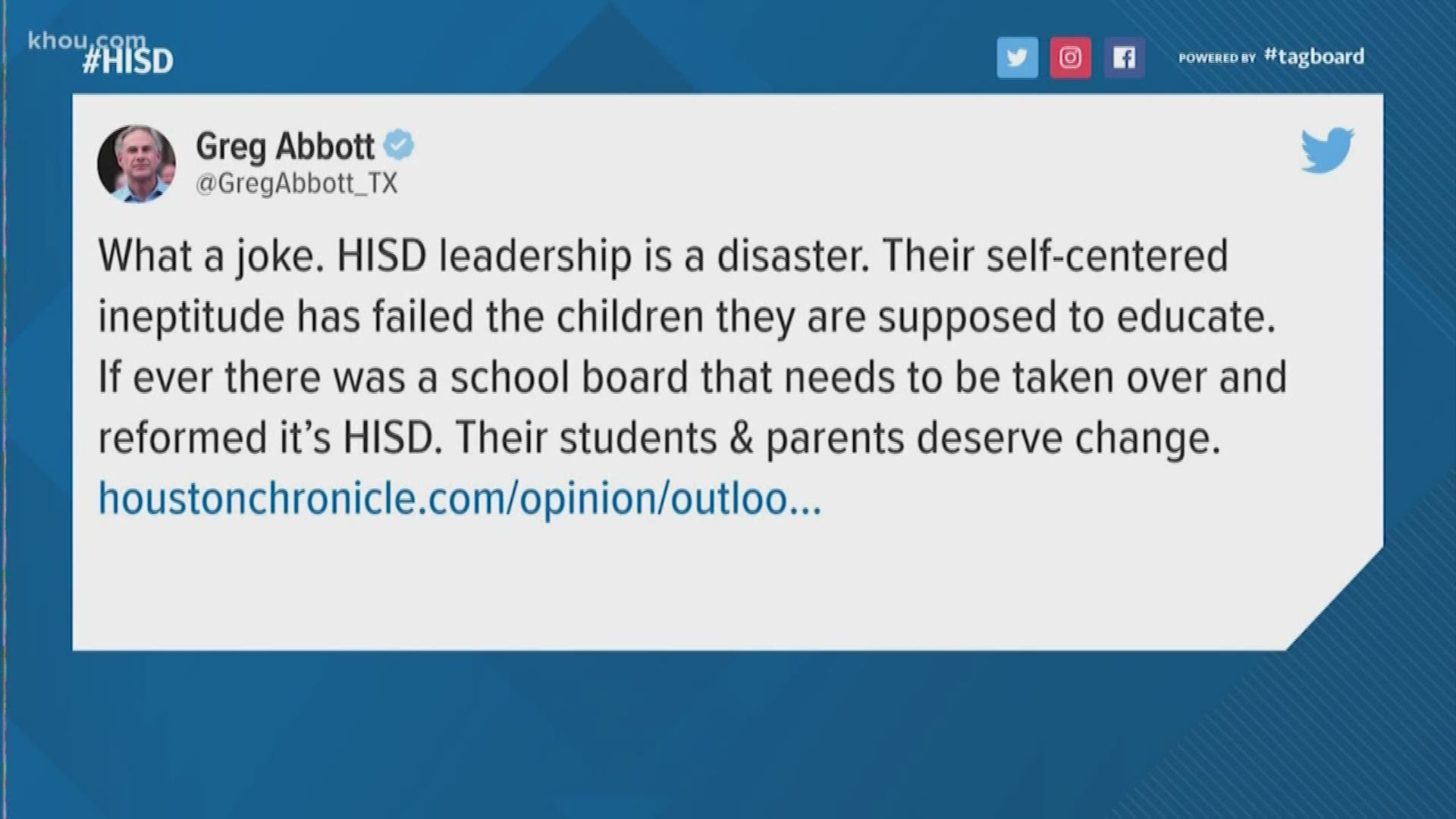 HOUSTON — There’s another roadblock in HISD’s ongoing search for a permanent superintendent.

The Texas Education Agency ordered the state’s largest school district  to temporarily suspend its search for a new superintendent until the state completes its special accreditation investigation.

The search began in March 2018 after Superintendent Richard Carranza abruptly quit to take a job in New York.

That’s when the soap opera began:

Last October, the board announced that Lathan would be replaced by former HISD superintendent Abe Saavedra.

After a backlash, HISD held a news conference to apologize for their behavior during the explosive meeting where they removed Dr. Lathan. The whole mess was caught on camera.

“We will work to improve our behavior as adults, treat each other with respect, and embark on the right focus of doing all we can to improve academic achievement for all our students,” Trustee Jolanda Jones said at the news conference.

Saavedra withdrew his name and said he was no longer interested.

Lathan was renamed interim superintendent and the board promised to hire a permanent replacement by this month.

In January, Gov. Greg Abbott gave the TEA his blessing to take over the HISD board, which would be unprecedented.

"What a joke. The HISD leadership is a disaster," Abbott tweeted. "Their self-centered ineptitude has failed the children they are supposed to educate."

With today’s action by the TEA, the soap opera continues.

RELATED: HISD takeover threat: Why is it happening and how would it work?

RELATED: 'We would like to apologize:' HISD board renames Dr. Grenita Lathan as interim superintendent