Bus drivers, food service workers and teaching assistants were worried they wouldn't get paid if the school year doesn't start on Aug. 18. 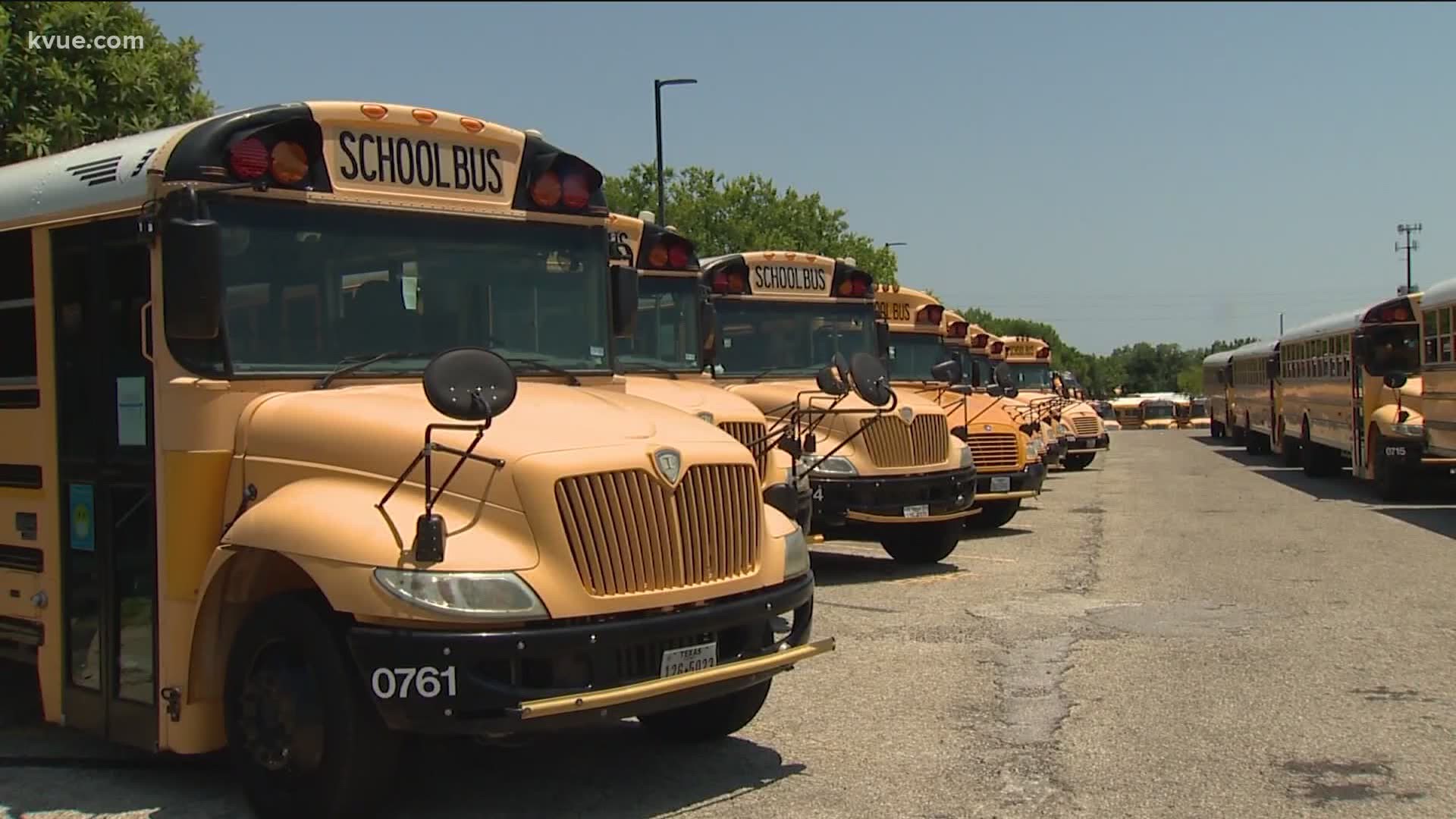 AUSTIN, Texas — Hundreds of classified Austin ISD workers, such as bus drivers, food service workers and teaching assistants, were worried they wouldn't get paid if the school year doesn't start on Aug. 18.

But now, according to Education Austin on Thursday, that's not the case.

"VICTORY: All classified staff will receive their pay as originally scheduled and will not experience an interruption due to the delayed start date! The district will present an updated proposal to the Board tonight reflecting this demand and the delayed start date," the organization said. "Our members and the community organized and mobilized: their collective action pressured the district into doing the right thing. But the fact remains: Austin ISD administrators have not released a district-wide, written reopening plan. Without a plan, we cannot safely reopen our schools. The fight to protect our students, employees, and community continues."

On Thursday, neither the Board of Trustees president nor an Austin ISD spokesperson could give KVUE a direct answer if their fears were valid if the first day of school is switched to Sept. 8.

"Oh my, it would be detrimental. I'm a single parent with only one income coming in. That would affect my house payment, my car payment, my utility bills, my food," said one Austin ISD teaching assistant who chose to withhold her name.

#BREAKING Austin ISD Board of Trustees will vote on Thursday to set the first day of school for September 8 & it’s applying for 4 more weeks of virtual instruction after that. @KVUE pic.twitter.com/SrqoFFfLYj

Although a big group of Austin ISD community members are celebrating the Board of Trustees' vote on Thursday to move the first day of school to September, Education Austin said no employee should lose compensation because of it.

"That one check would really make a difference. I've been with the district over 10 years and I never ever had this happen so it was really a shock," said the teaching assistant.

Education Austin is telling the Board of Trustees that classified workers deserve "hero pay" for being on the front lines and serving the students. It was a request in a list of demands it released earlier this week.

"Bus drivers, bus monitors, security guards, teaching assistants, food service workers, ISS monitors, and others won’t get paid until the end of September. This is unacceptable. Most of these workers are scheduled to report to work next week and won’t find out until Thursday night or Friday morning that they shouldn’t report and will lose three weeks of pay. Meanwhile, administrators at the top continue to rake in high salaries and still have not developed a reopening plan. We need you to send emails to board members today and speak at the board meeting on Thursday. We need to let them know that while we are happy to delay the start of the school year, our classified employees must be paid. There is money in the fund balance to pay these employees."

Board of Trustees President Geronimo Rodriguez said in a statement:

"It’s my understanding the classified worker questions will be addressed on Thursday. As you know, our food and environmental service staff and child care staff have served our students over the summer at various school sites. There is a lot of work that needs to happen at our schools to start school Sept. 8 and the administration will share opportunities on Thursday."

When KVUE asked the school district about the paychecks, a spokesperson sent this statement:

"The administration is planning for multiple calendar options for the Board of Trustees to consider at its Aug. 6 meeting. More information on how an updated calendar will affect district operations will be available once the board makes a final determination."

The teaching assistant KVUE spoke with said they hope classified workers get the money they deserve.

"Give us something to do virtually that we could help," said the teaching assistant.

Education Austin leaders were encouraging others to send messages to the Board of Trustees to get its attention.

The Austin ISD Board of Trustees meets Thursday at 9 p.m. to vote on the first day of school and the state waiver to extend virtual learning for four more weeks.

On Monday, the labor union for AISD employees, Education Austin, made a list of demands for district leaders regarding reopening schools. The union asked that AISD reschedule the start day for Sept. 8 and asked for online learning to be offered for nine weeks or more beyond that start date.