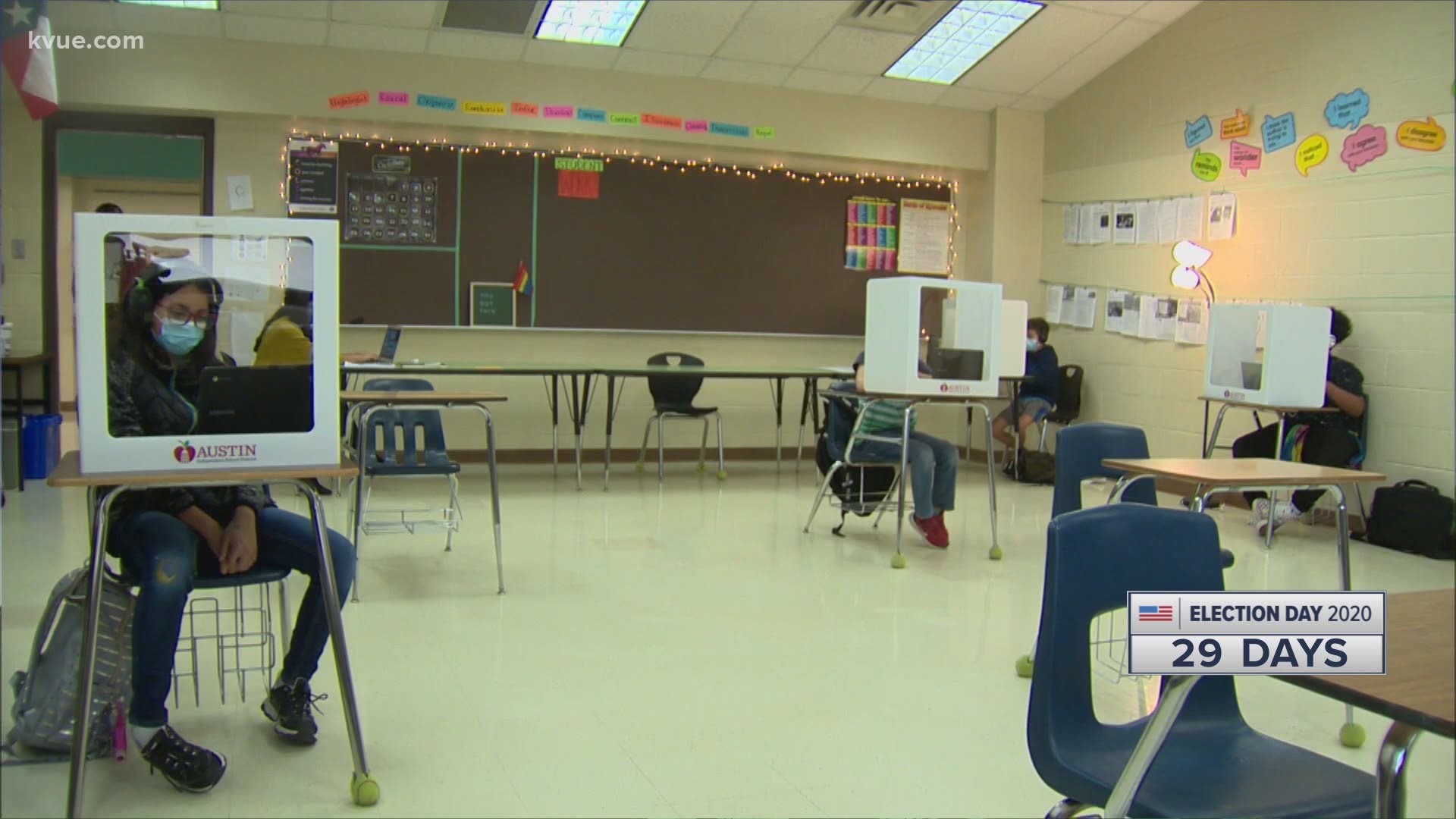 At Covington Middle School in South Austin, safety precautions like social distancing stickers and hand sanitizing stations can be seen inside.

"So we have breakfast definitely in the classroom. We are moving our students to the cafeteria so they bring their shells with them to the cafeteria to eat lunch in the cafeteria. They are spaced out there, only three at a table," said Tai Choice, Covington principal.

But some teachers and students said it is still too early for anyone to be going back into the classroom.

Nathan Baladez was supposed to teach in person at Burnet Middle School Monday, but he stayed at home to teach French virtually. And he has no plans on going back anytime soon because he said it's just not safe for his students.

"We have a lot of African American, a lot of Hispanic students. And just with the data that shows that that population of people, because of lower access to PPE, the spread of the virus is bigger ... Now, our students live in multigenerational households. So with students that can get it and be asymptomatic, they might pass it on to their grandparents or their internal schools or, you know, their older cousins who they're living within one apartment," he said.

Baladez knows his decision is risky.

On Sunday, he received an email from Superintendent Stephanie Elizalde stating, "While we are in positive conversations with Education Austin and our newly formed teacher and principal focus groups, the expectation is still for all teachers and staff, unless an accommodation has been approved, to report to their campus or office in person to work on Monday."

Baladez did not ask for an accommodation. He did notify his principal, in writing, that he would not be going back to teach in person.

"But, yeah, absolutely, there is a fear. We had a meeting with Ed Austin on Sunday that said, you know, the reality is that there can be repercussions to these types of political stances that we as teachers are making right now. And I teach French. It's an elective, it's not a core content, it's not a tested subject," he said.

But Baladez said he's taking this stand because that's how important his students are. He said he would consider going back if the district gave teachers PPE, hero or hazard pay, and limits students in classrooms.

And he wants all that in writing.

Also, an AISD spokesman said out of the 5,500 active teachers, 104 were absent on Monday. The spokesman also said there were 123 central administration staff on campuses to support the return of students.