Austin ISD leaders have been holding community meetings for feedback on the proposed school closure plans since the plans were announced. 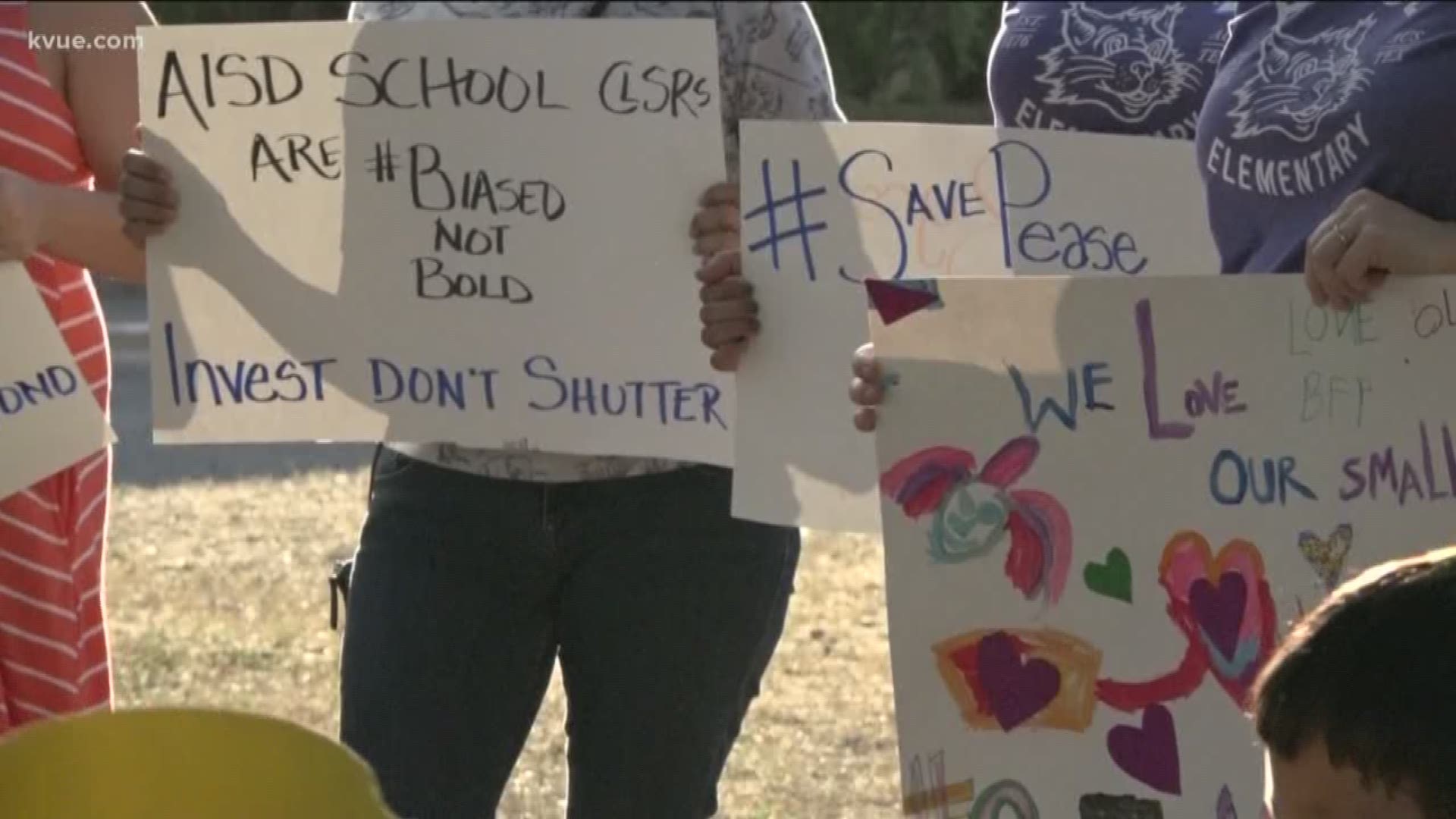 AUSTIN, Texas — Around 100 parents and students who go to Austin ISD schools showed up to Martin Middle School to provide the district with feedback on its proposed school changes that could potentially involve closing up to 12 elementary and middle schools as part of a multi-year plan.

Austin ISD leaders have been holding community meetings for feedback on the proposed plans since the plans were announced. You can find the schedule for those meetings here.

“The goal of the whole school changes proposal is to really get all of our students in modern spaces in the best learning environment and the best programming and the best teachers in front of them," said Cristina Nguyen, the senior communications specialist with Austin ISD.

These plans are not final, and the district says the meetings are important and could affect the proposed plans.

“We are going to be updating our proposals throughout the engagement process," Nguyen said. "So after our more than 20 meetings that we have, we are going to be getting all that data looking through it – looking for trends – seeing what are possibilities that we can incorporate back."

Just before the meeting Tuesday night, Save East Austin Schools! and Save Austin Schools Coalitions, along with others, gathered outside of Martin Middle School with signs protesting the proposed changes.

Some parents who showed up said their schools were not talked about yet, but they wanted to stand in solidarity for the other parents and schools.

"I'm very concerned – I'm concerned that our kids' schools are being sold out from under their feet," said Cary Cordova, whose child goes to Dawson Elementary School. "AISD is coming to visit our school Thursday morning, but I'm here in solidarity because we're all experiencing the brunt of this massive attempt at closing schools."

The district still has campus-specific and area meetings planned that they encourage parents to go to.

They also encourage parents to use Thought Exchange as an online tool to give feedback.

The proposed changes won't go to a vote until November.