Effective 5 p.m. on October 12, Riddick and the MISD school board came to an agreement allowing Riddick to officially resign from his post as superintendent. 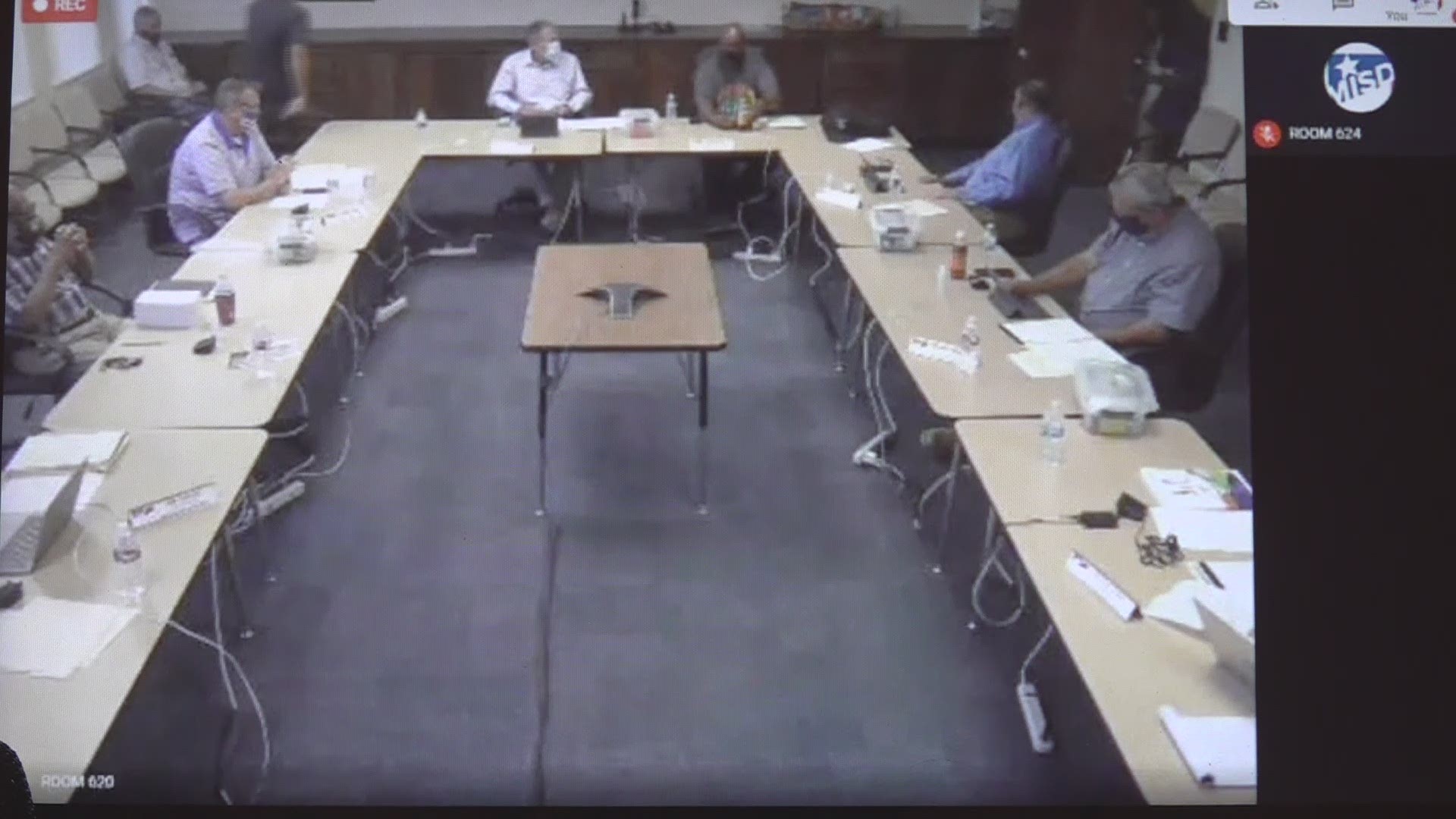 MIDLAND, Texas — The announcement was made after the MISD school board emerged from a closed session Monday night.

Orlando Riddick is officially out as superintendent.

Riddick resigned after coming to an agreement with the school board. There will not be an independent hearing either.

The board and Riddick were both preparing for a hearing while also trying to come to an agreement.

"Both sides had two parallel tracks going. One was, we were always talking with each other about trying to reach a mutually acceptable resolution. At the same time, both sides were preparing to go before the independent hearing examiner and present for our respective cases," MISD Board of Trustees President Rick Davis said.

RELATED: Former MISD superintendent not being terminated by the school board without a fight

Riddick was set to make $550,000 over the last two years of his current contract, but he agreed to a reduced payment so that both sides could move on.

"Rather than fight over that, he agreed to accept $70,000 less federal and state withholding and we agreed to pay it in order for both sides to bring certainty to the situation and allow both sides to go forward with what they're gonna do next,” Davis said.

So where does the board go from here?

They begin their search for a new superintendent.

"The other thing we did this evening was we approved the employment of the Walsh-Gallegos law firm to be our superintendent search consultant and so they will begin the process and we'll do some preliminary work," Davis said.

Interviews for the position won't start until after the November elections because of open seats on the school board, and Davis hopes that they will have their finalist by early February.

"If there are runoffs, we may have to wait until you know first week or two in December, but it is our hope that you know maybe we can complete our search process and name the lone finalist perhaps as early as February," Davis said.

Davis and current interim superintendent Ann Dixon want the community's input on who the next superintendent will be. They plan to hold community meetings and send out online surveys.