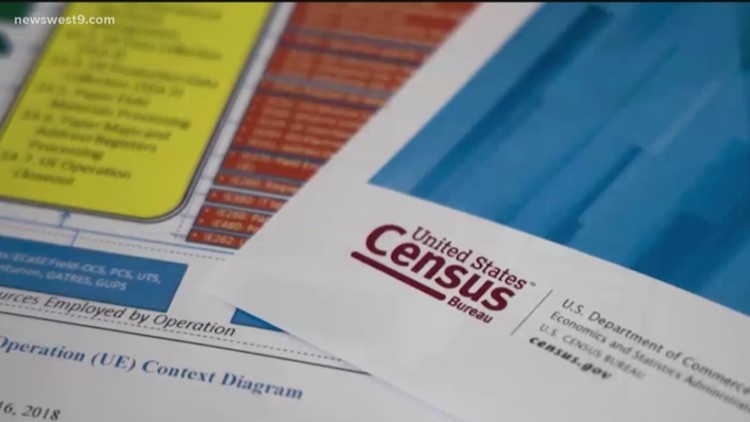 TEXAS, USA — Two Permian Basin schools have been announced as winners by the U.S. Census Bureau for its special online event.

The '"Count ALL the Kids" was a virtual questionnaire completion event put on by the Bureau.

These events encouraged students in Midland/Odessa elementary schools in low-response area to get their families to self-respond to the sentence.

Each school in Midland and Odessa who had the highest number of completed questionnaires would receive a $250 prize. The prizes are donated by David and Elaine Johnston.

Additionally, two parents from each school who had participated in the event won gift cards from several businesses including Kohls, Jumburrito and Casita Gerardo's.

The U.S. Census Bureau also wanted to remind the public that filling out the census is important because the numbers play a huge impact on federal funding that help students and young children.

These funds benefit things like food assistance including reduced-price school lunches and special education or after school programs.

If you have not responded to the census yet, you still have time to do so. You can respond by completing the mailed form, by phone or online at 2020census.gov.

For more information on the census and why reporting accurate population numbers matter, you can click here.

U.S. Census Bureau
Kentucky had the highest cumulative total self-response rate (63.7%)... for all Southern states, followed by Tennessee (60.0%,) and Alabama (58.0%). Explore response rates across the United States at 2020census.gov/en/response-rates.

2020 census kicks off as notices are mailed nationwide

Census Day arrives with US almost paralyzed by coronavirus