Teachers don't feel like they're being heard by the district, but they do feel like parents are heard so parents organized a rally to show support. 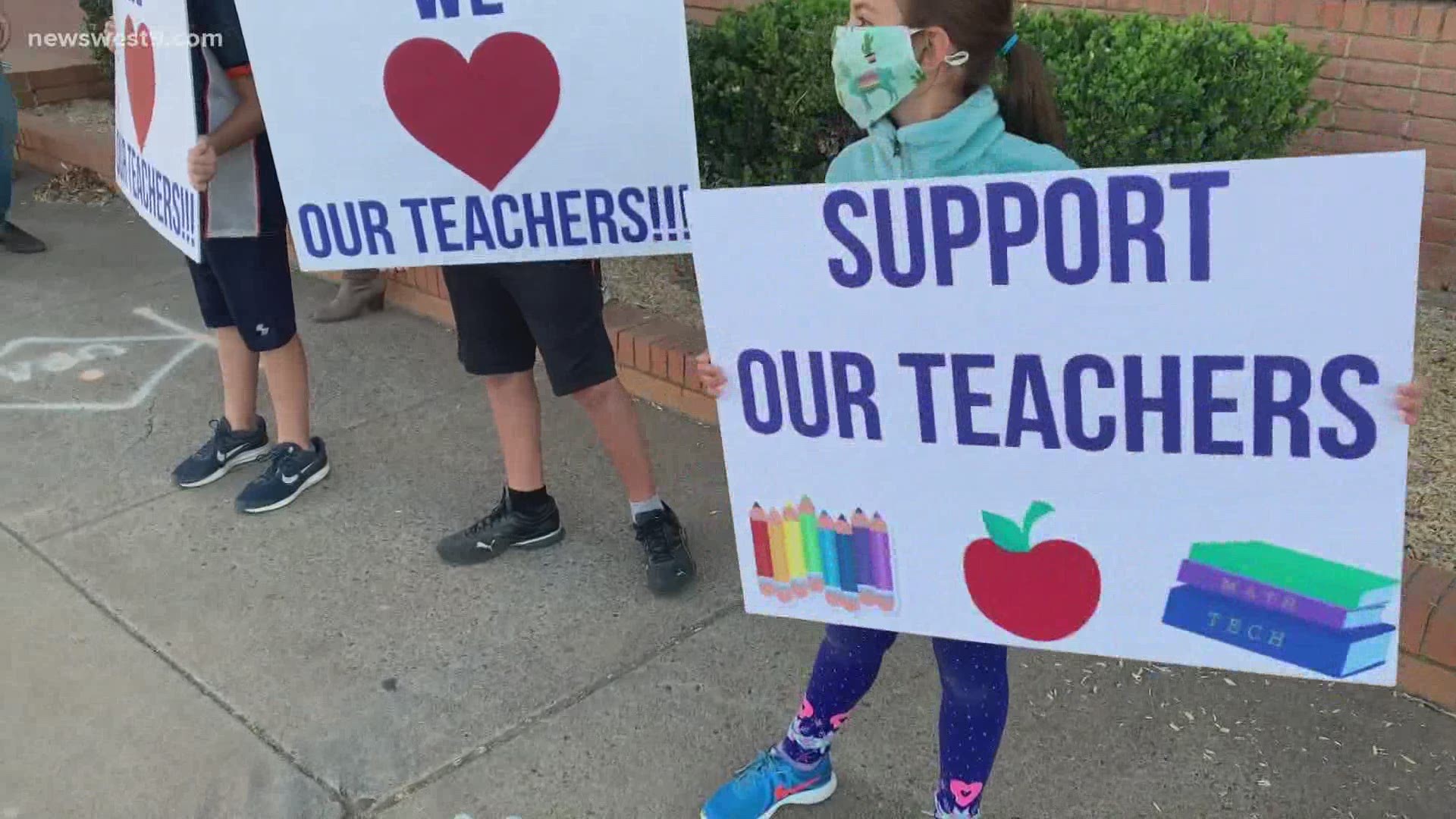 MIDLAND, Texas — As Midland ISD enters Phase 5 of schools re-opening, teachers are worried about the the timing.

Teachers are saying that while we're seeing a surge in COVID-19 cases locally, its not the time for them to return to being in class five days a week.

The problem? They don't feel like they're being heard by the district, but they do feel like parents are heard. To help, parents organized a rally after school Tuesday to show support for the district's teachers.

"The district has started Phase 5 return back to school and some of the concerns we have are that the teachers fell like they've never really had a place at the table," said Dave Cannon, a concerned MISD parent.

Parents of students in the district brought out their signs to the administration building with the goal of being heard.

Cannon has 3 kids who attend MISD. He's worried that the district is giving the teachers too much work to reasonably balance.

"They feel that they're kind of behind the 8 ball at this time to not only administer in person instruction but then also online instruction at the same time," Cannon said.

The district's interim superintendent Dr. Dixon says that while the district does fully support teachers, it's the students who come first.

Cannon believes that if the teachers aren't taken care of by the district, they won't be in an ideal position to take care of the students.

"They're our first line in our schools and they're the ones who impact our kids the most from eight to five, and we need to allow them to see that we stand behind them no matter what," said Cannon.

The parents who showed up to rally said they just want the local teachers to feel supported and to have a voice when the board is making decisions.