It took all day, but the Midland ISD bond recount is final. 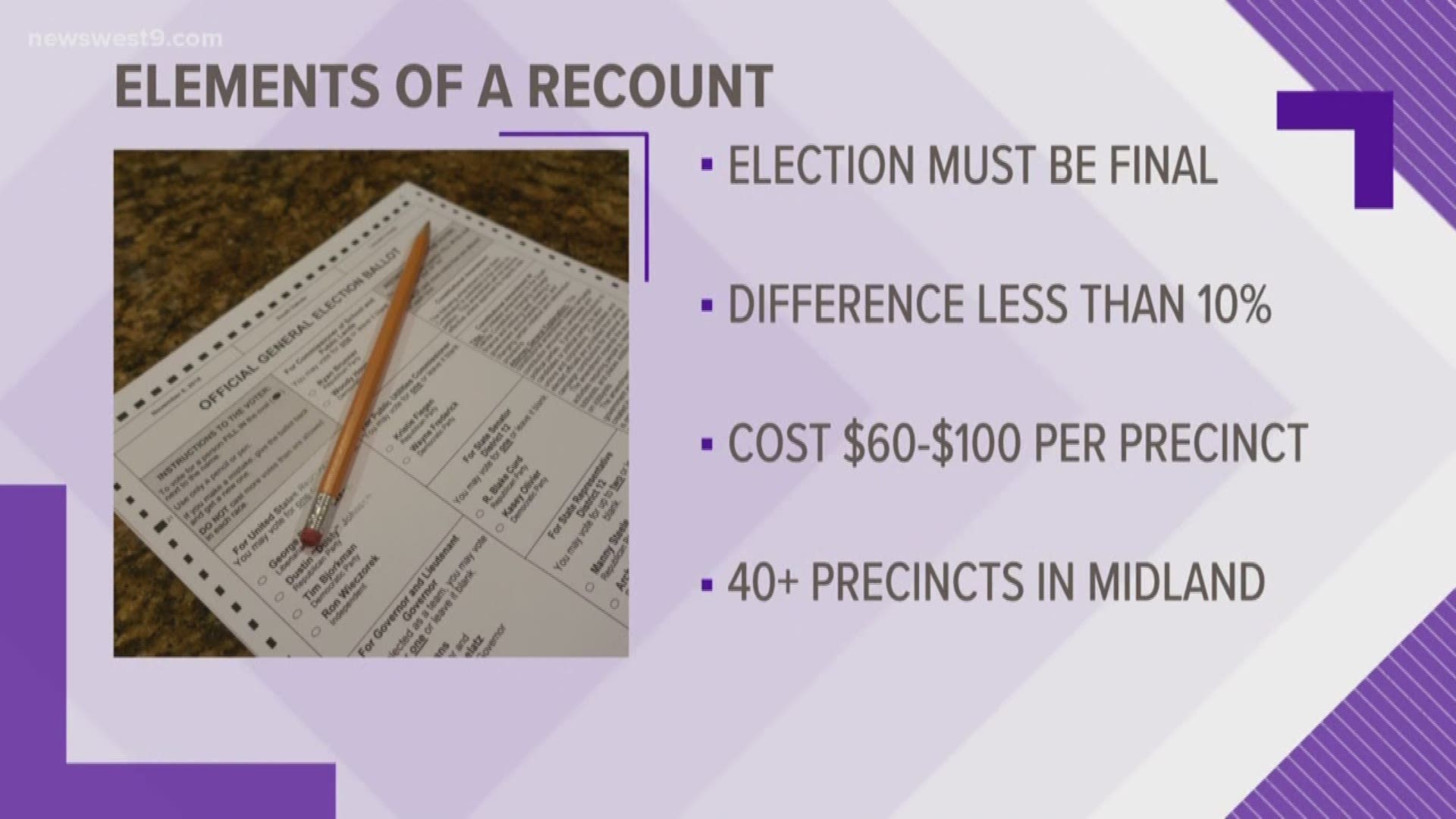 MIDLAND, Texas — EDITOR'S NOTE: The video above is from before the recount on 11/19**

More questions than answers hours after the recount process shows the Midland ISD school bond passed by 11 votes. The opposition group, Better Bond for Midland, is saying over 800 ballots are missing. Midland ISD board president and recount supervisor Rick Davis says the committee hand-counted every ballot the Midland Elections Office had. A tally sheet sent to NewsWest 9 shows ballot discrepancies by precinct -- numbers counted by the committee do not reflect Election Night numbers.

In total, the recount committee counted 22,811 ballots. The Elections Office originally showed 23,631 ballots were cast on the proposition. The confusion with ballot numbers began with the issues the county had with the machines on Election Night.

It was first reported that the bond passed by 17 votes Election Night. When official results were released on Nov. 12th, it was learned that mail-in ballots were not included in the unofficial cumulative results published Election Night. Those results showed the bond actually failed by 25 votes.

Our calls to Midland County and the elections office staff have not been returned.

It took all of Friday but the Midland ISD bond recount is final.

We Choose Our Future PAC confirmed the recount showing the $569-million bond passing by 11 votes.

As of 8:30 p.m. Friday night, the recount committee wrapped up the counting process and prepared to add the tally sheets together.

Each team was tasked with counting over 2,000 ballots each.

Team members had a person appointed by the recount coordinator, We Choose Our Future PAC and Better Bond for Midland PAC.

One person read the ballots while the other two kept tally.

After every ten votes, the team would make sure their marked tallies match each other.

After the final count ten days ago, the $569-million bond lost by 25 votes.