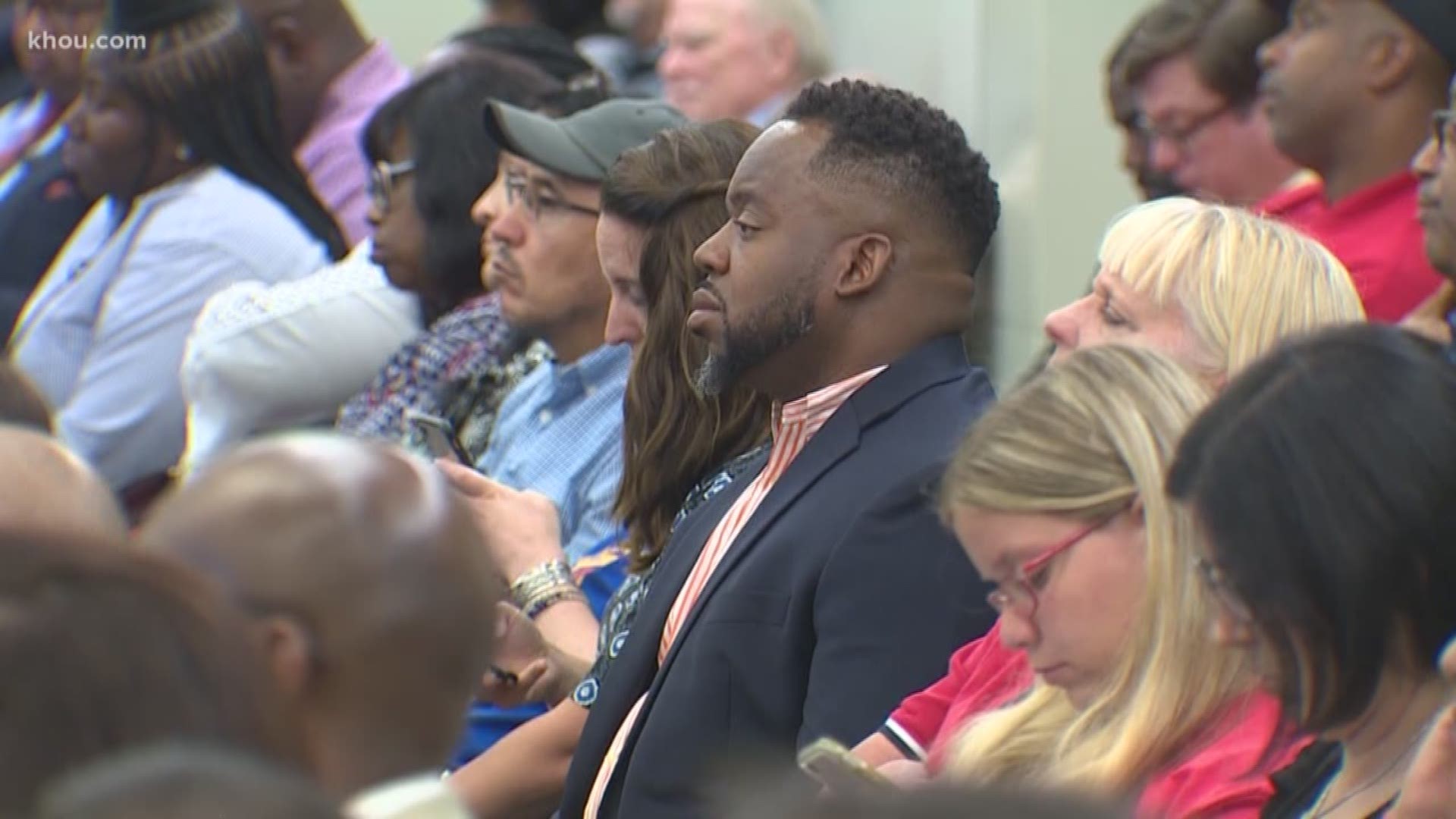 HOUSTON — Members of the Houston Independent School District board of trustees spent hours debating ways to give all staff members raises and avoid layoffs while meeting demands to boost minimum wage.

Trustees proposed and adopted an amendment that included $17 million in department cuts but any staff reductions as a result would be offset by utilizing fund balance.

The spending plan mandates that district employees will see no increase in health insurance premiums.

The approved budget provides teachers, full-time counselors, full-time nurses, full-time librarians and other educational professionals with raises ranging from 3.5 percent to 8 percent, depending on years of service in HISD.

Employees listening during the open meeting said stability in the classroom is at stake.

However, the lowest paid workers in the district would get just 42-cent an hour raises, according to the Houston Federation of Teachers.

Union members were not happy.  Board member Elizabeth Santos proposed an amendment to squash concerns.  She wanted to raise minimum wage to $15 an hour.  District staff warned that move would cost 467 jobs.

Fellow board members offered amendments to the amendment in efforts to get a budget approved.

“They’re showing no respect at all,” Andy Dewey of the HFT union told KHOU 11 News.

Dewey said administrators are undervaluing teachers who could go to other districts for better pay.

The board also approved an amendment to provide no raises for staff earning more than $75,000 per year.  Instead, the district says these employees would receive a one-time $1,000 bonus and two extra vacation days.