The teacher’s union said the district should receive an extra $100 million or so thanks to a recently signed funding bill. 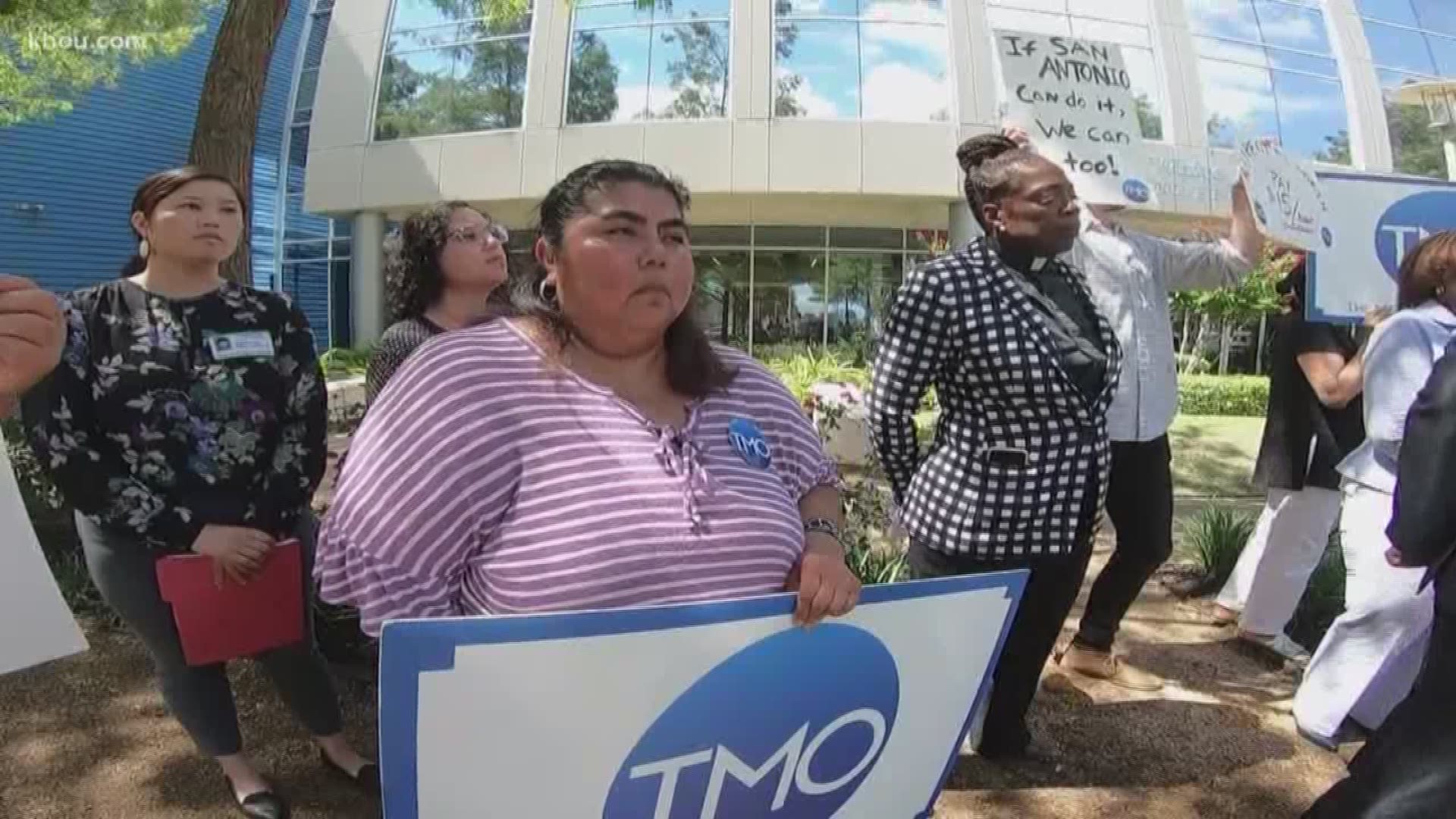 HOUSTON — Demonstrators gathered outside Houston ISD headquarters Tuesday before a meeting inside demanding raises for employees.

“HISD will be making a big impact on families,” one demonstrator said.

“The district is actually, finally, going to present some type of proposal for consideration,” said Houston Federation of Teachers president Zeph Capo.

The teacher’s union said the district should receive an extra $100 million or so thanks to a recently signed funding bill.

“We were in the lower bottom quadrant as a state overall,” Capo said. “And HISD is at the bottom or near the bottom in almost every single category.”

The HISD Board of Trustees previously had no plan to include raises in its $2.1 billion budget, but it expected to add them after Tuesday night’s meeting.

“The compensation package will include a recommendation on salary increases for all employees with a differentiated percentage for teachers based on experience,” district officials said in a press release.

“I think we all support teacher pay raises,” said trustee Wanda Adams. “But we want to make sure that we have the money.”

Adams told KHOU 11 teachers aren’t the only ones being considered.

At last check, the district expected the board to vote on a pay raise amendment on June 27. A proposed tax rate is also being discussed.

Grandmother of dead 3-year-old sounds the alarm on CPS