ECISD is looking to identify several virtual tutoring companies that will help the district at all levels of education. 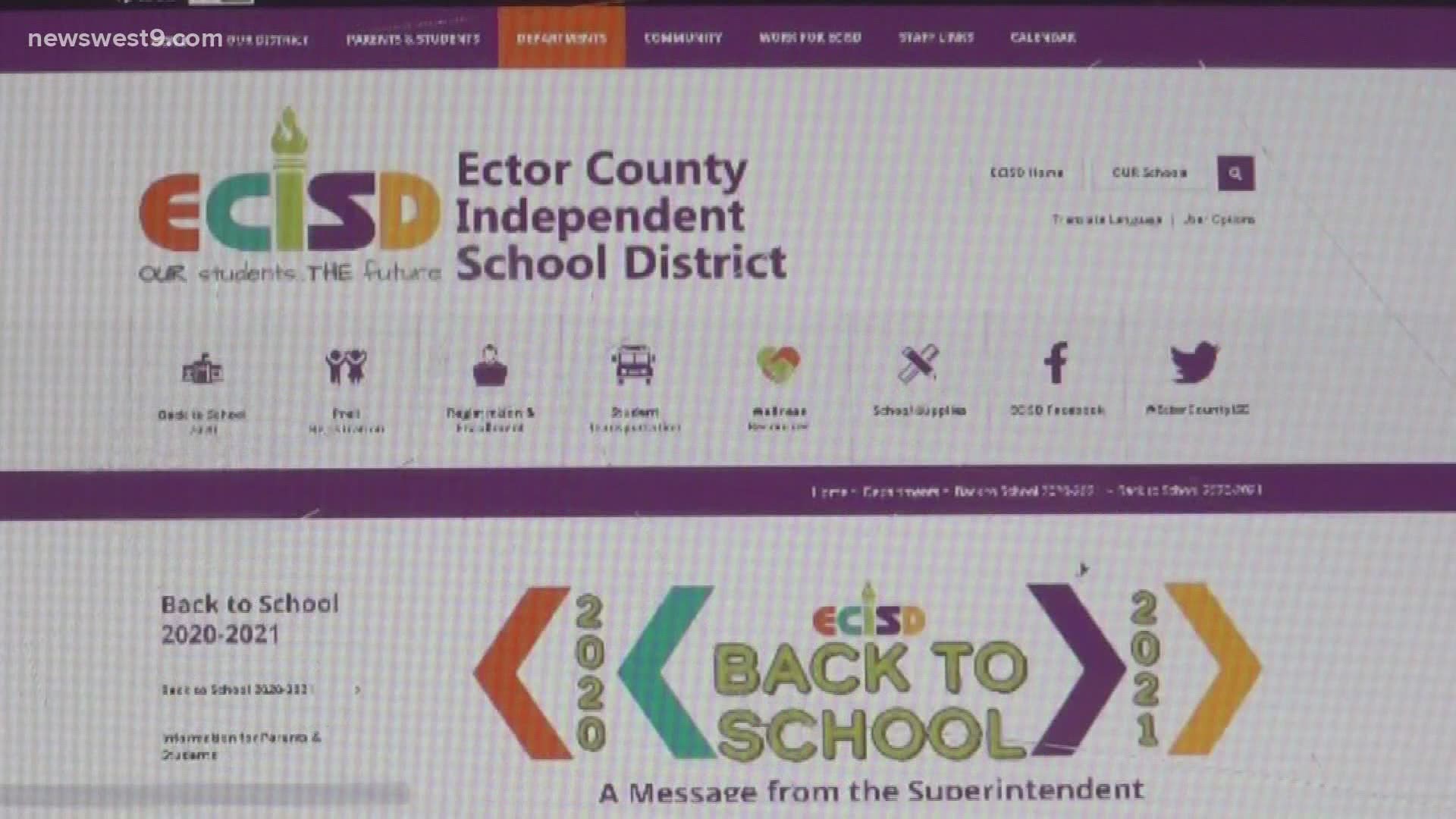 ODESSA, Texas — The Ector County Independent School District is teaming up with Harvard University on tutoring contracts aimed to see academic growth in its students.

This is part of an idea known as outcome-based contracting which means that a company will work with a vendor to improve a situation and that vendor will be paid based off the quality of service they provided.

“Specifically for us, we’re working with Harvard on identifying several companies that do virtual tutoring — they provide high-dosage, one-on-one tutoring to ECISD students … at the elementary, middle and high school level,” said Scott Muri, ECISD Superintendent.

ECISD's main goal is to identify these vendors with the help of Harvard and pay these vendors once student academic growth has increased according to the Odessa American.

“We’re going to use a growth measure. We have an assessment in ECISD that allows us to monitor the academic growth and performance of our students, and so we will tie that growth measure to the contract that we agree to with the partner. Again, Harvard is helping shape that contract to make sure that we’re using some really good analytics to define student success and then ultimately using that to define the dollar amount that we would pay those vendors,” Muri said.

Students will be tutored in various subjects including English, math and science. Based off of what Harvard has to say, the district will then decide which services to pay.

“As a part of our work with Harvard, a group of tutoring companies has already been identified. They have been pre-vetted, if you will, by Harvard as first of all folks that will provide a service that is of high quality, and secondly companies that were interested in working on this type of contract. Not every vendor is interested in working in this environment. Many vendors simply want to sell their service to you regardless of its affect on kids. … In this case, the contracts kind of guarantee the success of the product with our kids,” Muri said.