The messages were posted in the comment section by a student unregistered to the class. 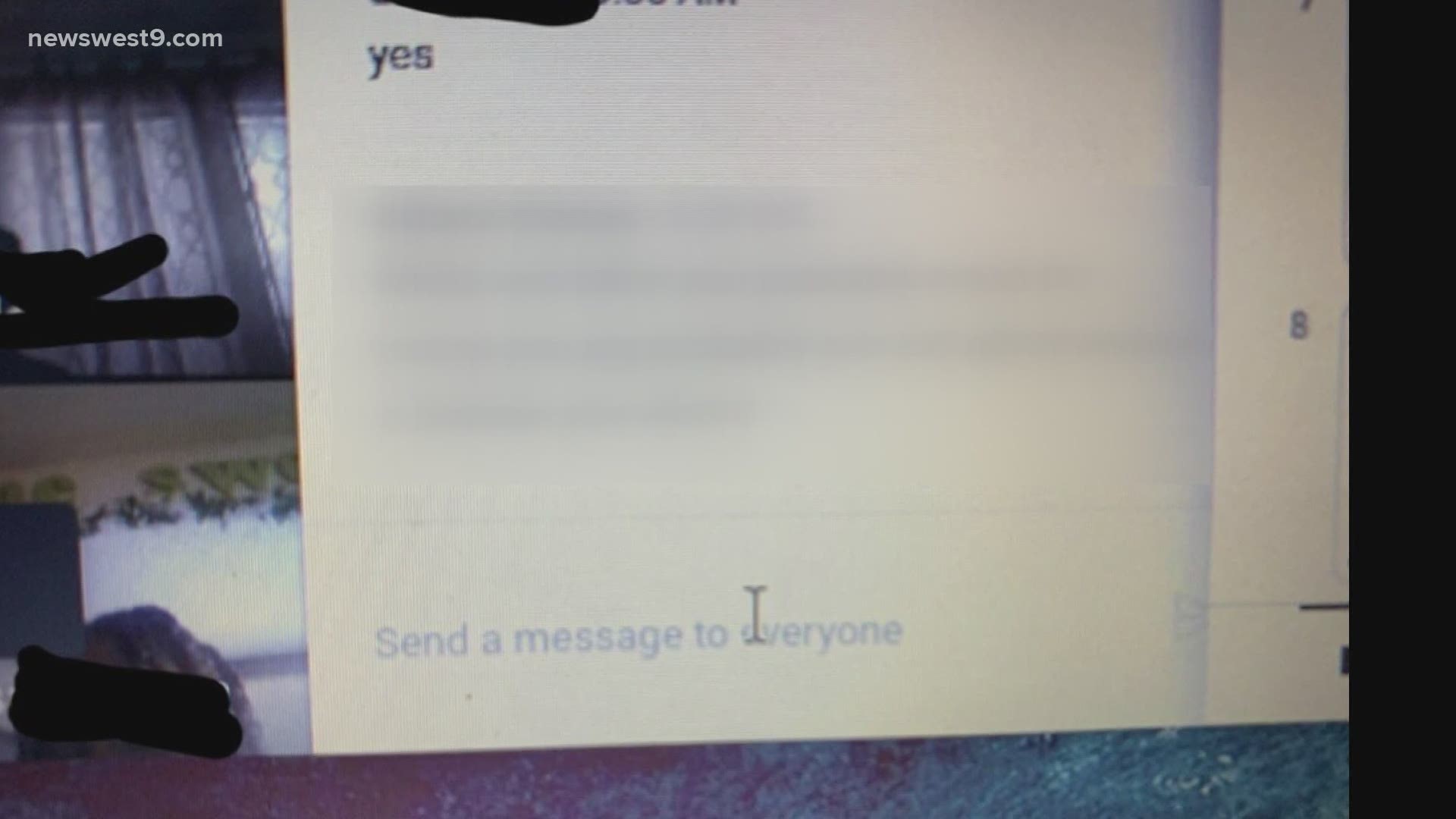 ECTOR COUNTY, Texas — As students, teacher, and the entire ECISD adapt to virtual learning, so have some trouble makers.

On August 26, profanity laced messages were posted in the comment section of a Wilson and Young Middle school online class.

District officials are calling the incident unfortunate, but also a teaching moment.

It's also a type of incident the district is actively working to prevent in the future.

The tech security team with ECISD believes the problem was caused by a mischievous student rather than a hacker.

"These classes are not accessible to people outside of the district, however all students have ECISD codes and they can log into a class they're not supposed to be in," said Mike Adkins of ECSD.

It's a problem the district is working to fix.

"We're getting information to our teachers as quickly as we can on ways to combat this, it's just another layer, another thing that we're working on, and Google is working on it too, so we'll continue to tighten up security," said Adkins.

There's also concern that students may be guessing other students ID numbers in an attempt to hide their identity when "dropping in."

The district is now encouraging all students from 5th to 12th grade to reset their passwords for Google Classroom to keep their accounts secure.