"This man represents that the learning never stops," the principal said. 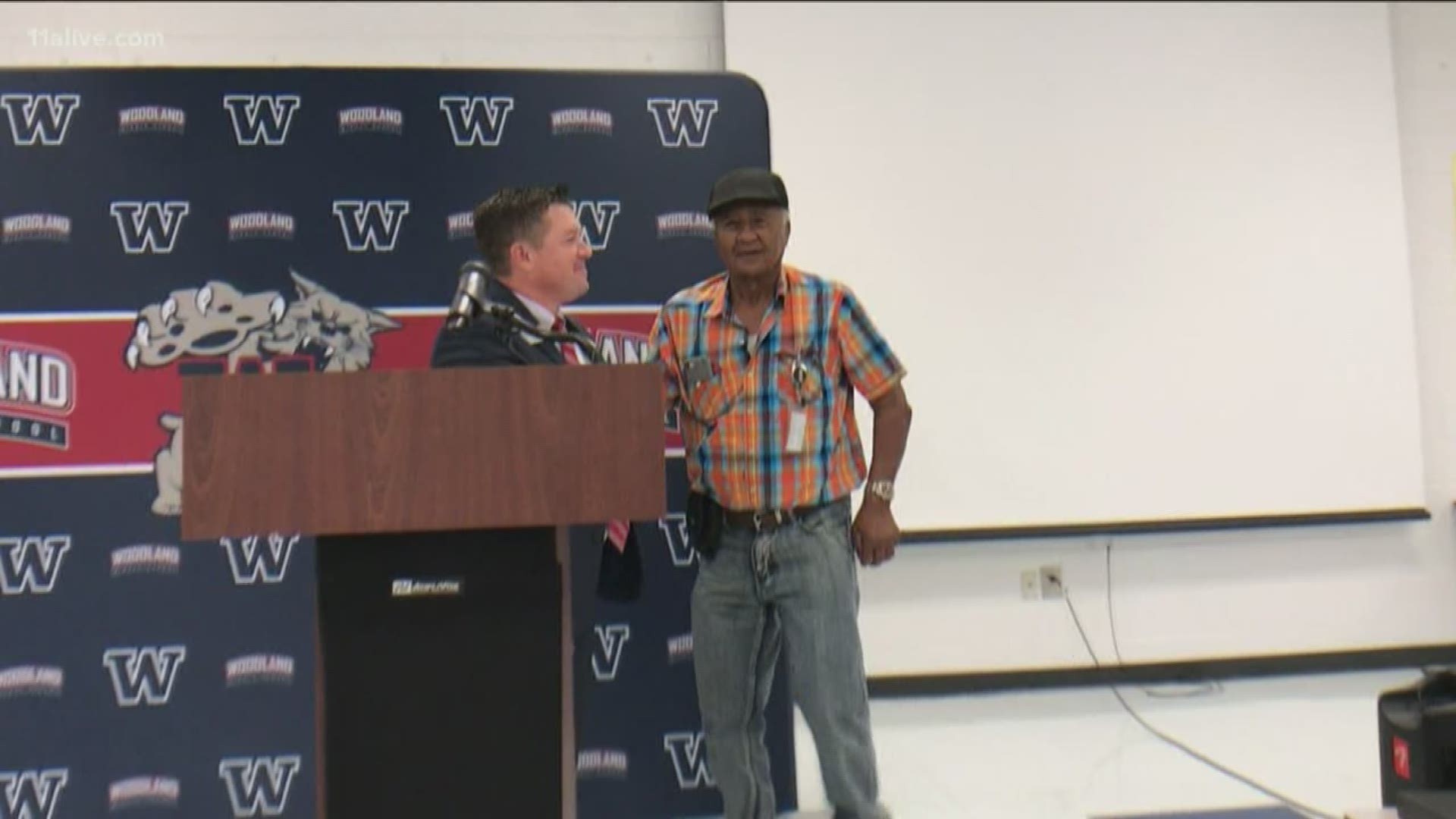 BARTOW COUNTY, Ga. — An 81-year-old Bartow County school custodian is being celebrated for a major accomplishment.

After 67 years, Herbert Perkinson finally earned his GED. Not only that, he's receiving a promotion. Perkinson is a custodian at Woodland Middle School and has been there for almost five years.

He was up for the job of head janitor, but he didn't qualify because he needed a high school diploma or a GED.

"It broke my heart and his to that we couldn't offer him the position at the time," Michael Blankenship, the principal, said.

However, he took classes and applied for the job after the principal encouraged him to do so.

"I never would have tried to get it but he wanted me to take this position," he said.

With the help of his daughter, they went to work.

"He finishes what he starts," Blankenship said.

Perkinson was honored at the school and received a standing ovation as the principal talked about the accomplishment.

"This man represents that the learning never stops," he added.

The acknowledgment was certainly a surprise.

"Everybody else knew it except me," he said.

To top it all off, it's his 20th wedding anniversary.

Clayton County student who died had been practicing in heat, source says