Downtown Odessa's photo scavenger hunt starts next week. How you can participate and WIN! 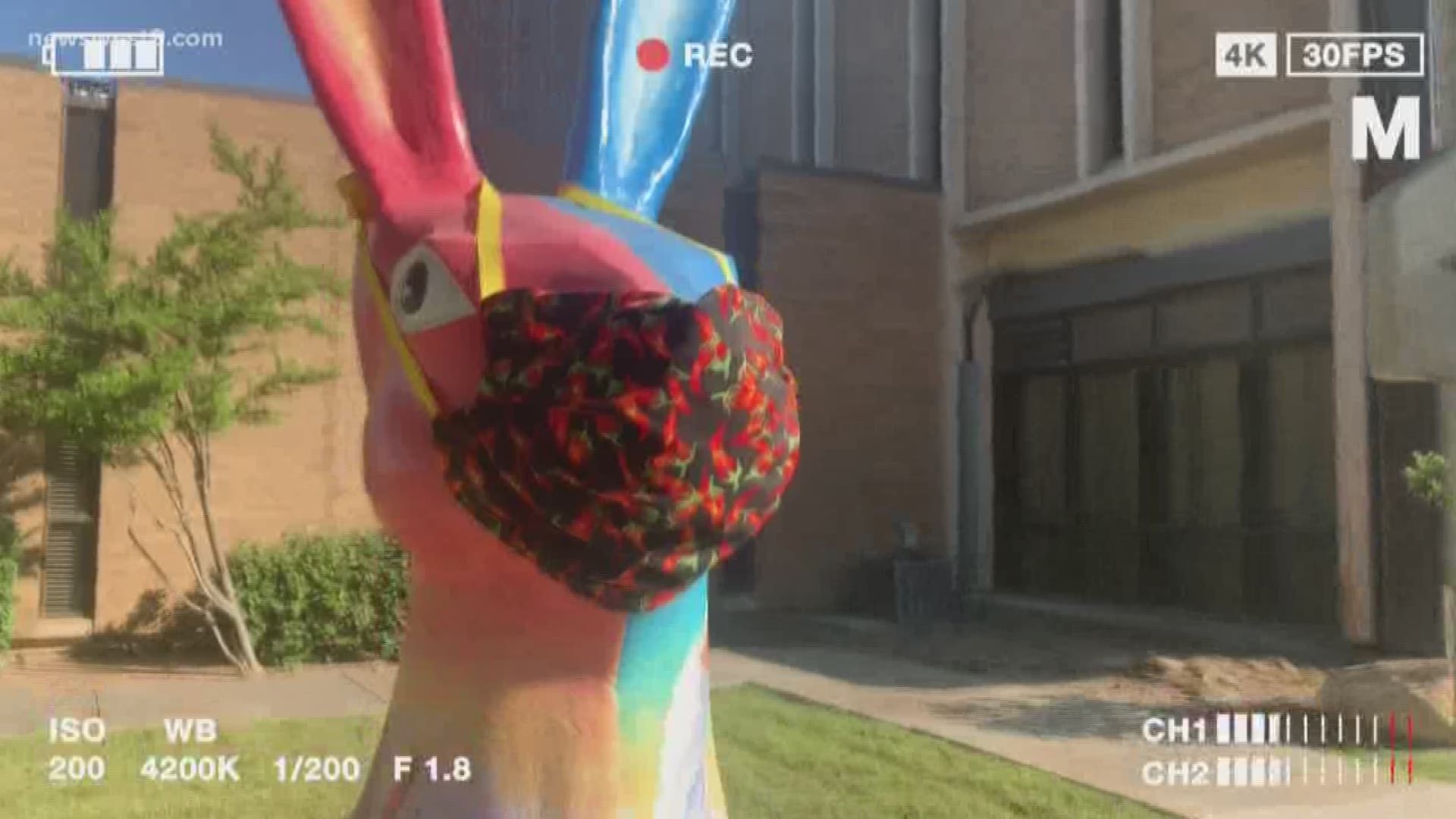 But because of COVID-19, the event had to be canceled.

The city decided to get creative and still bring people together for the holiday while still practicing social distancing.

Starting June 22, you can expect to see community members searching high and low throughout downtown as they participate in the city's first downtown photo scavenger hunt.

Oh Say Can You See Revitalization Hunt
Find the location featured in each clue Take a selfie in front of each location Once you've found all 5 locations, send all 5 pictures in one email to downtownevents@odessa-tx.govto be entered to win great prizes.

"We have two weeks we're going to be playing. Each week, five photos will be released and the idea is for you to go and find them," said Lambert.

You can find these photos on the City of Odessa's social media pages, and NewsWest 9 will also be spreading the word and posting the weekly images.

The photos can be of walls, landmarks, really anything is fair game as long as it sits within the Downtown Footprint.

Once you find the item in the photo that the city posts, your next step is to take a selfie with it and send it in.

"The first 20 people each week with all five entries correct will win a prize valued at least $100," said Lambert.

Selfie submissions will be accepted via email to downtownevents@odessa-tx.gov

Downtown Odessa, Inc.
Looking For Something To Do? Come Downtown To Find It! Starting Jun... e 22nd, be on the hunt in downtown to win some amazing prizes by participating in the Oh Say Can You See Revitalization Hunt! Photo clues will be released and all you need to do is track down those locations, snap a selfie, and send them in for a chance to win!

Entries must have all five locations correct to be eligible to win a weekly prize.

Each correct photo submitted by an entrant will also have a chance to win a grand prize to be given out on July 3, valued at over $1,000.

It's not about the prizes though. Lambert believes this is a way to bring people together while we're forced to spend time apart, while also attracting people to the downtown area.

The prizes have been donated by downtown Odessa businesses or will be purchased through funds that would've otherwise been used on the Firecracker Fandango.