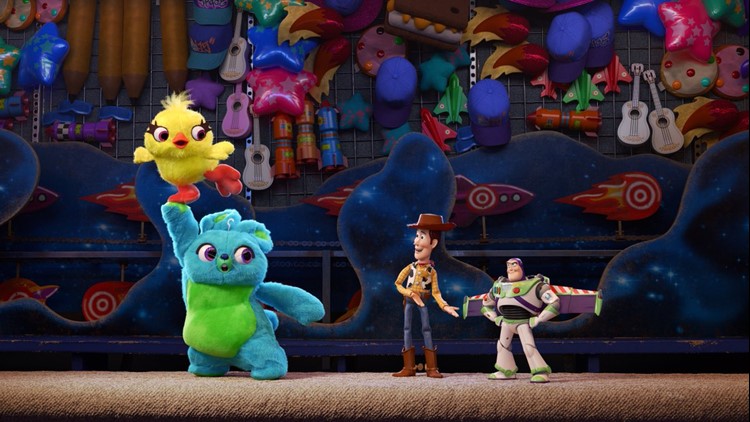 The trailer, released Tuesday morning, is our biggest glimpse yet at the plot of the fourth installation of the beloved franchise.

Last November, Disney-Pixar teased the introduction of a new character called "Forky." In the full trailer, we see Woody, Buzz and the gang journey upstate with their new owner Bonnie. Forky turns out to be Bonnie's new craft project turned toy.

“Forky is the most important toy to Bonnie right now,” Woody tells the gang. “We all have to make sure nothing happens to him.”

Forky isn't so sure about being Bonnie's most important toy, since he's a spork with googly eyes and pipe cleaner arms. He has a bit of an existential crisis, calling himself "trash" and not a toy. When he jumps out of the family's RV during a road trip, Woody must follow him on an unexpected solo trip.

The two end up in an antique store where Woody is reunited with his old flame, Bo Peep. it's her first appearance in 20 years, after she was sold in a yard sale in "Toy Story 2."

“Bo’s taken control of her own destiny,” said “Toy Story 4” director Josh Cooley in a release from Walt Disney Studios. “While Woody was watching Andy grow up, Bo gathered dust until she took it upon herself to head out into the world. And when Woody shows up, they can’t believe that they’ve found each other again.”

The lovebirds reunion might be rocky though. "After years of being on her own, Bo’s adventurous spirit and life on the road belie her delicate porcelain exterior," Disney said in a release. "As Woody and Bo realize they’re worlds apart when it comes to life as a toy, they soon come to find that’s the least of their worries."

“Toy Story 4” is directed by Josh Cooley and stars Tom Hanks and Tim Allen as Woody and Buzz. It will hit theaters June 21, 2019. Watch the trailer here.