Texas school districts get money for hotspots and other connectivity devices. This report shows it may take us all chipping in to close the digital divide. 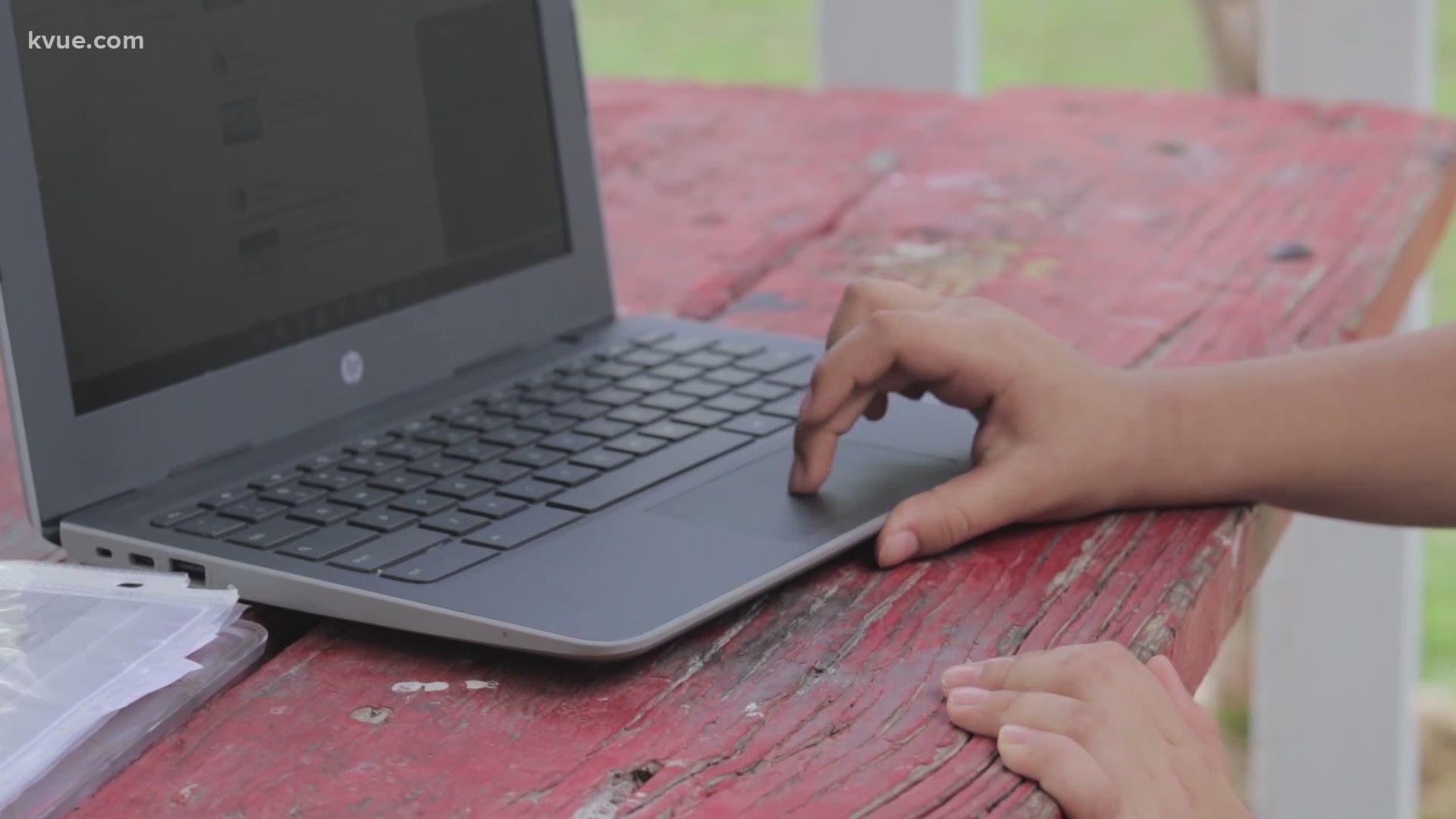 “This is where all the WiFi’s are,” said Uribe’s little girl pointing to the lower-right corner of her computer screen.

The WiFi shows up on the computer screen, but often doesn’t have a signal.

When school began, the household had two hotspots and had a school bus parked in their front yard to give off WiFi.

The bus needed to go back in service shortly after school started.

“But it just doesn’t let me log on. Let’s close it real quick,” the girl said.

She counted to five.

“Is that how your teacher told you?” Uribe asked.

“I was told I need to restart my device because sometimes it doesn’t work,” the girl said.

The two walked off the front porch and towards the parked bus.

The teacher joined late. So, after the students logged on and worked out technical issues, not as much time was spent for instruction.

“If you can imagine having multiple kids in one household. It’s a lot,” Uribe said.

It’s a lot for teachers, too.

Monta said her students often have connection issues and alert her through emails when they get service back.

“‘Miss, I missed class. My internet keeps kicking me out,’” Monta read. “‘My hotspot is not working. I'm sorry. I don't mean to be disrespectful to you.’ ‘Miss, I appreciate your patience with me. It keeps kicking me out of my class. This is three and just this last session.”

Monta got four emails in less than 10 minutes.

A 2020 state broadband report shows Texas is one of six states that without a broadband plan.

It shows the State also has problems with regulations, coordination, transparency and broadband adoption rates.

“It just adds up from day-to-day when they continue having these issues. And then we expect them to do all this work when they're trying,” Rolando Ramirez, Southside Superintendent, said.

Southside ISD rolled out thousands of hotspots and computers.

It doesn’t close the gap.

“When you see the reports and they're just numbers on paper, but when you see families … it's something that's heartbreaking. These kids want to come to school. They want to learn. It's just that this issue of having connectivity has become such a problem,” Ramirez said.

“It all depends on that tower and we can provide the hotspots. If that signal is not there, then there's not much we can do,” Ramirez said.

“It’s really overwhelming and stressful / and frustrating / and it’s sometimes devastating because you can’t do it all by yourself,” Uribe said.

This is where folks like Gaby Rowe come in.

Rowe is the project lead for Operation Connectivity, Gov. Greg Abbott’s initiative to get more internet devices for schools. She helped secure a 30% discount for schools to buy bulk equipment like hotspots.

So, Rowe is looking to get more information from providers.

“It's incredibly important for us to know about specific addresses,” Rowe said.

Rowe's team is building a database.

“We're building a highly-secure database so that we can extract information from that database about areas that have coverage from providers and areas that don't without any one competitor being able to access the data of anybody else,” Rowe said.

All of this comes at a cost.

The same 2020 report showed much of federal broadband grant money goes to providers and  not states.

The Governor’s Broadband Development Council claims the Texas Universal Service Fund (TUSF) is unable to pay for programs throughout the year.

The fund is part of standard cell phone bills.

“The current TUSF assessment rate is 3.3%. Over the years, TUSF high-cost disbursements have shrunk from a high of $572 million in 2006 to $198 million in 2019, excluding administrative expenses,” the report showed.

School districts like Southside ISD have a plan for students who attend school at home, but don't have broadband access.

“Every teacher is different,” Uribe said.

For some, printed lessons and assignments, come with a code.

“They have QR scanners, which is a scan to see videos for the classrooms,” Uribe said.

“So, you still need the internet?” Erica Proffer, reporter, asked.

“The internet, yes. So they log on to YouTube to watch those videos. Then, [teachers] will discuss with the students,” Uribe said.

The need for connectivity remains. 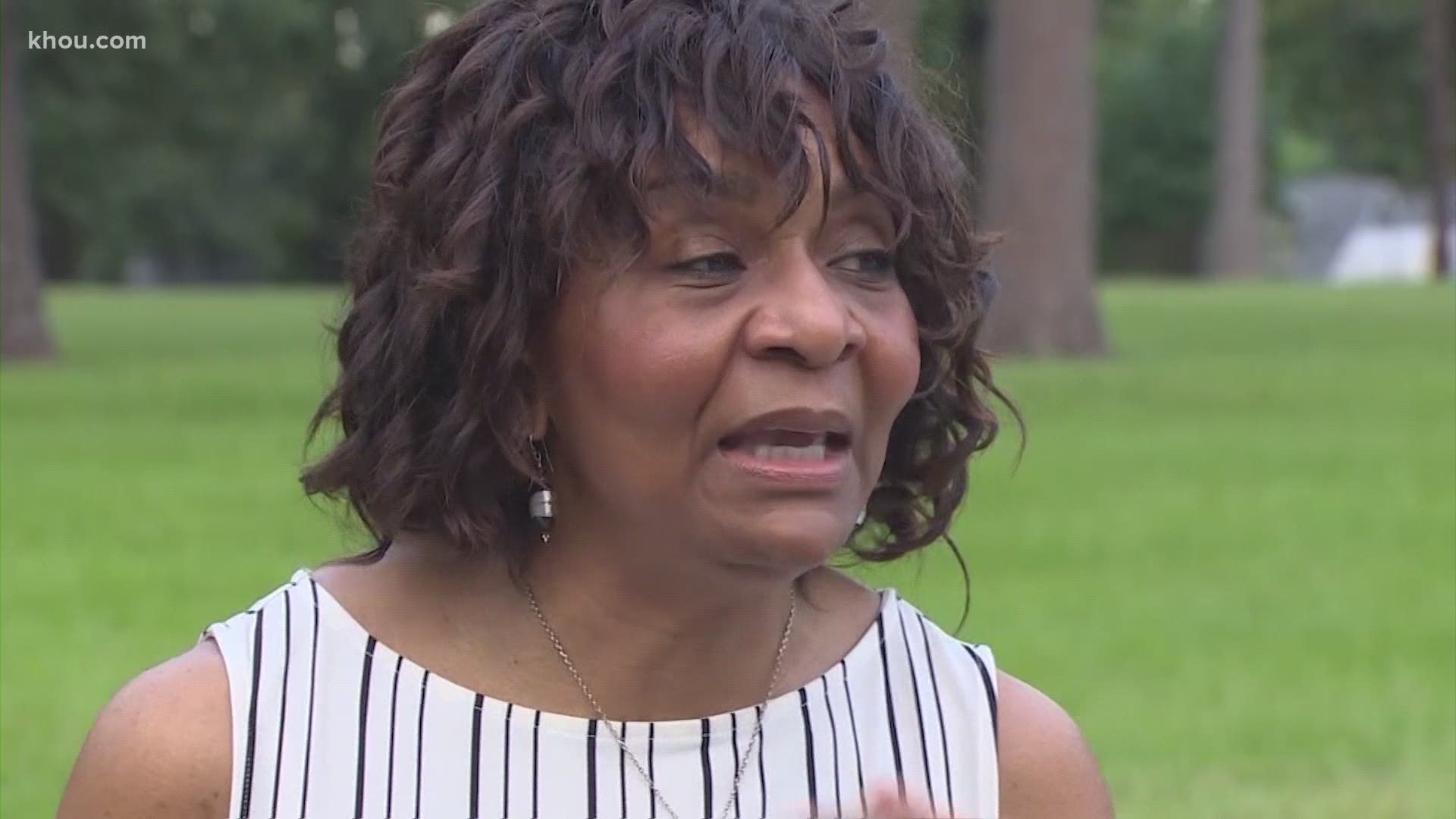 A woman's quest to register voters in Texas