Jonathan Ellihou walked around the Capitol with a small Bluetooth radio speaker in his hand. 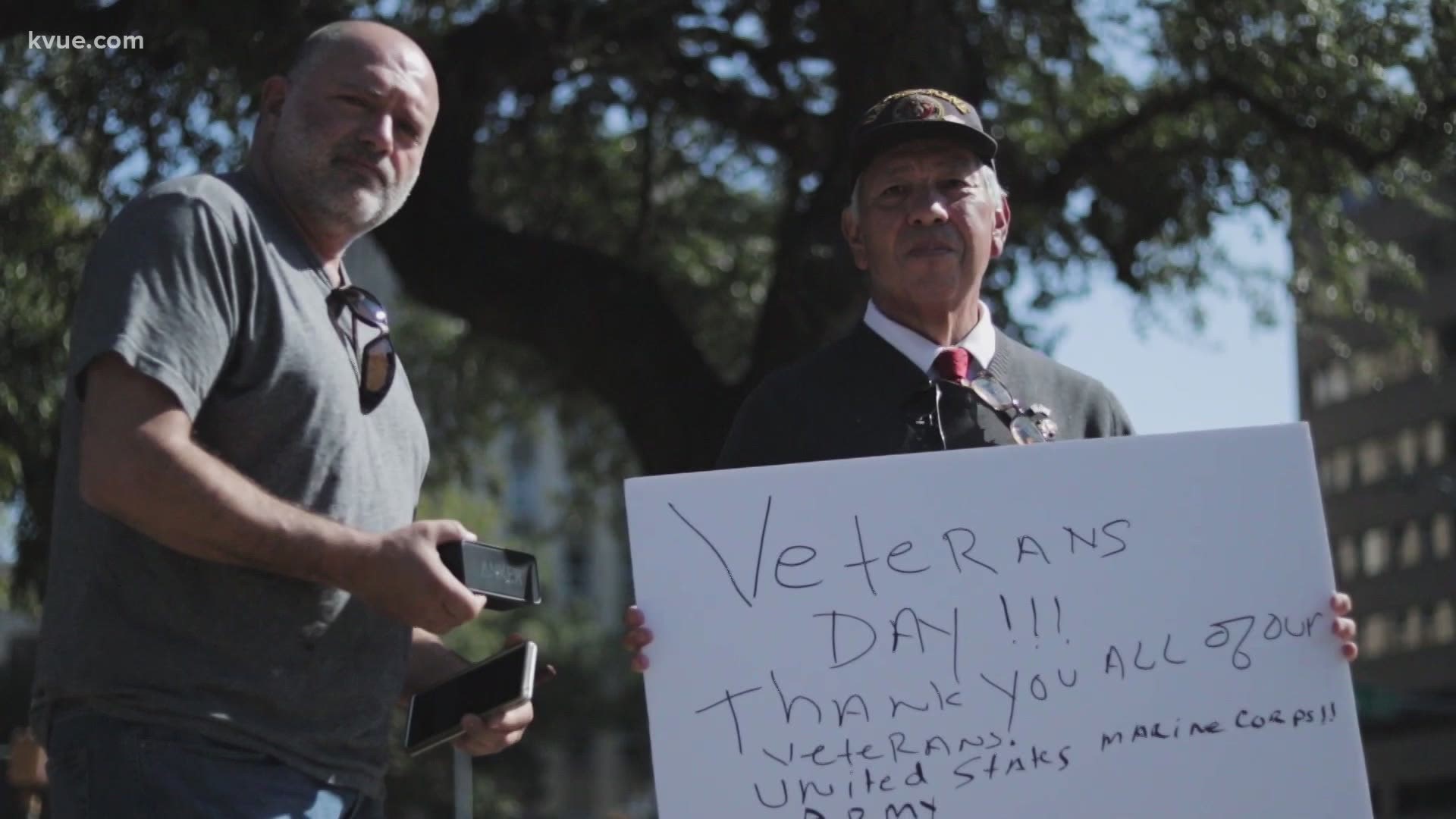 AUSTIN, Texas — The annual Veterans Day Parade did not happen in Austin this year.

The Capitol grounds were closed as guardsmen kept watch.

“I came down to support the troops,” Jonathan Ellihou said.

Ellihou walked around the Capitol with a small Bluetooth radio speaker in his hand. Synced to his phone, Ellihou would play any song a veteran wanted.

“There’s that one song. You probably don’t have it. It’s ‘We Gotta Get Out of This Place,’” Gus Pena said.

Pena served in the Marines during the Vietnam War. A close friend died in that war. Tears ran down his face as the chorus to The Animals' song began: “We gotta get out of this place, if it's the last thing we ever do.”

“It’s a special day for me. It always will be,” Clay Little, Air Force veteran, said.

Standing outside the gates of the heart of Texas, veterans made new friendships and remembered their fellow comrades.

“Be proud of what you did. It’s a service to our country,” retired Army Major James Stevenson said.

Even with no ticker tape, no balloons, no fancy cars or marching bands, we remembered.

“Thank God for the United States of America,” Pena said.

To all veterans, thank you.

US Secretary of State Pompeo brushes aside results of presidential election