We look at voter turnout, party lines, absentee ballots and demographics of the voter. 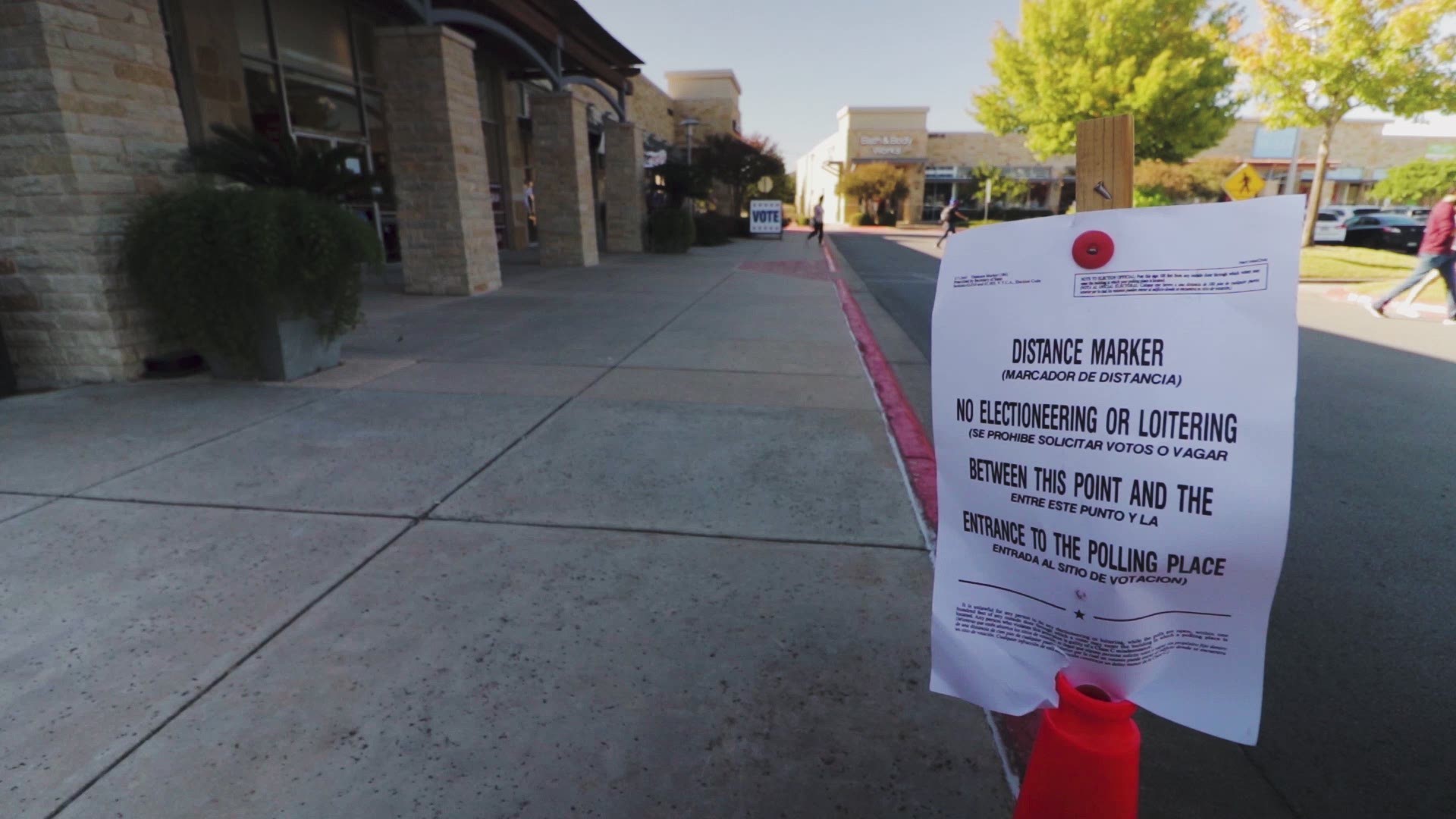 AUSTIN, Texas — Leading up to Election Day, you may have seen many "record-breaking" headlines about voter turnout, mail-in ballots and more regarding this year's election.

The Texas Secretary of State’s website shows voter turnout dating back to 1970.

For presidential races, the biggest turnout was in 1992 with 73%. President George H.W. Bush was on the ballot.

RELATED: How Travis, Williamson and Hays counties voted in the 2020 presidential election

So far this year, state records show 65% of Texas voted, but ballots are still being counted.

This number is likely to change, according to the Secretary of State’s office.

The last time Texas voted for a Democratic president was in 1976.

However, the 1992 and 1996 general elections came within a few hundred thousand.

RELATED: How some Texas counties flipped during the 2020 presidential election

While Texas still leaned Republican in those years, it didn’t beat out the rest of the nation that went with Democratic presidents.

This year, we have a lot of focus on absentee ballots – mostly on those that are sent through the mail.

There may be record numbers now due to COVID-19, but the idea started back in 1925.

“When I was Secretary [of State], I would frequently get asked, ‘What is it that we need to do to reach out to the Hispanic community?’” said Carlos Cascos.

Cascos began his journey into politics in 1990. He was a Democrat for many years, but he eventually switched to the Republican Party when he ran for Cameron County judge in the Rio Grande Valley.

Cascos is now on the Republican Executive Committee.

“My response was, ‘Nothing.’ When you start going out of your way. What you're doing is segregating a portion of the population and implying that, for some reason, we need to be pandered to,” Cascos said.

The focus on demographics seems to be part of many election conversations.

The Pew Research Organization shows those who are White had a 62% share of eligible voters in 2010. The share dropped to 51% in 2018. Hispanic eligible voters went from 22% to 30% in that same time frame.

RELATED: A closer look at how Latinos voted in Texas for the 2020 election

Cascos lives in Cameron County, which is 90% Hispanic.

“Different parts of the state and the nation define Democrats and Republicans a little bit differently. None of us in the Valley want or want to believe that the Democrat here is a Nancy Pelosi’s of the world,” Cascos said.

As we get closer to certifying the votes, we’ll learn more about who votes, where and for whom.

RELATED: Texas polls closed with high turnout, but what does that mean?