NBC Sports said Earnhardt Jr., his wife, daughter and the two pilots were safe and released from the hospital Thursday evening. 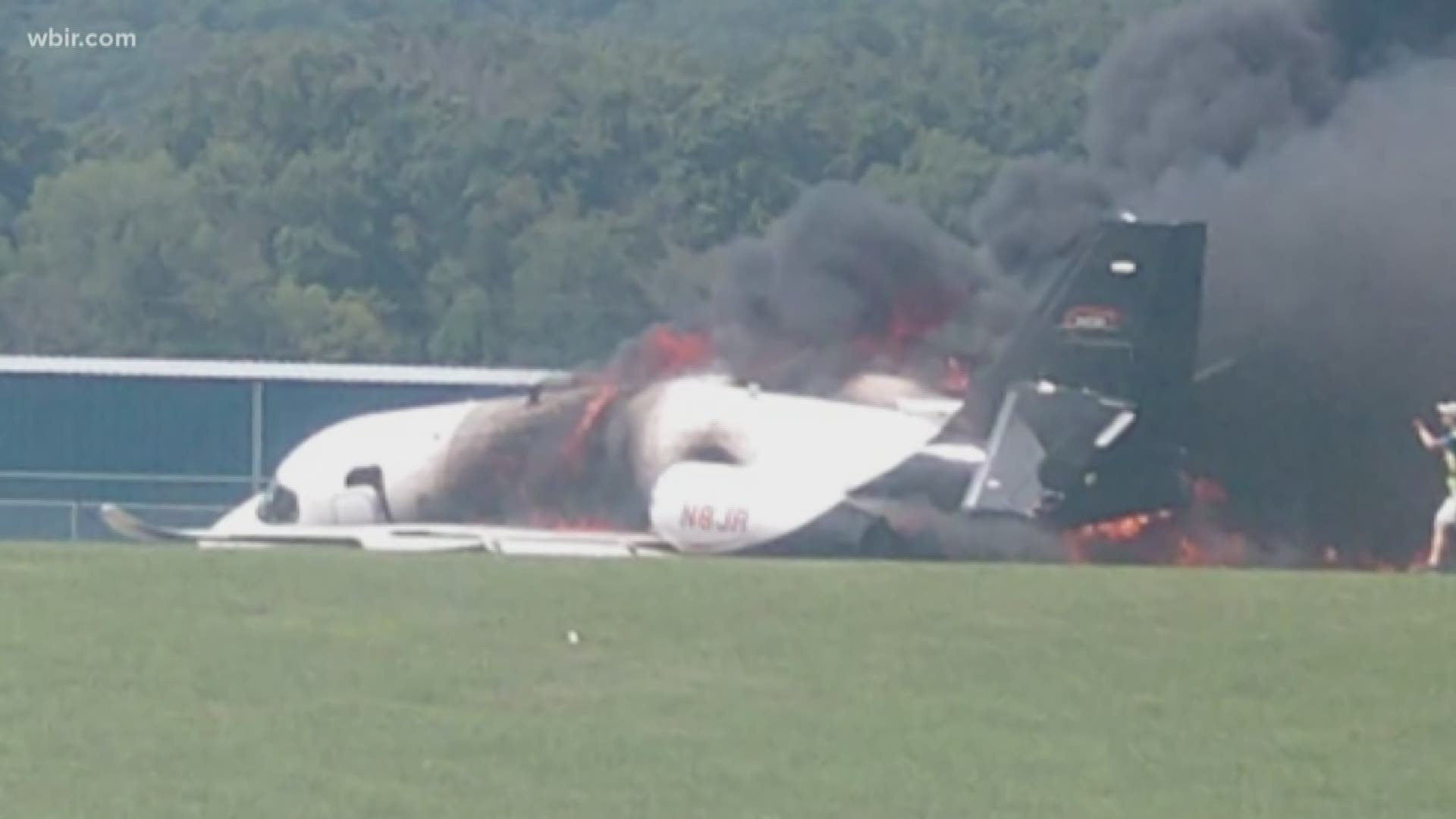 ELIZABETHTON, Tenn. — Legendary NASCAR driver Dale Earnhardt Jr. has been released from the hospital after being involved in a plane crash at the Elizabethton Municipal Airport.

Earnhardt Jr., his wife Amy Reimann, daughter Isla, and two pilots were on board the plane, according to Earnhardt Jr.'s sister, Kelley Earnhardt. She said everyone was safe.

NBC Sports later confirmed the family was out of the hospital and everyone was safe after talking with Earnhardt Jr. and his team.

"We're all in agreement that he should take this weekend off to be with his family. We look forward to having him back in the booth next month in Darlington," NBC Sports said in a statement on Twitter.

“We were relieved to read Kelley Earnhardt’s tweet that Dale and his family and the pilots are safe. We fully support NBC’s decision to encourage him to take this weekend off to be with his family. On behalf of everyone at Bristol Motor Speedway, our thoughts and prayers are with him, his wife Amy and daughter Isla as they move forward from this incident.”

Carter County Sheriff Dexter Lunsford told local media that when emergency crews arrived, the plane was engulfed in flames but everyone had gotten out. He said Earnhardt Jr. was conscious and alert and was transported to Johnson City Medical Center for treatment of his injuries. 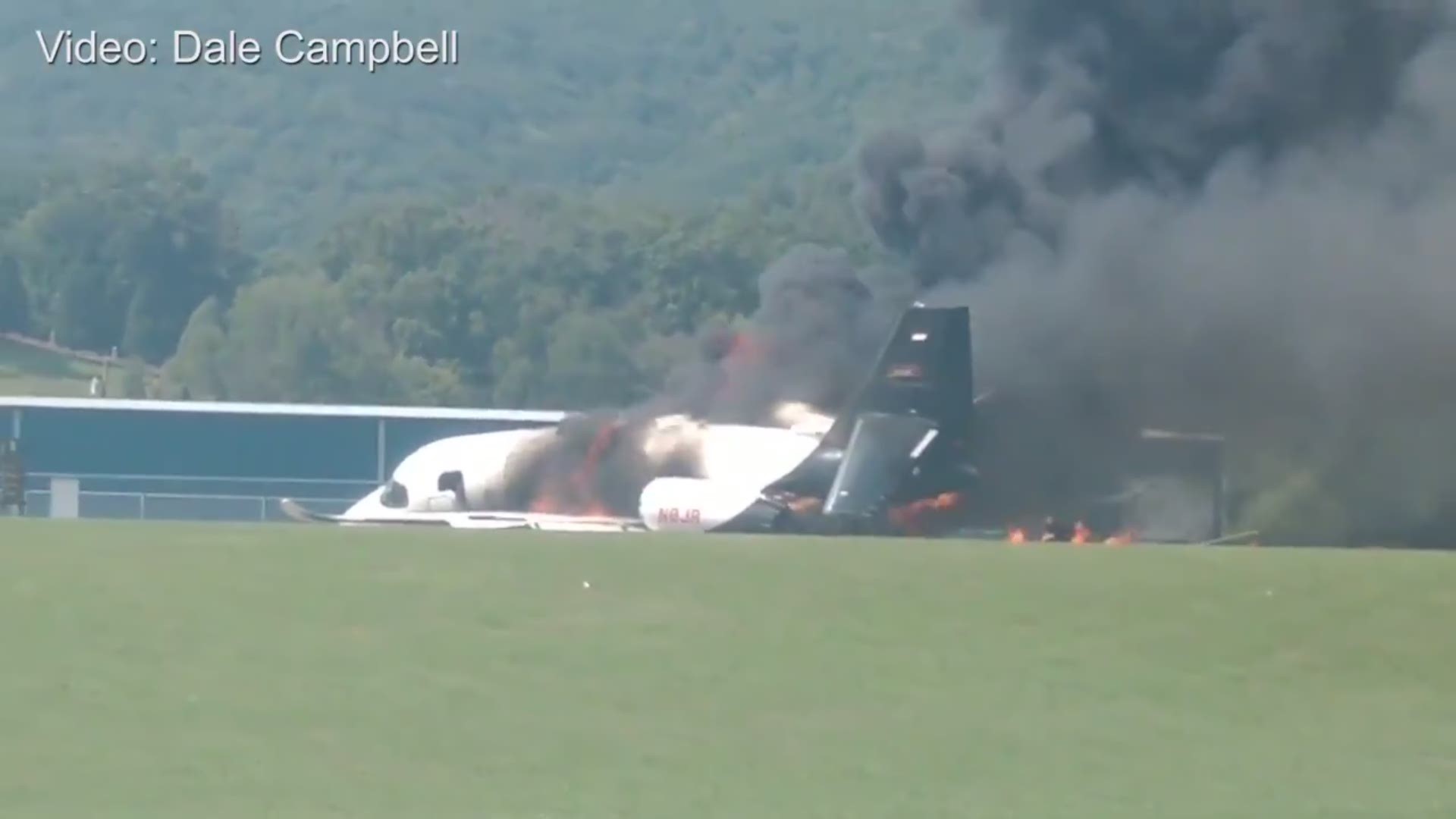 The FAA said the Cessna Citation rolled off the end of a runway and caught fire after landing at the airport at 3:40 p.m. Thursday. Photos and video from the scene showed flames and black smoke pouring from the small plane.

Authorities gave more updates on the crash and response effort later Thursday evening, saying the plane had rolled through airport fencing and stopped on the side of Highway 91 after it crashed, catching fire shortly after it hit the ground.

Lunsford said based on witness reports he believes the Earnhardt family and pilots escaped the plane shortly after the fire started, saying they were particularly lucky the fencing hadn't blocked their exit.

"They were extremely lucky," Lunsford said. "Everything worked in their favor instead of against them."

By the time first responders arrived, they said all five had safely escaped the plane.

Ashley Garcia shared video of Earnhardt Jr. being treated at the scene. You can hear the EMT ask him his name and Earnhardt answers. 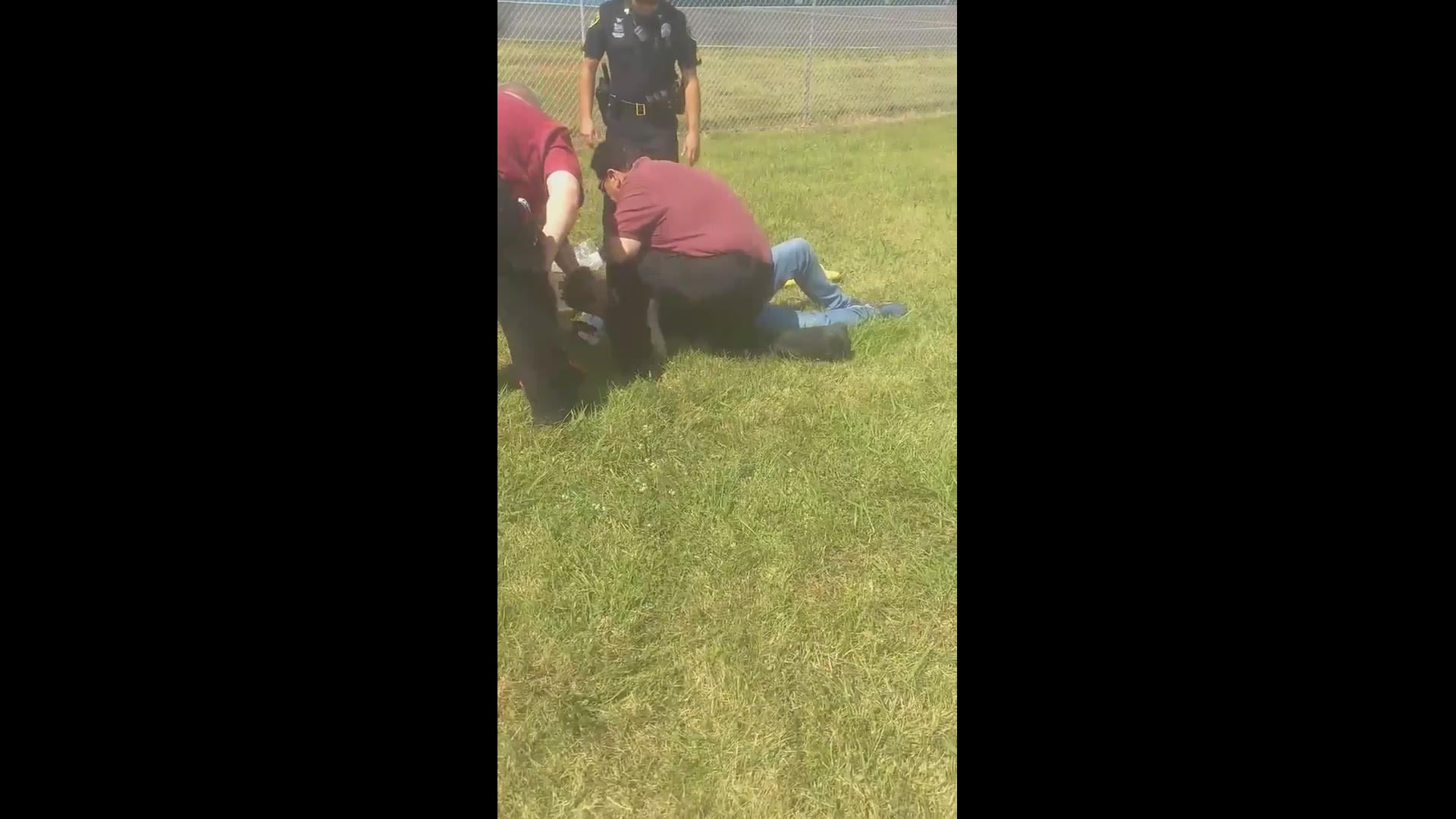 Sissy Moody heard the crash across the street while she was at work. She ran to the window and said she saw the plane sliding, saying she saw smoke and flames.

"We watched the dog run out, we watched—now that I know it was Dale, his wife, and the baby," she said. "He had an angel riding on his shoulder. How they made it out of that I do not know, because it burned in a matter of minutes."

Authorities said all that's left of the burned wreckage is the front fuselage and nose. They are now protecting the crash site and addressing any potential environmental hazards until federal safety investigators arrive Friday.

The NTSB and FAA will lead the investigation into the crash.

Authorities said the airport has reopened and don't believe any damage was done to the runway.

The Tennessee Department of Transportation has closed Highway 91 and set up a detour until Friday's investigation is over and the wreckage has been cleaned up. TDOT crews are also inspecting the highway for potential damage from the fire, and expect the highway won't reopen until Friday evening at the earliest.

Earnhardt Jr., voted NASCAR's most popular driver for 15 years, retired from full-time stock car racing in 2017. He does analysis for NASCAR on NBC.

The NASCAR circuit is racing in Bristol this weekend. The popular Saturday night race is scheduled to air on NBC Sports Network.

The airport in Elizabethton is less than twenty miles from Bristol Motor Speedway.

Earnhardt Jr. is not the first NASCAR legend to be involved in a plane crash en route to Bristol Motor Speedway.

Alan Kulwicki was killed, along with three others, in a plane crash near Blountville, Tennessee, on April 1, 1993, while on approach to Tri-Cities Regional Airport.

Later that same year, another NASCAR driver, Davey Allison was killed in a helicopter crash while landing his helicopter at Talladega Superspeedway.