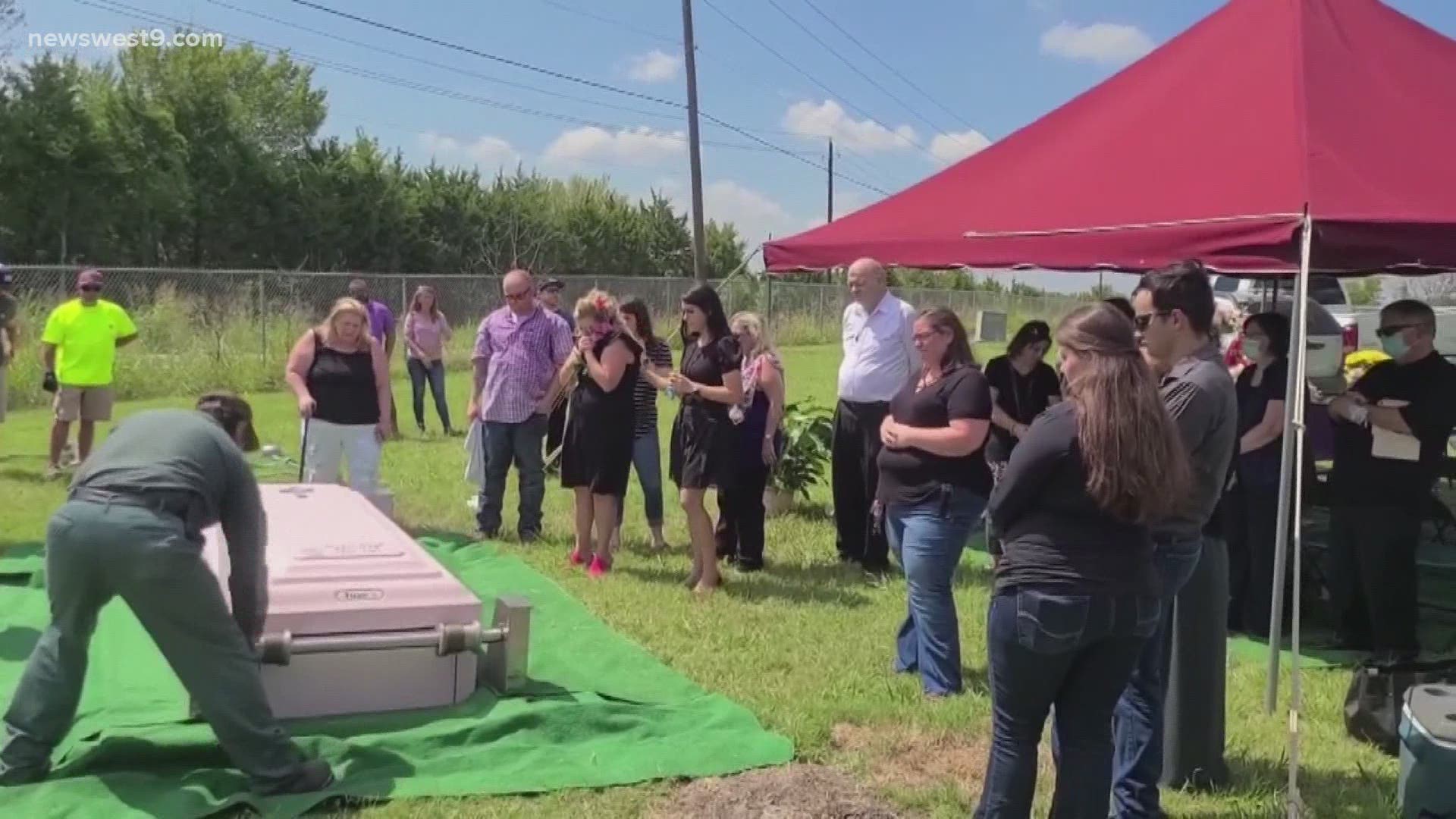 ODESSA, Texas — (Editor's note: The above video is from earlier coverage of this case.)

The woman accused of forcing 8-year-old Jaylin Schwarz to jump on a trampoline until she died has been released on bond.

According to Ector County Jail records, Ashley Schwarz, the guardian of the girl, was released on April 30.

Her bond, as well as that of Daniel Schwarz, her husband and other guardian of Jaylin and her sister, was set at $600,000 each.

Both are facing capital murder charges.

The two had a hearing at the end of March to ask for a bond reduction down to $100,000 but the judge denied both requests.

At this time, Daniel Schwarz has not been released according to jail record.