After an interview with detectives, 30-year-old Eddie Yannick Doh faced a long list of charges. 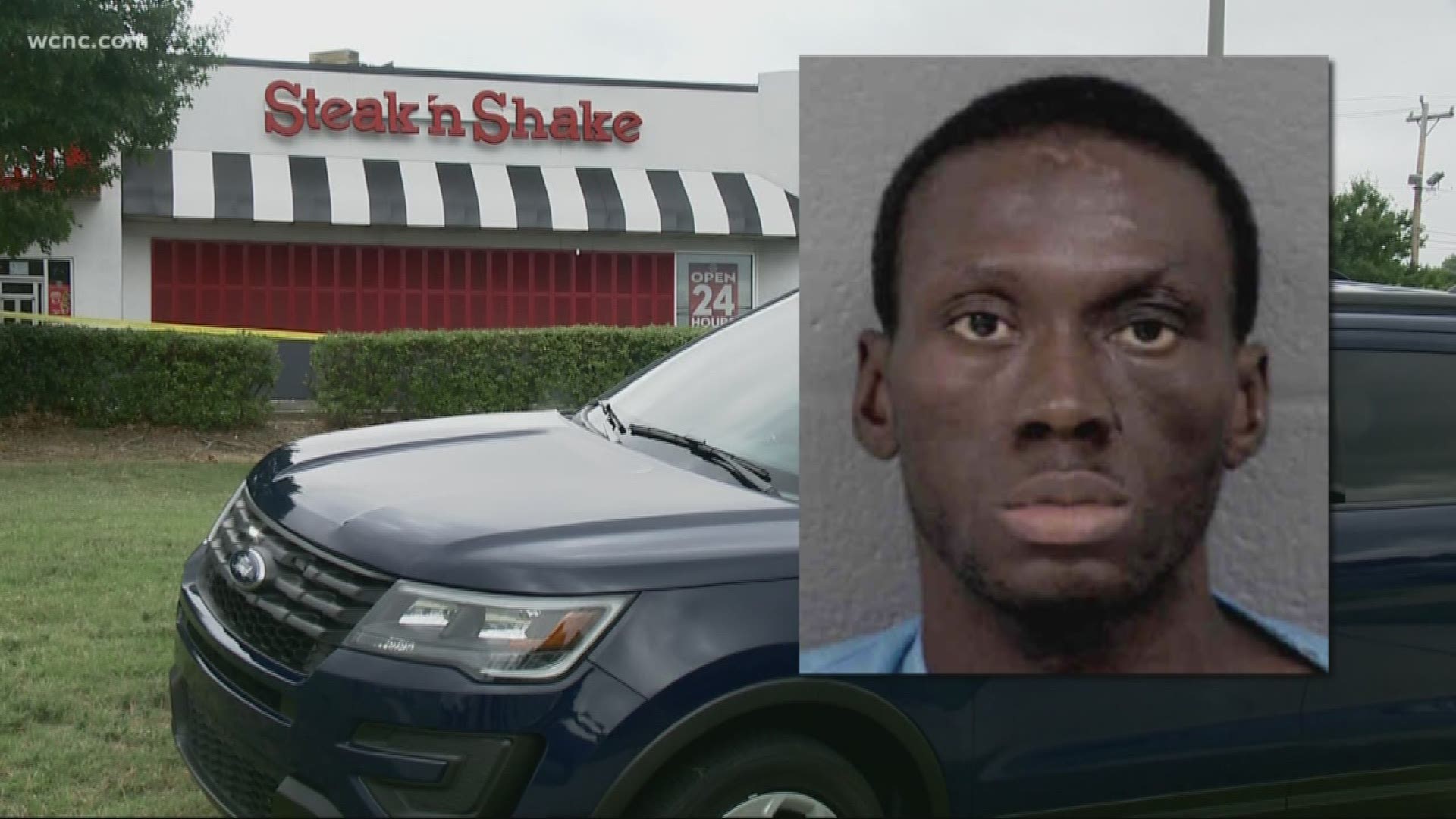 CHARLOTTE, N.C. — The man accused in a deadly attempted armed robbery at a south Charlotte Steak 'n Shake last week was released from the hospital and taken to jail.

After an interview with detectives, 30-year-old Eddie Yannick Doh was charged with 1st-degree murder, attempted 1st-degree murder, assault with a deadly weapon with intent to kill inflicting serious injury, three counts of robbery with dangerous weapon, conspiracy robbery with dangerous weapon, possession of stolen firearm, and possession of firearm by felon.

RELATED: Man killed in Steak 'n Shake shooting honored at funeral; how you can help the family

Doh was seriously hurt in a shootout with Pineville Police officers responding to the scene.

Doh and Kiara Murphy were also accused of the armed robbery of an East Coast Wings restaurant.