Southland theft suspect returns stolen item to owner, turns himself in to police

A 19-year-old man caught on camera stealing a speaker from a Southland home has turned himself in to authorities after returning the item to its owners. 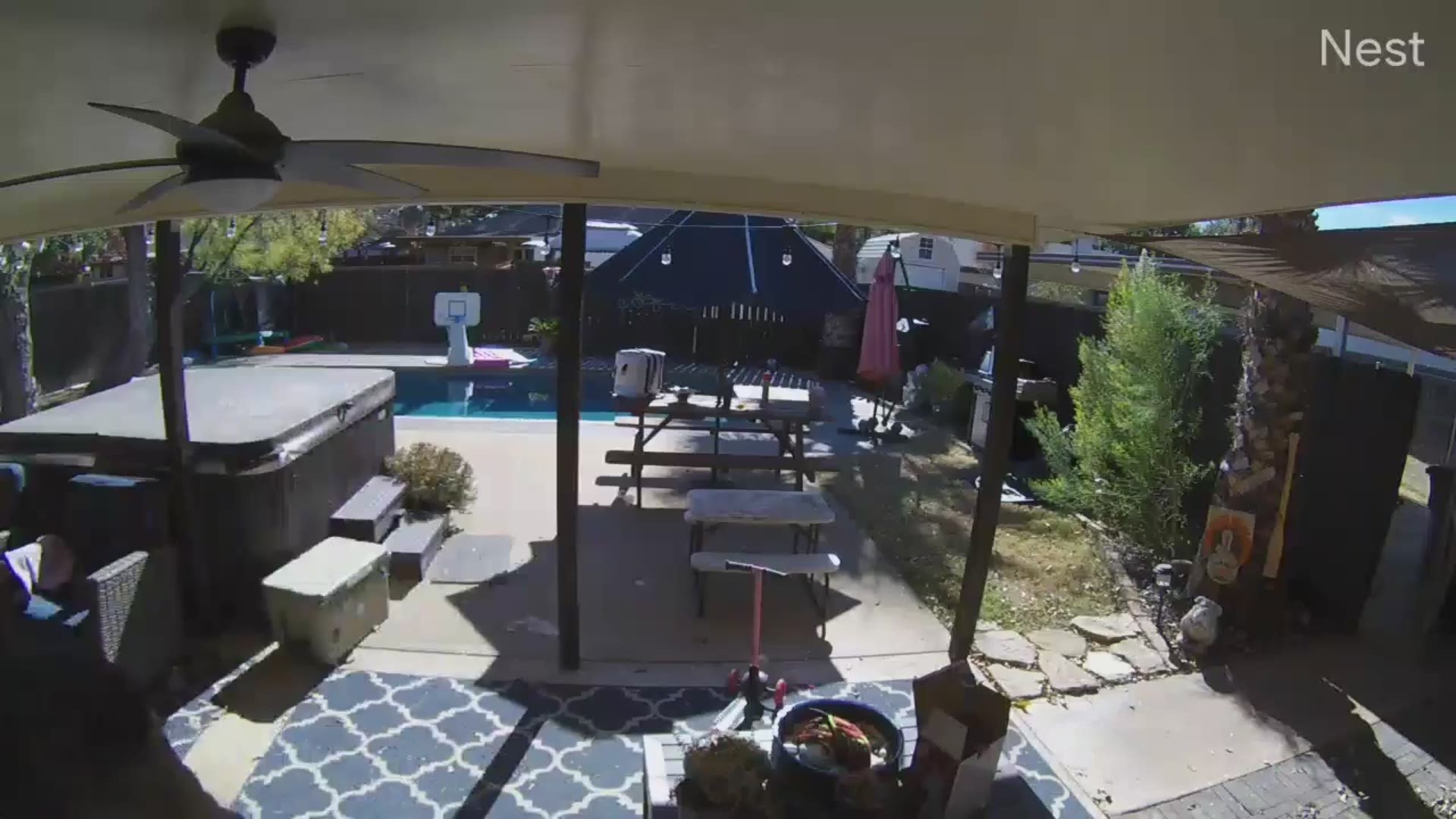 SAN ANGELO, Texas — San Angelo police say a 19-year-old San Angelo man who was caught on home surveillance video stealing a Bluetooth speaker from the backyard of a Southland residence has been identified.

According to a San Angelo Police Department press release, the suspect came to department headquarters early Tuesday morning to speak with authorities.

During an interview with a Criminal Investigations Division detective, the suspect said he had previously been inside the victim’s backyard doing construction work, while employed by a contractor, and knew exactly where the speaker was located.

The suspect told police he was alerted to the SAPD’s published viral video by a friend who encouraged him to turn himself in. Prior to the interview, the suspect reportedly returned the stolen speaker to the victim’s residence.

Authorities have confirmed the item’s return.

The video of the theft was shared on the Neighbors by Ring app and posted to the SAPD’s Facebook page shortly after the investigation began Monday, Dec. 2.

Within an hour of the post, the department started receiving tips naming the suspect.

In the release, the department encouraged residents to secure/lock doors, windows and gates; to follow the department’s Facebook and Twitter pages for crime alerts and prevention information; and to sign up for the Neighbors by Ring app.

Residents can text ‘StaySafe’ to 555888 from their smartphone to download the Neighbors app for free on iOS and Android and use the app to; join their neighborhood, share crime and safety-related videos, photos and text-based posts; and receive real-time safety alerts from their neighbors, local law enforcement and the Ring team.

The investigation has been referred to the Tom Green County Attorney’s Office for review.