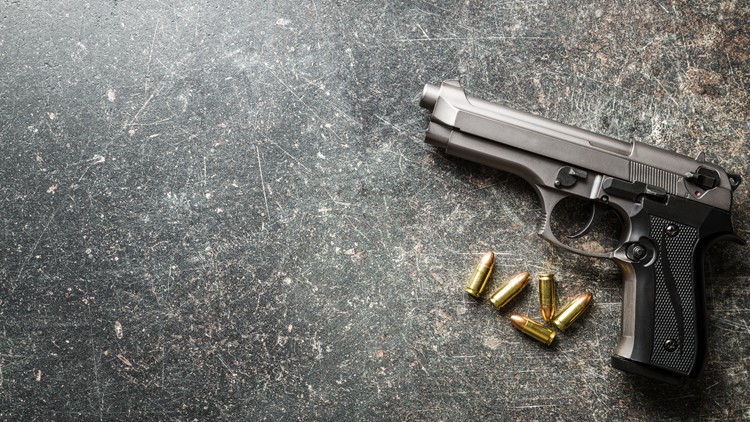 Photo by: Getty Images/iStockphoto
File image of bullets and handgun.

MIDLAND, Texas — Two people are in custody following a shooting in Midland.

Midland Police responded to a shots fired call in the 1400 block of W. Carter Avenue just before 4 p.m. on December 6.

Officers found a man and a woman who had gotten into a fight. During the fight, the man pulled out a gun and shot at a nearby truck.

MPD says there were no injuries and the names will not be released while the investigation is ongoing.