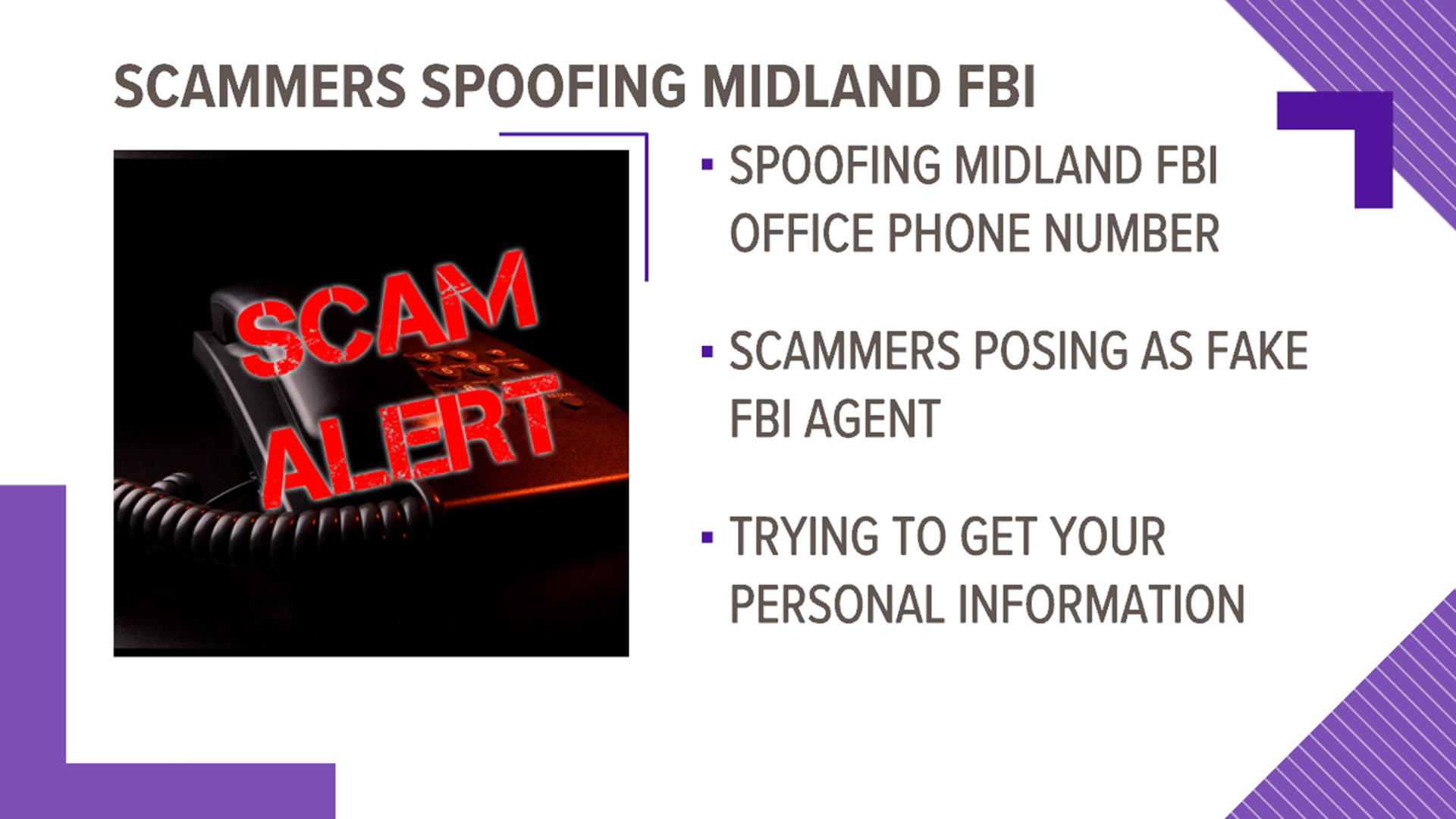 MIDLAND, Texas — The FBI is warning Midland and Odessa citizens after receiving information that scammers have been impersonating the local office's number.

Callers have been faking the FBI's Midland number (432-570-0255) as part of a scam to get personal information, banking info, and social security numbers.

The number will appear to be the FBI's Midland office number when it shows up on the caller ID, but it is merely "spoofing" the number.

Scammers will provide a fake name and badge number to try to convince the person that they are an FBI agent. They may also threaten the victims with physical or financial harm.

This type of scam is known as government impersonation fraud and involves people impersonating government officials to collect money. They also often target young people or the elderly.

The FBI says legitimate law enforcement officers will never demand cash or gift cards from a member of the public.

To further protect yourself from falling victim to such scams, the FBI suggests being wary of answering phone calls from numbers you do not recognize. You should also never give out personal information or send money to anyone you don't know or trust.

If you feel you have fallen victim to this scam or one similar you should report it immediately by clicking or tapping here. You can also find more information on government impersonation schemes on the FBI website.

In 2019, the Internet Crime Complaint Center reported 13,873 people had reported being a victim of a government impersonation scam.