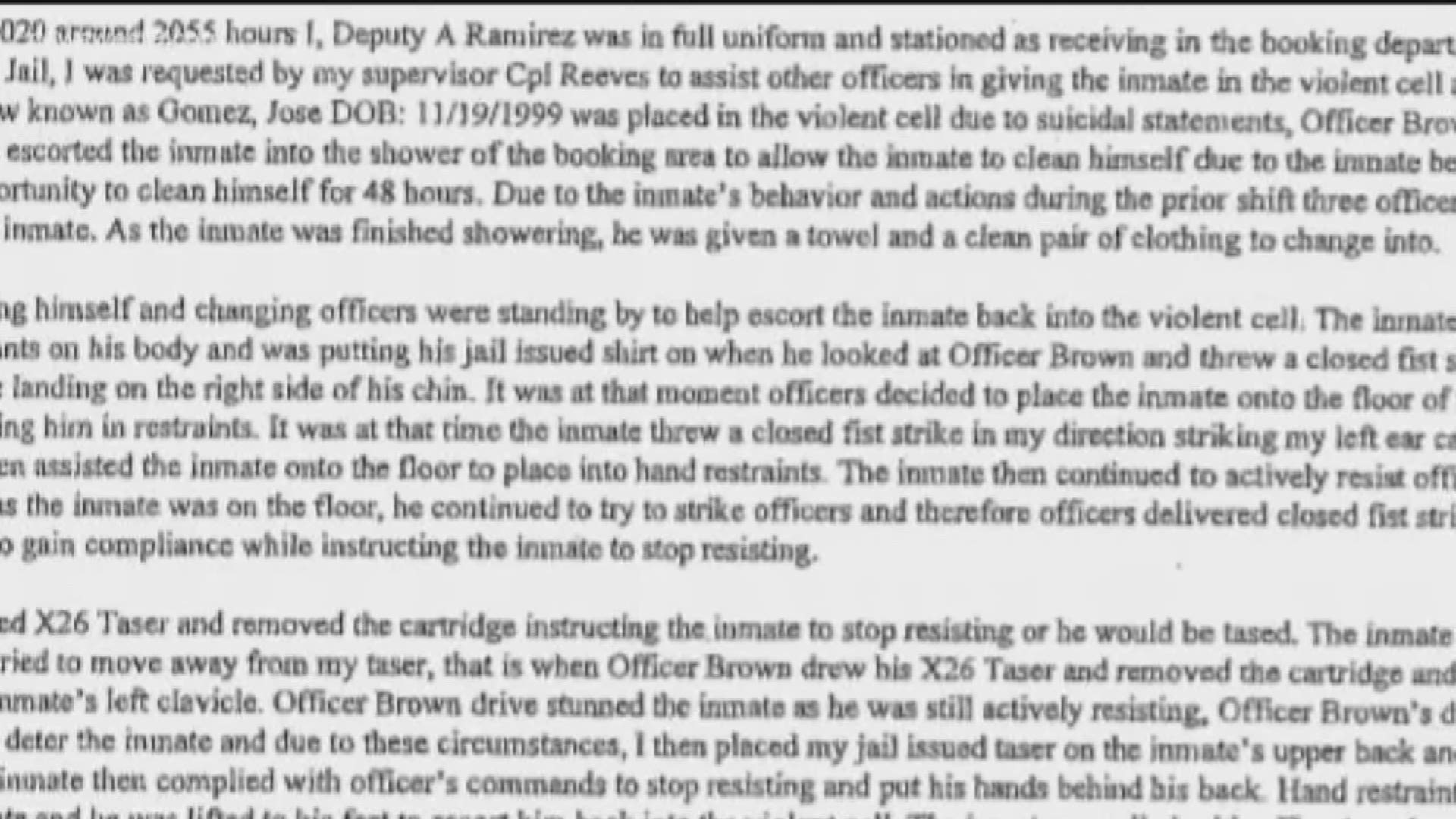 MIDLAND, Texas — The man accused of attempting to stab a family in the Midland Sam's Club is also being charged with assault.

According to an affidavit sent by Midland County District Attorney Laura Nodolf, Gomez was being held in a violent cell due to suicidal statements.

During that time, the affidavit states inmates aren't able to shower.

After 48 hours, three officers arrived at Gomez's cell to escort him to the showers.

After cleaning himself, the report says Gomez ambushed an officer and tried fighting the other officer who tried restraining him.

Officers attempted to restrain Gomez using physical force, but when that didn't work, officers resolved to use a taser.

Gomez has been charged with two counts of assault on a public servant but has not yet been indicted on these charges.

As for Gomez's attack in the Midland Sam's Club, the FBI has now classified Gomez's actions as a hate crime, so charges could be brought against him on a federal level.