Police have partially solved the cold case of Jolaine Hemmy. 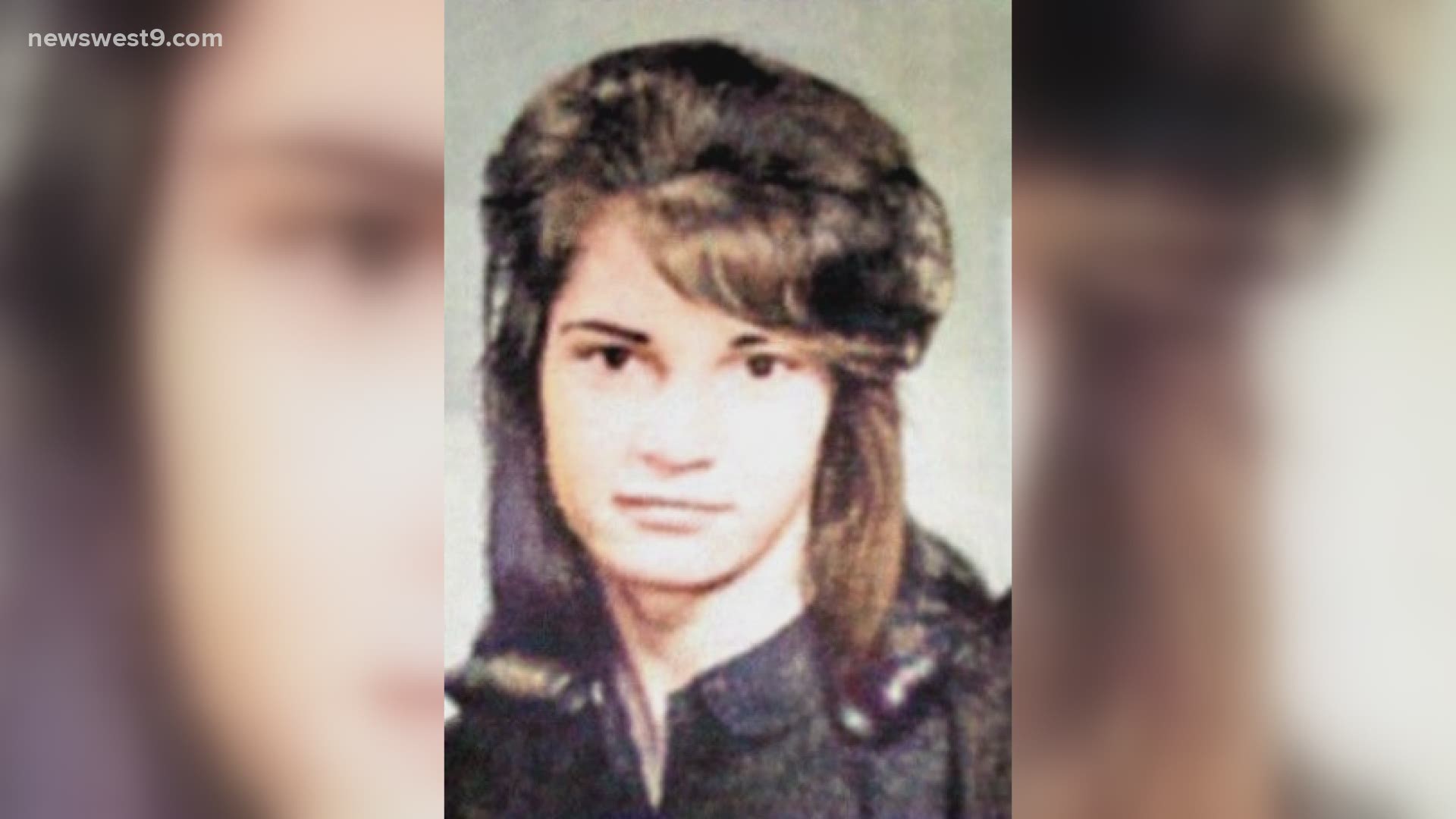 PECOS, Texas — After 54 years, Pecos police have solved a cold case of a teenage girl who mysteriously drowned at a hotel pool.

The woman was recently identified as Jolaine Hemmy, and was 17 years old when she died in 1966.

Hemmy was working at a drive-in diner in Kansas City, Kansas when she vanished one day and didn't pick up her last paycheck.

Her family reported her as missing, but police never found her.

Hemmy checked into the Ropers Motel with a unknown man. The two were listed as Mr. and Mrs. Russell Battoun.

Hours later, a worker at the motel heard a scream before finding Hemmyin the pool and pulling her out.

They performed CPR and called an ambulance, but her companion was nowhere to be found.

Hemmy became known as the Pecos Jane Doe and was buried with a gravestone marked, "Unknown Girl Drowned July 5, 1966".

However, authorities never gave up on finding out who the woman was or finding Hemmy years later.

Laboratory work funded by the Pecos Police Department allowed for DNA to be tested while the National Center for Missing and Exploited Children helped create a picture of what Hemmy would have looked like years later.

While Hemmy has been identified, police are still trying to find the man she was with.

A family member does recall a man who took an interest in Hemmy around the time she disappeared but very little information is known about him.

If you have any information on this case or the man who was with Hemmy, you are asked to call the Pecos Police Department at 432-445-4911 and ask for Cpl. Felix Salcido.