OPD: 2 charged with capital murder after 8 year old dies, was denied food and forced to jump on trampoline

OPD says the autopsy report listed the death as a homicide and the cause of death was dehydration. 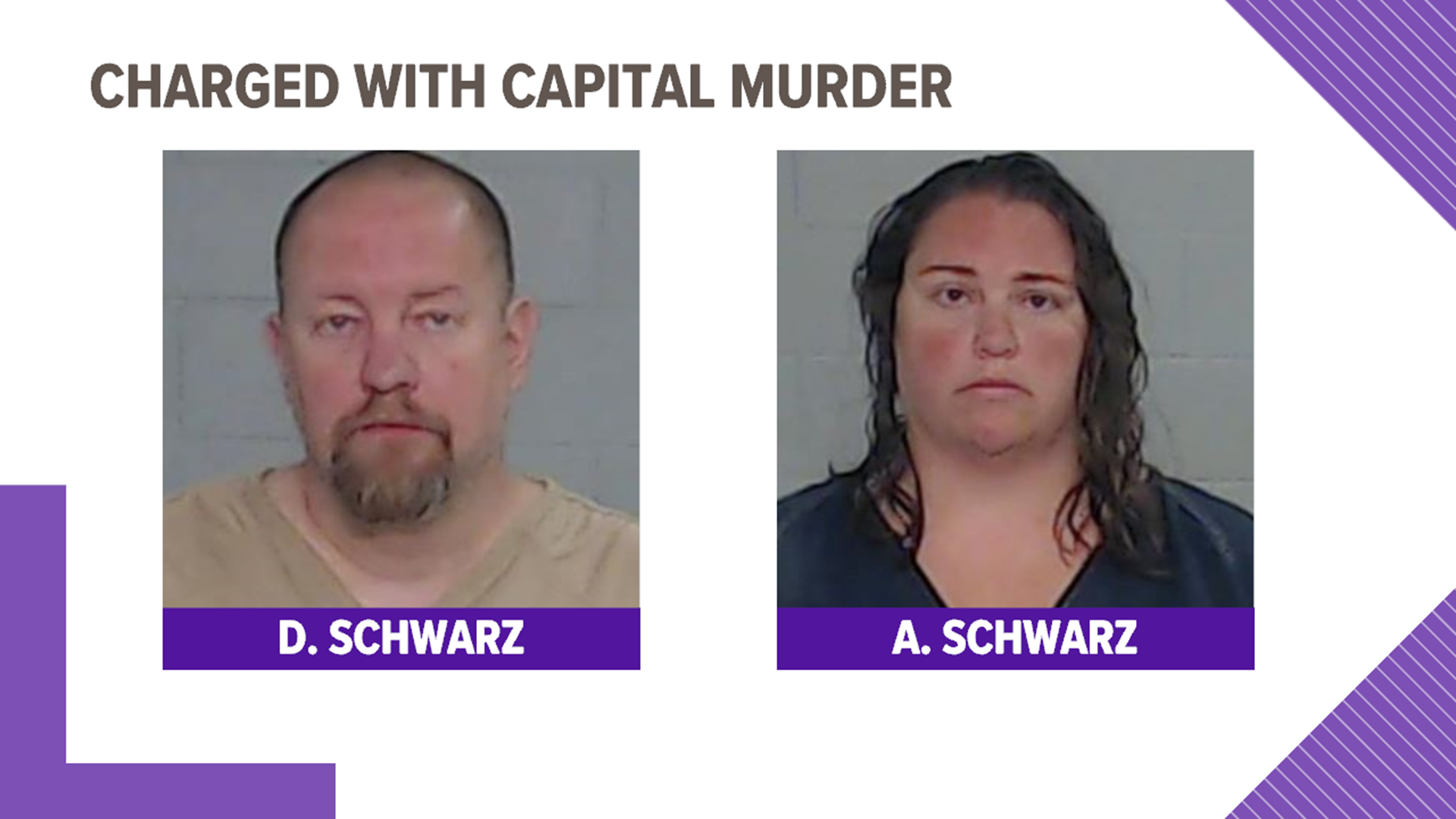 Police responded to the 4300 block of Locust Avenue on August 29 in response to a medical call, but the little girl was later pronounced dead at the scene.

Investigators found the girl, Jaylin, had been punished and was not allowed to eat breakfast. She had also been forced to jump on a trampoline for a long period of time.

The girl was also not allowed to drink water because she hadn't been jumping like she was told to.

Arrest affidavits for the Schwarzes, who have been identified as Jaylin's non-biological parents, include comments on how it was not uncommon for the family to use the trampoline as a form of punishment for misbehaving.

It also appears there may have been a second child, unnamed in the affidavit, who was also being punished but was allowed to go back inside the house while Jaylin continued to be kept outside.

Police say the temperature outside on that day was 94 degrees, while the trampoline was around 110 degrees and the ground measured 150 degrees.

Autopsy results showed the manner of death to be a homicide with the cause of death being dehydration.

Police obtained warrants for Daniel Schwarz, 44, and Ashley Schwarz, 34. Both have been arrested and charged with capital murder and are in the Ector County Law Enforcement Center.

Both Schwarz have been given a bond of $500,000 but neither have bonded out yet.

OPD is still investigating this incident and no further information is available at this time.