The suspect is accused of twelve groping incidents dating as far back as July 2019. 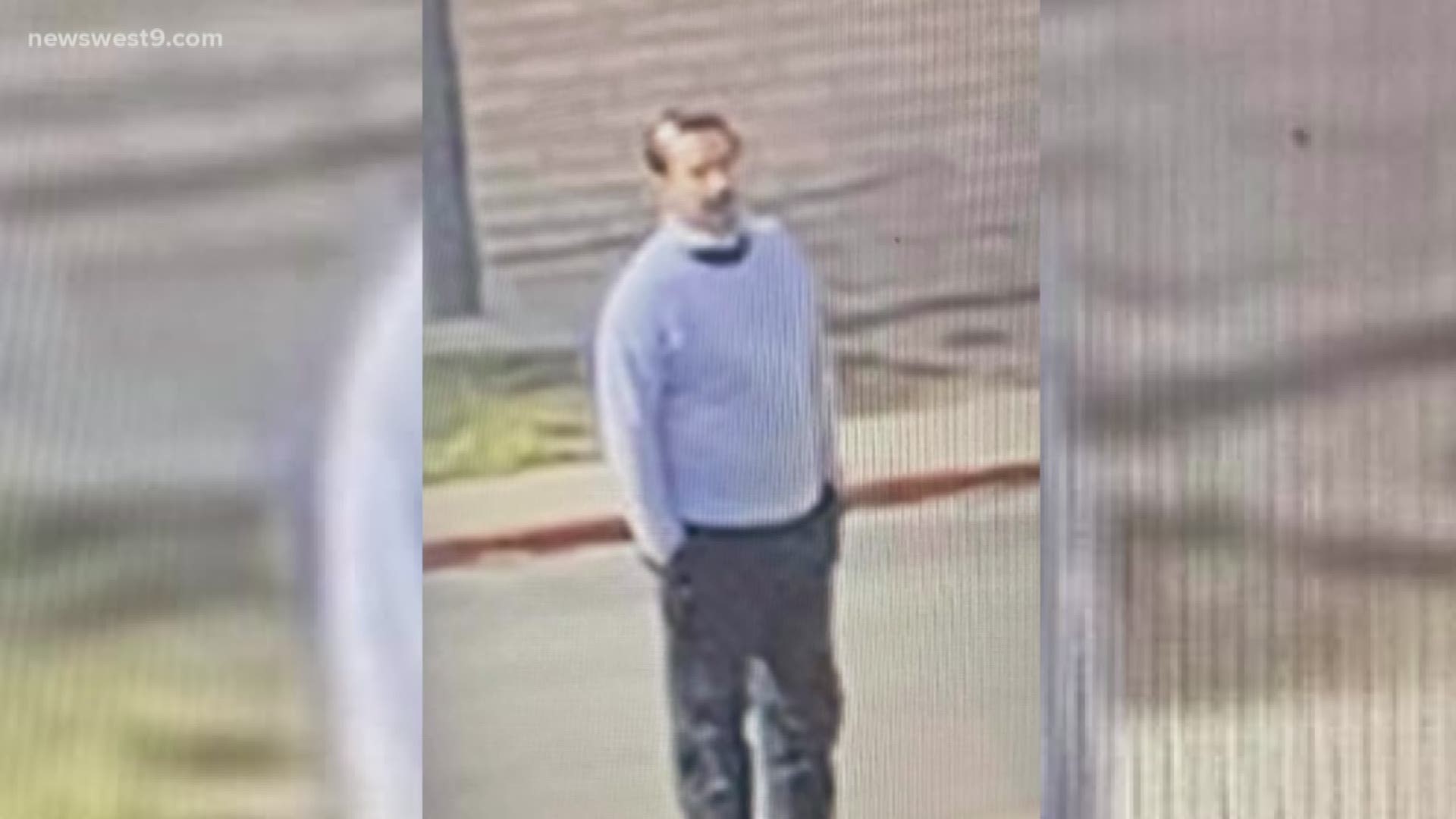 ODESSA, Texas — Odessa police are still searching for a serial groper, accused of groping at least a dozen women.

The first incident reported to OPD took place on July 4, 2019 with the most recent happening on January 6, 2020.

There are now over a dozen detectives working on the case, following each and ever lead that comes across their desks.

“We’ve been going door-to-door, handing out flyers, asking for tips," Cpl. Steve LeSueur, Odessa PD, said. "We’ve followed up on every single one of them.”

There are now over a dozen detectives working on the case, following each and every lead that comes across their desks.

A twist that has made the case harder to crack: the attacks happen sporadically every few months.

“Some investigations take longer than others," LeSuer said. "Some cases take a few days, others take a few months, but we never give up.”

OPD says the suspect generally wears a bandana or mask to cover his face. He targets women alone at apartment complexes.

All of the incidents have taken place in apartment complexes in the area of University and Oakwood, 52nd Street and Tanglewood, and Penbrook and Grandview.

The apartment managers believe the suspect could live in one of the complexes or somewhere near by and police have not ruled out that possibility.

With more women coming forward...police are turning to the public to get the man caught and off the streets once and for all.

“If anybody sees any suspicious activity, somebody walking through a complex with a mask" LeSueur said,"Well that's suspicious so please report it to us.”

If you recognize the suspect from the pictures or surveillance footage you are asked to contact the Odessa Police Department at 432-333-3641 or Odessa Crime Stoppers at 432-333-TIPS.

Crime Stoppers is also offering an $1,000 reward for any information that leads to an arrest.