Indictments for the nurses state they failed to maintain the inmate's record of medical care, leading to his death. 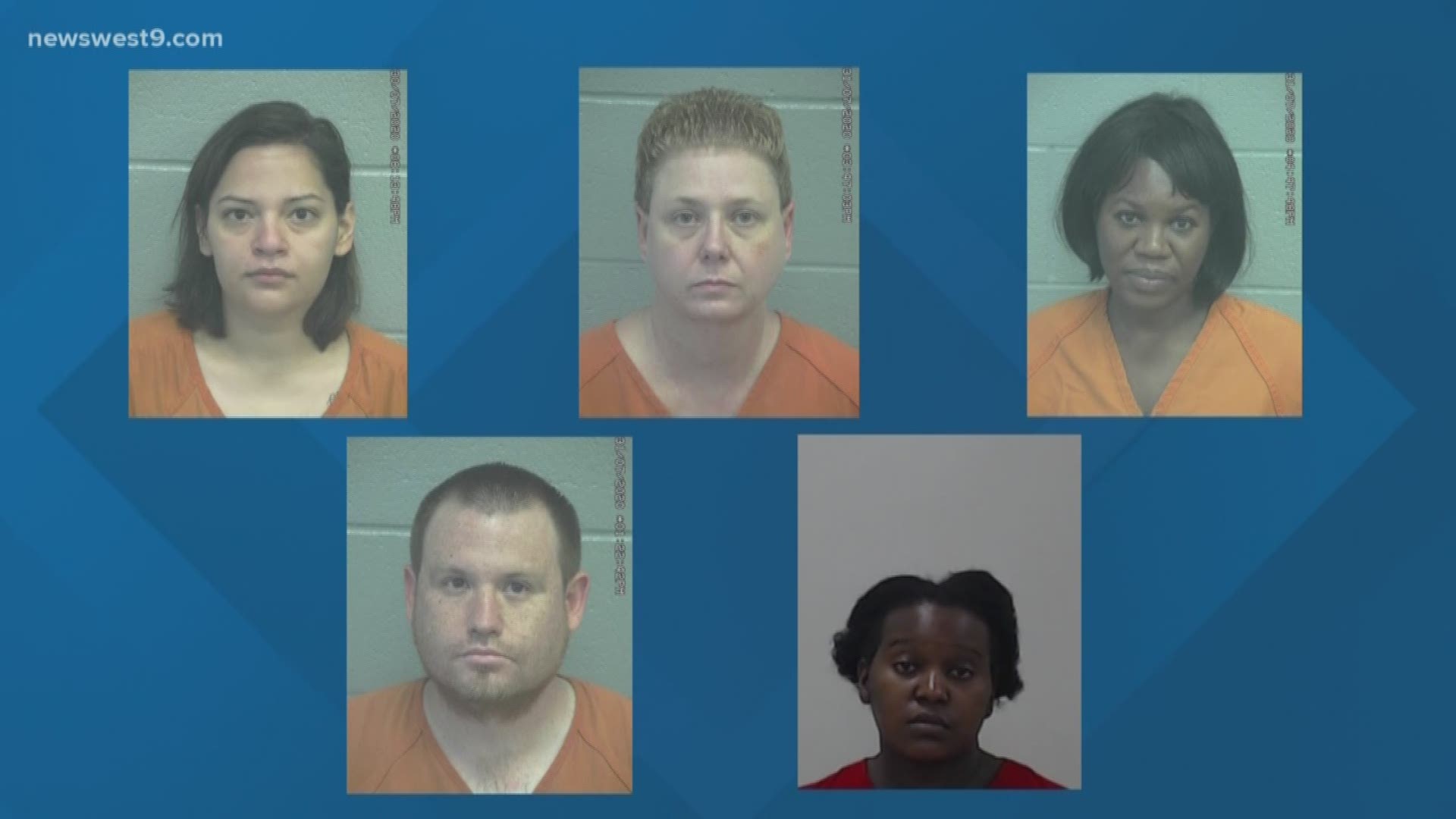 MIDLAND COUNTY, Texas — UPDATE: A sixth and final nurse has been arrested and indicted in the death of the inmate.

Esther Ihediwa was arrested on August 3 by the Lone Star Fugitive Tax Force.

Records indicate Ihediwa was a registered nurse at the time of the inmate's death.

District Attorney Laura Nodolf says Ihediwa is the last suspect they are looking for in this case. Her information could not be released at the same time as the others because she was not in custody.

Five people have officially been indicted in the death of an inmate at the Midland County Detention Center.

All five were indicted on charges of manslaughter, criminal negligent homicide and tampering with a governmental record by a grand jury on July 31.

Flor D'Liz Estrada, 30, is a licensed practical nurse or licensed vocational nurse according to the Texas Board of Nursing.

Adeola Adesomi, 41, is a registered nurse.

Lilian Okeri, 27, was an LVN at the time of the inmate's death, but has since become a registered nurse. Okeri was arrested in Big Spring and the mug shot is not available at this time.

Kelly Robins, 52, also has an LVN/LPN license according to the Texas Board of Nursing.

Indictments for all five nurses state they allegedly caused the death of the inmate around July 11, 2019.

The inmate, listed as Savion Hall, reportedly died because the nurses failed to maintain proper records of his medical care and comply with the standards of care as expected.

The records in question were a Small Volume Nebulizer Treatment Flo-Sheet. This sheet, which would list the date and time of any drugs administered to Hall, was required to be maintained while he was in the custody of law enforcement.

After Hall's death, employees of the Midland County Sheriff's Office began investigating the circumstances leading to his death.

None of the five arrested were employees of Midland County according to Midland District Attorney Laura Nodolf.