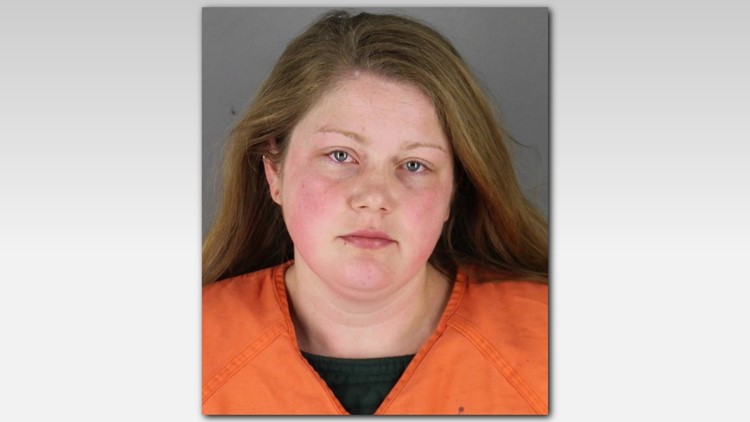 Photo by: Hennepin County Jail
Rianna Cameron is charged with two counts of manslaughter in the death of her baby, who died of acute alcohol intoxication.

ROGERS, Minnesota — A north metro woman is charged with manslaughter after authorities say she delivered a newborn while extremely intoxicated and the baby died.

A criminal complaint details the allegations against 29-year-old Rianna Marie Cameron of Rogers, who also has two other children under the age of 3.

The case dates back to Dec. 30 of 2018 when squads were dispatched on reports of an infant not breathing. When they arrived at the townhouse on Superior Drive around 8:40 p.m., officers found two unattended children on the first floor, and Cameron and her boyfriend in a bedroom upstairs. Cameron was lying in bed with a newborn girl at her feet, the umbilical cord still attached. The child was blue or purple in color, her eyes were closed and she did not appear to be breathing.

First responders immediately began CPR on the tiny child, and she was transported to a local hospital but did not survive. An autopsy showed she died of complications of acute ethanol intoxication and unsupported delivery. The child's blood alcohol content was .234.

When officers asked how Cameron was doing, she reportedly told them she'd been "on a bender." Police say she told them she had consumed about a liter of whiskey while 34 weeks pregnant with the child. They recovered an empty 1.75 liter bottle of Evan Williams whiskey in the kitchen.

Cameron was also taken to the hospital, where her BAC registered .21, nearly three times the legal limit for driving.

Prosecutors say Cameron knew the risks of drinking alcohol while pregnant with her child as she has a lengthy chemical dependency and child protection history. Records show Cameron has been civilly committed for alcohol addiction three times since 2012, and has been in and out of treatment for years. In 2015, she was referred to child protection after a report of prenatal alcohol exposure involving another of her children. Victim C was received by Child Protection.

Law enforcement knew Cameron's history and spoke to her at least two times regarding alcohol use in the months leading up to her baby's death. The first time on July 24, the defendant reportedly told police she was back in treatment. The second time was on Dec. 15, when they warned her again about the dangers of drinking while pregnant. Cameron reportedly told police she understood those dangers and claimed she was still doing treatment. She assured officers that no harm would come to the child.

Prosecutors say child protection authorities are extremely concerned about the welfare of Cameron's other two children as she is reportedly not engaged in her alcohol counseling program.