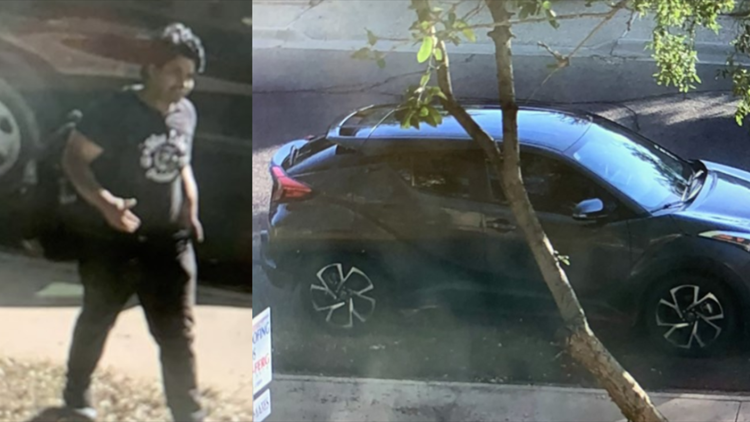 One Midlander has been scammed out of nearly $200,000 and the Midland Police Department is asking for the public's help identifying the suspects.

Three different individuals were involved in the scams from April to August.

According to MPD, the first scammer made contact with the victim and presented himself as a Chase Bank employee. He claimed the bank was giving refunds to people who signed up for the "geek program".

The victim was scammed into sending $9,000 via FedEx due to an error. The first suspect then convinced the victim FedEx had filed a money laundering claim against him due to the amount of cash he mailed.

The victim was now told he would now have to pay $150,000 if he did not go to Washington to face the charges filed against him, but would get the money back if he was found innocent.

A second unidentified male then came to the victims house on three seperate occasions and picked up $50,000 each time. The pictures MPD has of the suspect are of this second man and his vehicle, taken by the victim's wife.

Finally, the victim was scammed out of an additional $12,000 from a person claiming to be a Social Security Agent. He was told the investigation department was planning to file charges against him for theft of Social Security.

The victim was also told if he didn't send the money, his bank accounts would be frozen.

Altogether the victim was scammed out of a total of $171,000 across the four months.

If you know who this subject is or have any information please contact the MPD non-emergency line at 685-7108 or Midland Crime Stoppers at 694-TIPS in reference to Case No. 190905022