Tampering with consumer products could lead to a 2nd degree felony. 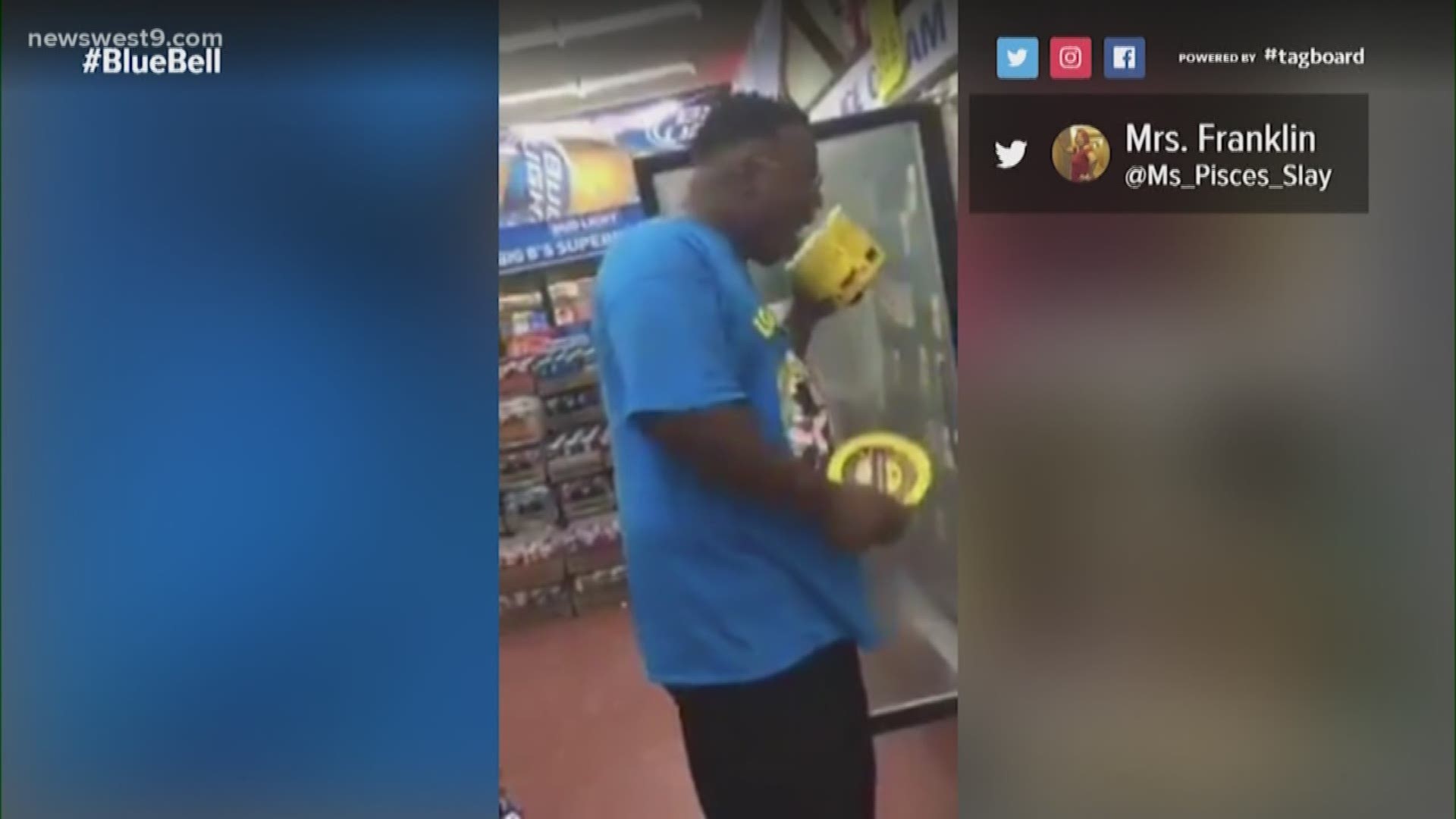 MIDLAND, Texas — You've probably seen videos circulating the internet of people licking ice cream and placing it back on the shelf.

From the suspect in the Twitter video that licked a tub of Blue Bell ice cream in an HEB in Lufkin, Texas to a copy cat that was arrested in Louisiana on July 7 for posting a similar act on Facebook, these instances are all over the internet.

These two people seeking internet glory have likely gotten more than they bargained for.

While the original video collected 10 million views online, that suspect was quickly tracked down by police. Though she has yet to be charged after being identified as a 17 year old minor.

A juvenile court will decide her fate.

The "copycat", identified as 36 year old Lenise Martin, was arrested and charged with criminal mischief and unlawful posting of criminal activity, avoiding more serious charges because he reportedly bought the ice cream after posting the video to Facebook.

Meanwhile Midland police officers like Detective Brianna Rodriguez are warning of the consequences of actions like these.

"The offense is going to be tampering with a consumer product which is a second degree felony but if someone is hurt by what you did it would be a first degree felony," said Rodriguez.

Across the internet some have dubbed the contamination act as the #icecreamchallenge, but police are hoping people realize that just because something is popular on social media doesn't make it right.

"We do see it a lot on social media, we do get a lot of people that start a trend and it goes around, what they don't realize is that they could be committing a crime," said Rodriguez.

So while playing with people's food may get you views online, at the end of the day its a crime and authorities will take action.

"If you think it's been tampered, somebody has licked it somebody has done something, go ahead and have them call the police and we can pull video and see whats been going on," said Rodriguez.