Suspect arrested and charged with Murder of Midland teen

18-year-old Nickolas Moreno has been charged with First Degree Murder for the incident that happened on July 31. 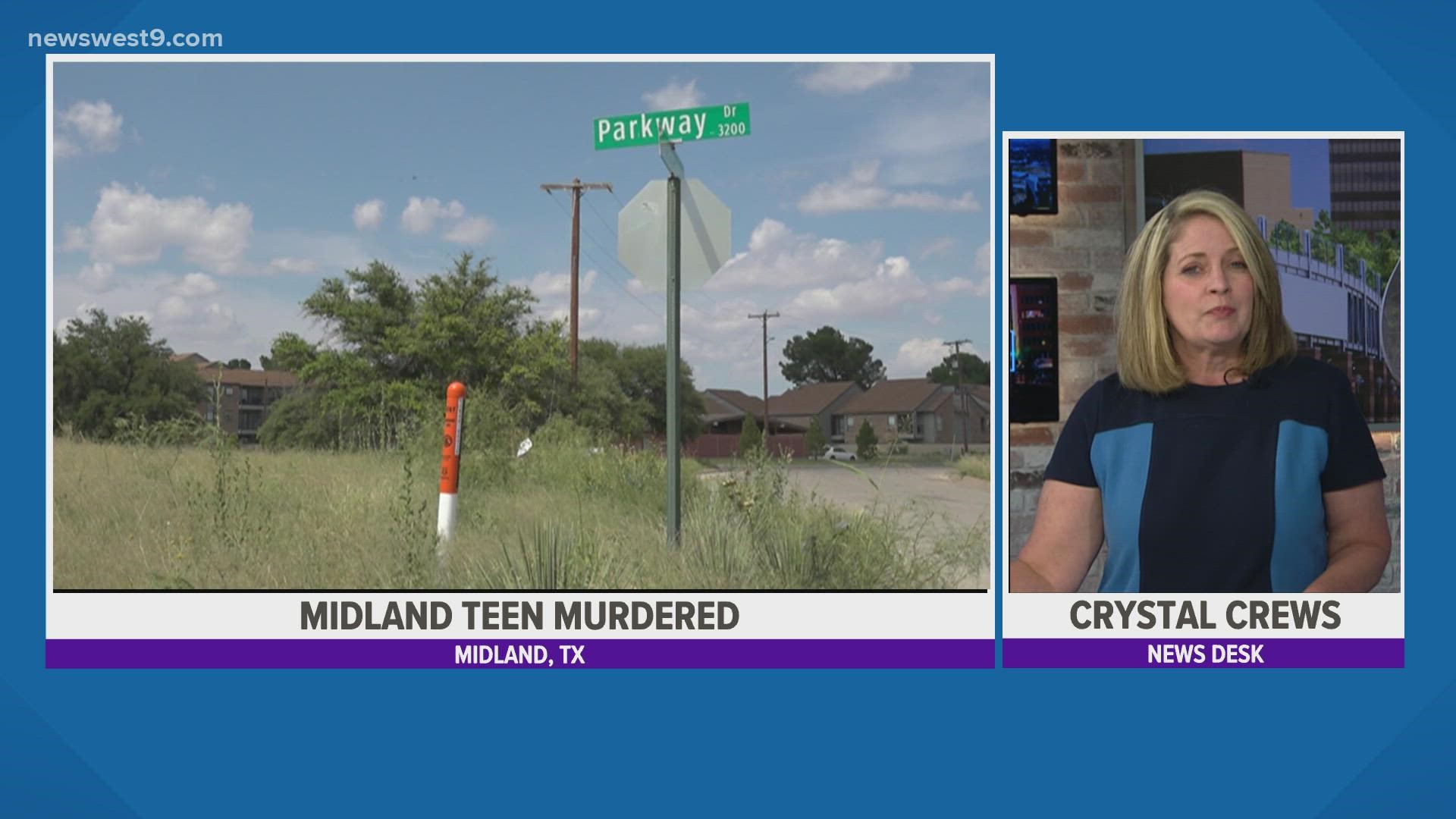 MIDLAND, Texas — Update : 18-year-old Nikolas Moreno has been charged with Murder, 1st Degree Felony, of a teen on July 31.

While Moreno was being detained, he showed the MPD officers where the person shot was located, which was near Hollandale and Parkway.

When MPD went to the area, they found a body in the passenger side and after checking for a pulse, discovered that he was dead.

Officers said the young Hispanic male victim was shot on his side and three times in his lower back.

Moreno admitted that while stopping to urinate, the victim, who was tripping on acid, got into the driver's seat of Moreno's White pickup truck and started to drive off and Moreno believed his car was being stolen.

Moreno said that the victim pulled a gun on him and soon after wrecked the White Pickup Trick.

Moreno soon after shot the victim 3-4 times with two different guns and said that he did it because he thought the victim was going to shoot him. Moreno went to his aunt's house right after with both guns and left them there.

MPD also spoke with the juvenile involved in the incident. The juvenile said that the victim was also tripping on acid and tried to drive away with the truck, while they stopped to urinate. Soon after, guns were pulled out and shots were fired.

We will continue to update the story more as we receive more information. If you are interested in reading the full arrest affidavit for Moreno, see the document embedded below.

Original Story: Midland police are still piecing together what lead up to a deadly shooting Saturday morning.

One teen died and two others have been arrested.

Police tell us it all happened after 1 a.m. near the intersection of Parkway and Hollandale, behind Ranchland Apartments.

Officers were dispatched to the ditch near the intersection in reference to a body being found.

When officers arrived on the scene they found a juvenile deceased with multiple gunshot wounds.

City police confirm two suspects are in custody in reference to the murder.

NewsWest 9 talked with a friend of the victim, Moriah Chase, at the scene.

She tells us the victim, a young male, was seen arguing with people at a party and followed in his car shortly before being killed.

"They were talking down on someone that they didn't like at the party whatever, dissing on somebody and I don't know, after that the party I guess either they followed them back over here or they immediately started having a shootout," Chase, said.

Chase tells us she heard the car pull into the ditch, where the body was found, after the party.

The suspects and victim have not been identified by police.

We reached out to Midland Police to verify any of these details; since the case involves juveniles they are not sharing any more information at this time.

The investigation is ongoing and any with more information is asked to contact police.