Moments after she got an alert on her phone about an active shooter, authorities swarmed the Cinergy on Highway 191 chasing the U.S. postal van. 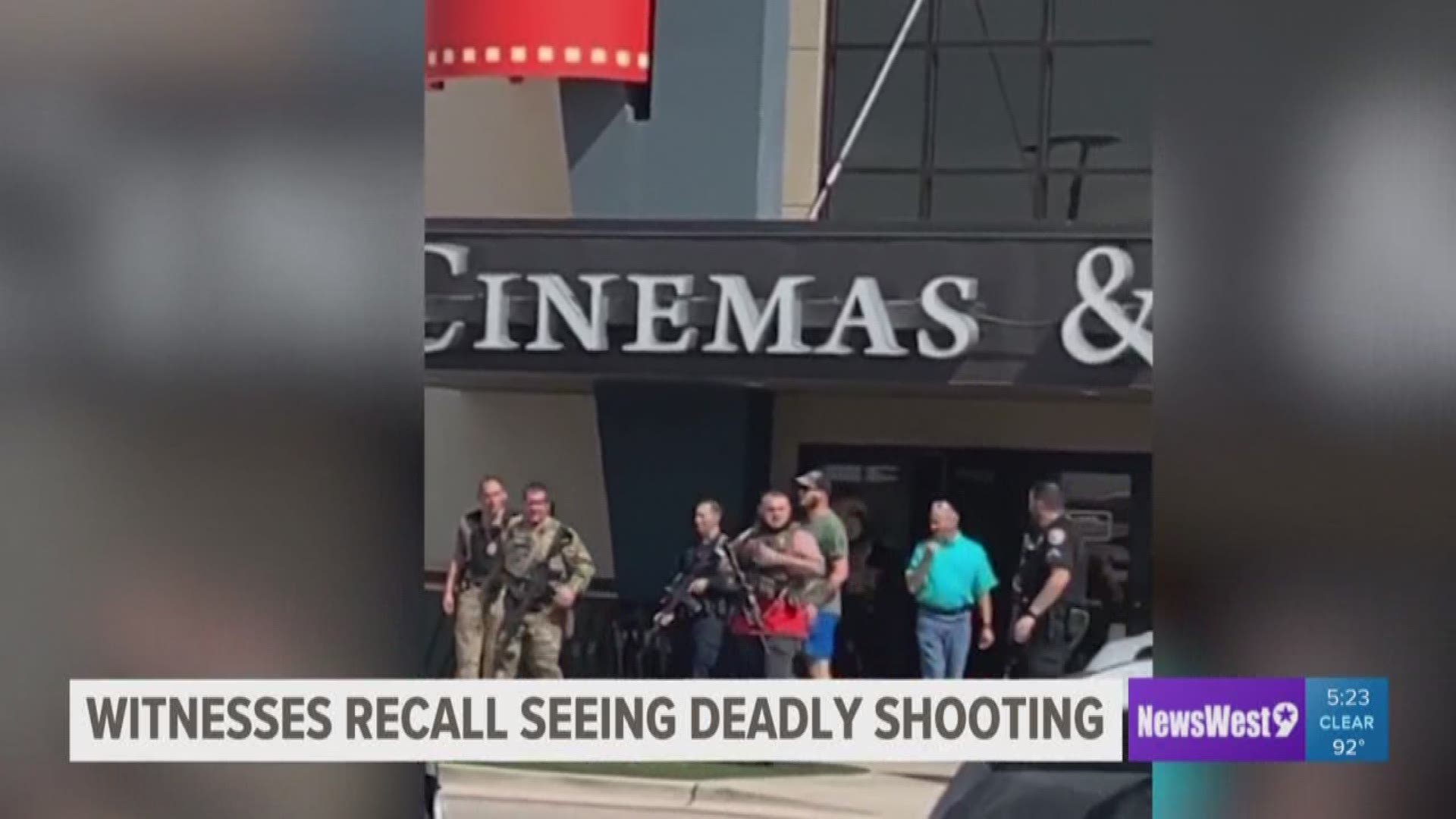 ODESSA, Texas — It was a frightening time for people at the Cinergy on HWY 191 when authorities swarmed the area in search of the Odessa shooter.

"All we thought was like, ‘Oh no, he's going to go right through those people or shoot them or something.’"

Simona Rivas says just minutes after getting an alert on her phone that there was an active shooter, SWAT, police and DPS troopers were swarming the Cinergy movie theater.

Rivas, her son and husband ran out through the front doors and luckily got out to their car.

"As we were driving out crossing the intersection, we looked back cause there were police officers heading west then they were heading back east on the same road but they were chasing the U.S. postal van. That's when we realized that must be the suspect," said Rivas.

She says the suspect was heading straight towards a crowd of people outside the theater, standing in the middle of danger.

"Maybe 100 people that left through the back of the theater that were just standing there."

Rivas says an officer slammed into the stolen U.S. mail van and then police started shooting at the suspect. All of this her son captured while they were watching from their car .

"We saw it with our own eyes, it's not something you can forget. It's not something that just goes away... It's going to take some healing for everyone thank God we're good, we're alive,” she said.

“I just feel bad for all the family members that lost their loved ones because they are from here… we're supposed to safe in our own community and unfortunately we're not."

RELATED: These are the names of the victims in the Midland-Odessa mass shooting

RELATED: VERIFY: GoFundMe hoaxes circulating in the aftermath of the Odessa shooting

RELATED: How to help the victims, first responders of the Midland-Odessa shooting