Those that know the Permian Basin best say this will not be an end – but a beginning for the community. 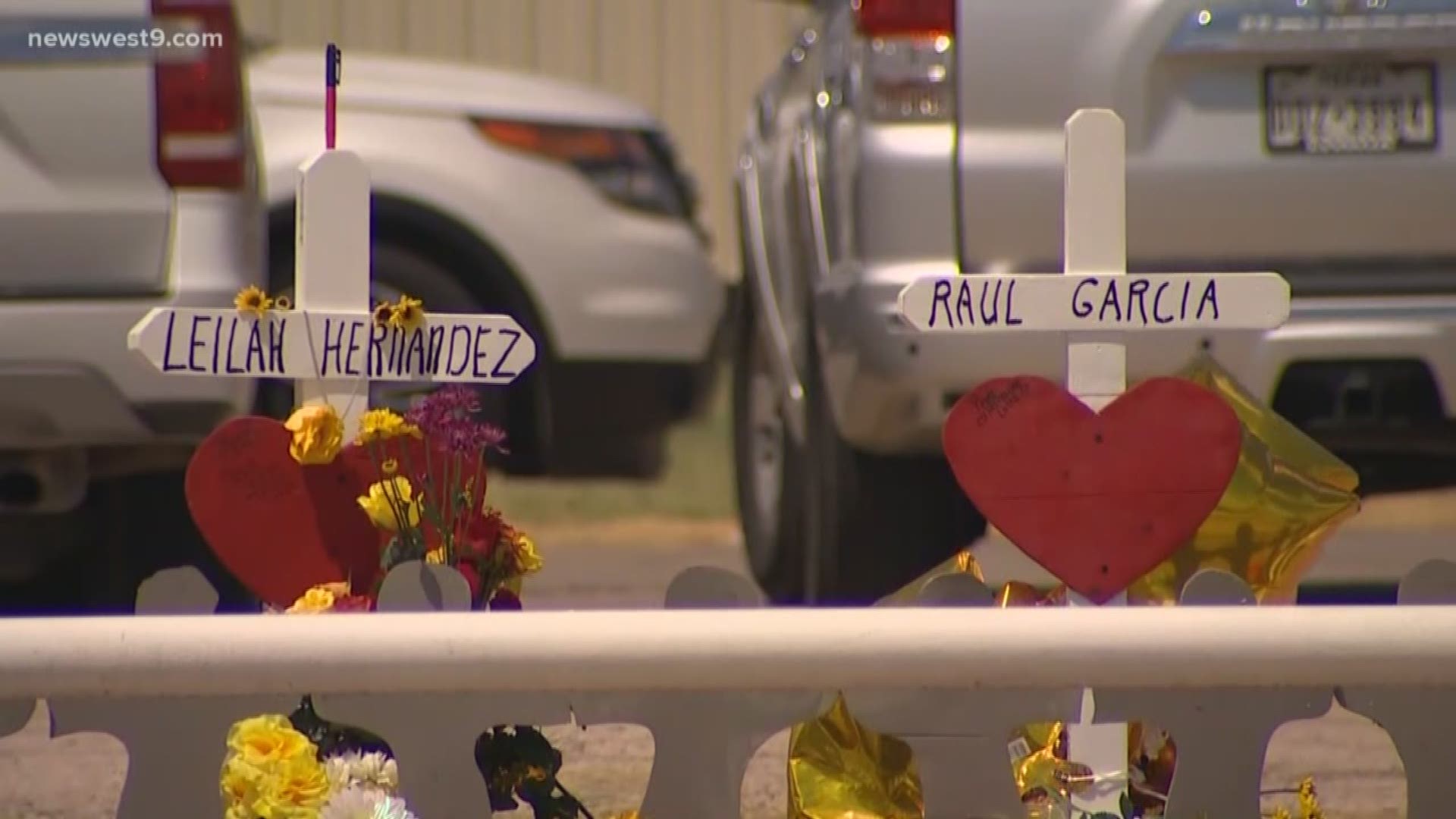 ODESSA, Texas — Overnight in Odessa, seven white crosses appeared on the side of the road outside Medical Center Hospital – one for each of the victims killed in Saturday’s mass shooting. Tuesday, people filtered past to leaves messages and prayers.

“My heart is broken,” said Angela Hernandez, of Odessa. “I just give my condolences to the families and all the victims.”

“We’re devastated, devastated,” said Sam Aguilera, of Odessa. “Especially after what happened in El Paso. You don’t expect it to happen here, but this is proof that it can happen anywhere unfortunately.”

The crosses were left by Zanis Crosses for Losses, a project that delivers crosses for victims of tragedies. Greg Zanis, of Aurora, Illinois, said he drove in late last night and installed them, before departing. He said by phone he just wants to help families heal.

Rafael Hernandez found himself there in the early afternoon, mourning his 15-year-old niece Leilah.

“Just an innocent, innocent child some crazy man has taken from us,” he said. “I just - we’re just hurting so bad right now.”

Her father, Juan, thanked everyone for their prayers and support in a message to NewsWest 9 Tuesday, and said his son, who was also injured, was released from the hospital.

“I had no idea how many hearts my daughter touched and although I’m being selfish and refuse to accept that my princess has gone to a better place, I am amazed and speechless, I don’t have the words to express my gratitude towards all the people that’s had contact (with) me and my family offering their help,” he said.

Rafael said the whole family is grieving, and he hopes they can support each other.

“To be honest, I don’t know how we’re going to get through it,” he said. “It’s a piece of our heart has been taken from us, I don’t know if you can ever replace that.”

But those that know the Permian Basin best, say this will not be an end – but a beginning for the community.