But what moved Dr. Cunningham the most was the selflessness of his patients. 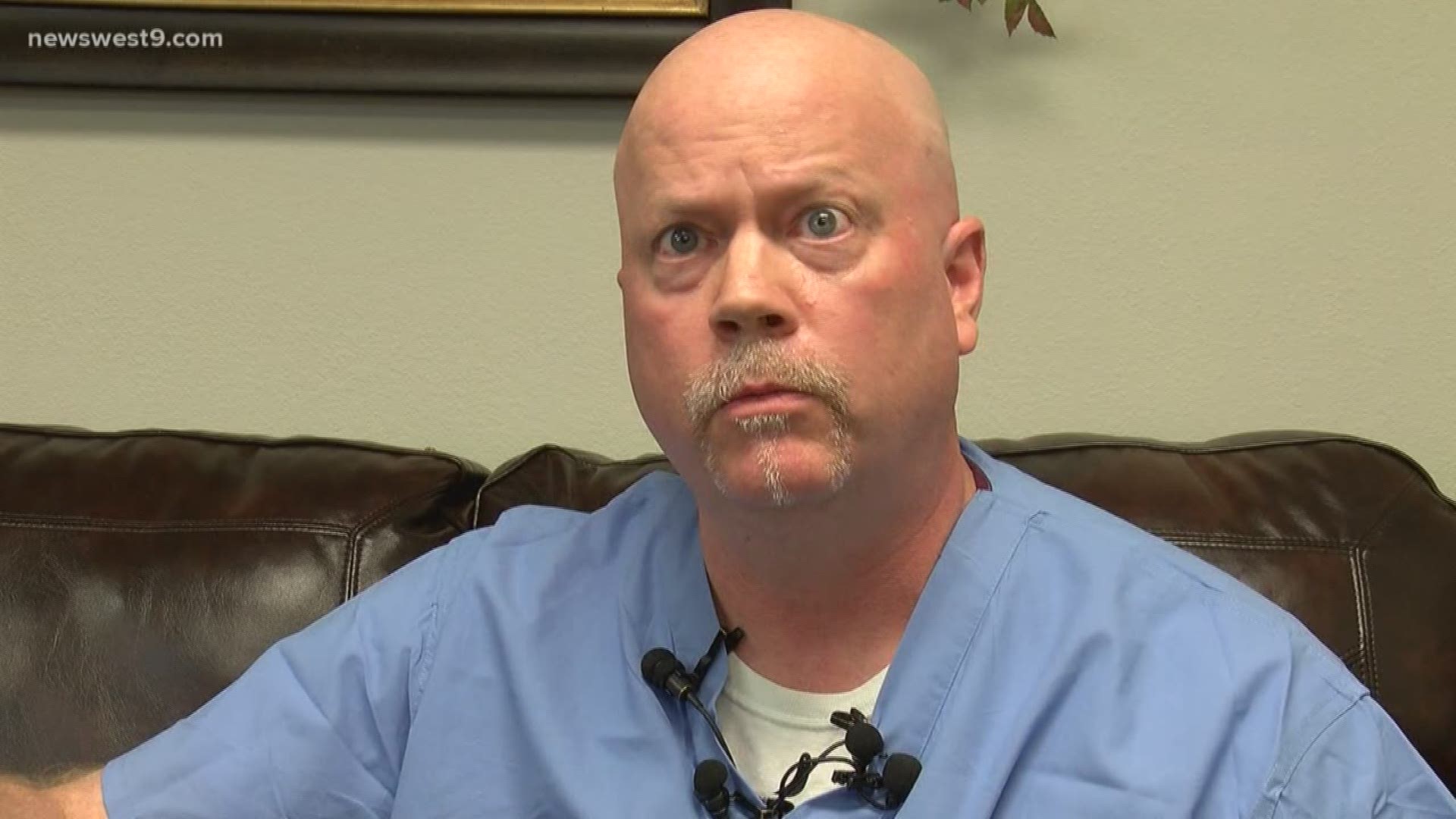 If you were in Midland and Odessa August 31st, your heart was racing from fear.

But not Dr Cunningham, who says him and his staff at MCH were built for it.

“As far as the OR’s concerned, it went perfect considering the amount of work we had to do. It’s like a symphony or something," said Benjamin Cunningham, MCH Orthopedic surgeon.

"I don't know what the oboe player is doing, or the bass drummer, but I'm playing the violin and it's all coming together. And someone from the outside could see that."

The mass shooting lasted over hour, so as victims were rushed in one by one the pressure was on.

“The general process is that if someone is going to die or close to dying they usually get very high priority. And if someone...if they’re going to lose a limb or something of that nature, then they get a higher priority as well," said Dr. Cunningham.

Dr. Cunningham says the adrenaline worked in everyone’s favor, saving the lives of everyone that they possibly could have.

“The total was probably 24 that came in that we know about. And I think one patient did die, but I think he essentially came in dead and there was no way to revive him. And I think the majority of the people that died, died at the scene or quickly there after," said Dr. Cunningham.

But what moved Dr. Cunningham the most was the selflessness of his patients. Especially an officer who was in the worst condition of them all, with one eye shot at and his limbs severely damaged.

“I mean all he cared about were his friends and how they were doing, that’s all he talked about. And I saw him yesterday and he’s very thankful but I'm thankful for him and for all the people willing to stand up to someone like that. Because they put a lot on the line," said Dr. Cunningham.

Although surgeons, doctors and nurses are equipped for the job and gore, Dr. Cunningham says the reward of saving a life makes life worth living.

"Yesterday in clinic I got to see the majority of the patients we operated on and they’re doing great. So that always helps you know when people are doing better. It makes you feel better about being able to have the capacity to do something about the problems in this world," said Cunningham.

RELATED: Recovering after tragedy: Mental health in the Basin after mass shooting