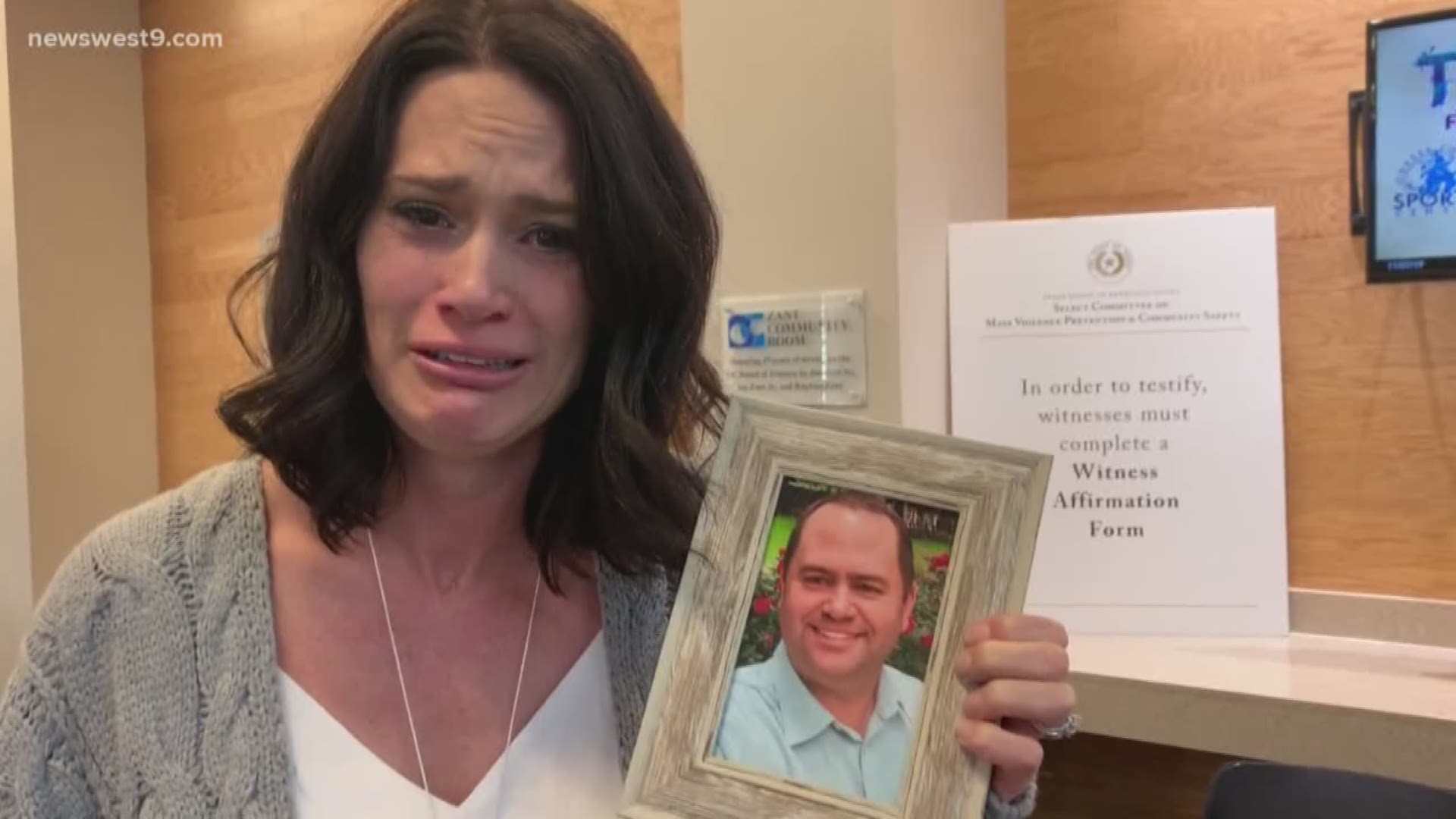 ODESSA, Texas — It's been a little over two months since the mass shooting in Odessa.

Those two months of healing have allowed people to process the attack on our town that killed seven people.

The House of Representatives Select Committee on Mass Violence Prevention met with our community on November 7 to discuss their testimonies with the goal of achieving reasonable gun laws.

Marcy Askins and her family lost their loved one, Joseph Griffith. Joseph was Marcy's younger brother.

"They weren't able to stop the bad guy with a gun this time until he murder my brother and I don't want this to happen again, please do not let him die in vain," said Askins through tears.

"I'm a paramedic, I've been a paramedic for 31 years and I've directly seen the direct effects of violence, but you can't legislate or predict evil," said Brent McCain, a second amendment supporter.

There were many suggestions given to law makers on how to protect our communities from senseless tragedies.

Some of those suggestions were stricter background checks for private gun sales and red flag laws.

The way the August 31st mass shooter purchased his gun was legal in Texas, but in those 21 other states, he would not have been able to purchase one.

Ector County Sheriff Mike Griffis believes that talking about these issues with the community is the only way to solve them.

"We have to get all of the ideas and perspectives out there in the open and maybe something will be done. My contention is that the absolute only way we might curb some of this stuff is to have penalties for crimes committed, there's gotta be a deterrent for crimes committed, our criminal justice system is a joke right now," said Griffis.

Regardless of what side they stood on, everyone in the room agreed on one thing: something needs to be done.