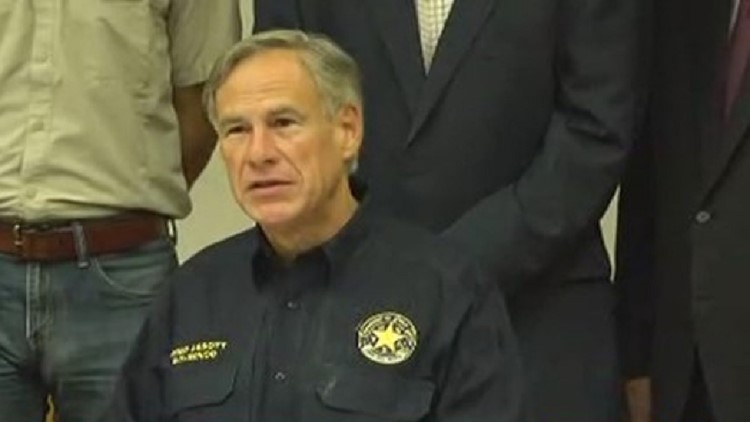 MIDLAND, Texas — Governor Greg Abbott reaffirmed his demand that gun's should be kept "out of criminals' hands" Monday in a tweet revealing the gunman in the West Texas mass shooting had previously failed a background check in Texas.

RELATED: Name mass shooters or not? Keeping it out of the public not easy

Governor Abbott did not detail why the shooter failed the background check.

The governor says the weapon used by the 36-year-old man in the shooting was purchased without a background check.

Governor Abbott ended the tweet by saying the state must do more to keep guns from the hands of known criminals. The line echoed Gov. Abbott's call to action during a press conference in Midland-Odessa Sunday.

During Sunday's press conference, Gov. Abbott demanded further action and promised solutions to prevent further mass shootings like Midland-Odessa and El Paso. However, he also says he will continue to uphold the Second Amendment for law-abiding citizens.

Abbott made a similar call to keep guns from the hands of "deranged killers" following the El Paso mass shooting.