Zach Owen and Border Patrol Agent Bernie Ramirez were awarded for their courageous acts in a stabbing at a Midland Sam's Club. 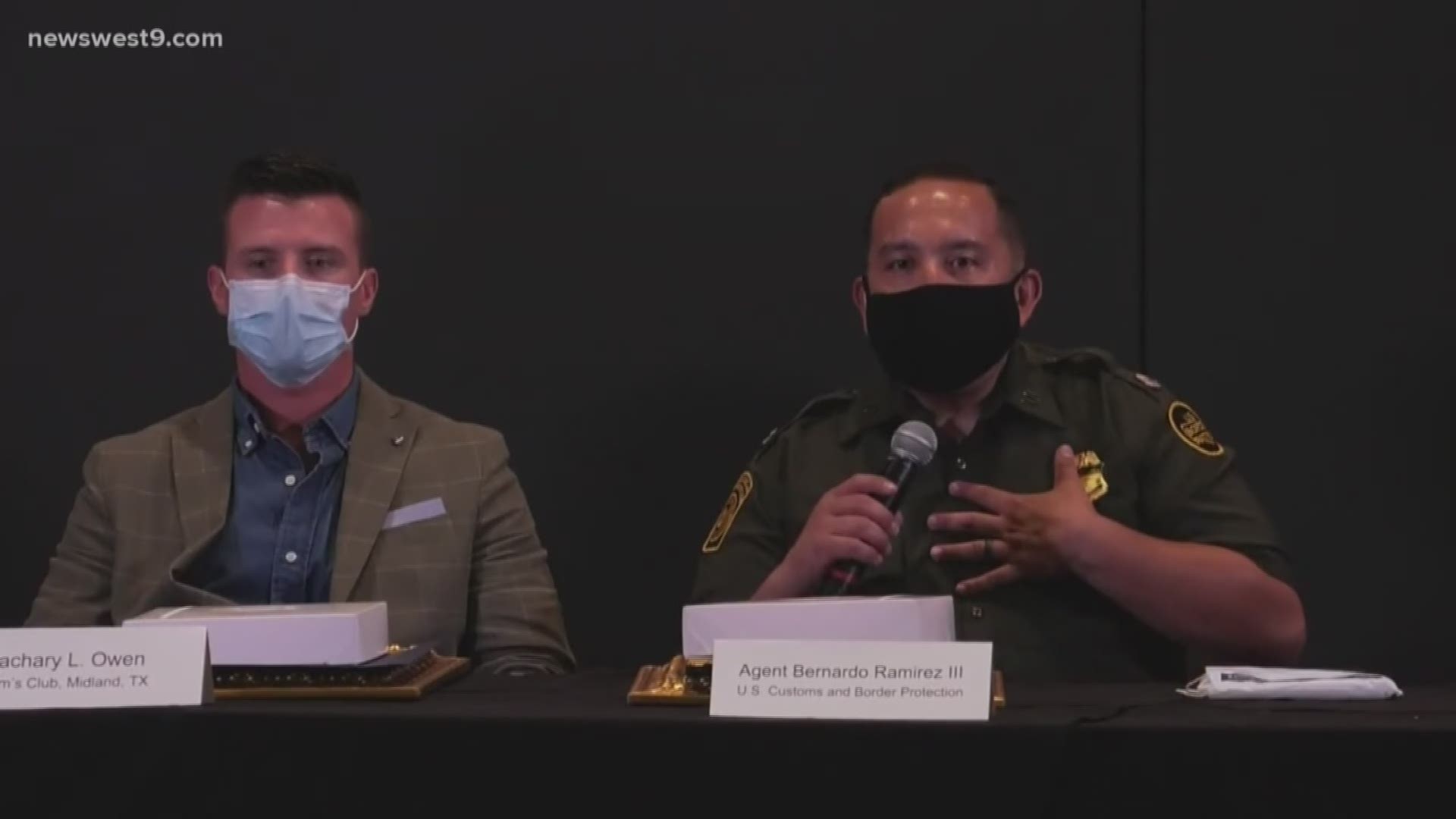 Both were awarded the Lily and Vincent Chin Advocacy Award at the Chinese Community Center in Houston, Texas.

The two intervened in a stabbing that happened at a Midland Sam's Club back on March 14.

The attacker stabbed the Cung family who are of Bermese descent. However, he told investigators he targeted them because he thought they were Chinese. Owen, a Sam's Club employee, applied a chokehold to the attacker. Agent Ramirez was off-duty when he walked up to the altercation.

"I was doing what I felt I had to do," said Owen. "Sam's is a good corporation. I was just doing what I could to help."

The attacker was later charged with three counts of attempted capital murder and one count of aggravated assault causing serious bodily injury. His bond is set at 1 million dollars.

"I was there and just doing my job as a law enforcement officer," said Ramirez. "The true hero is Zach Owen. If Zach had not taken that decisive action and not did what he done, things would've gone bad. I thank God for that."

The United Chinese Americans also presented a donation to the Cung family to support any medical expenses for future surgeries. The attack left the father and his 2 and 6-year-old sons hospitalized.

RELATED: Asian Americans use social media to mobilize against attacks

The Lily and Vincent Chin Advocacy Award is named after Vincent Chin. Chin is a Chinese man who was brutally beaten to death in the early 80’s because he was mistaken for being Japanese by two auto workers in Detroit.