The DA's office also asked for privacy for the family mourning the loss of their daughter. 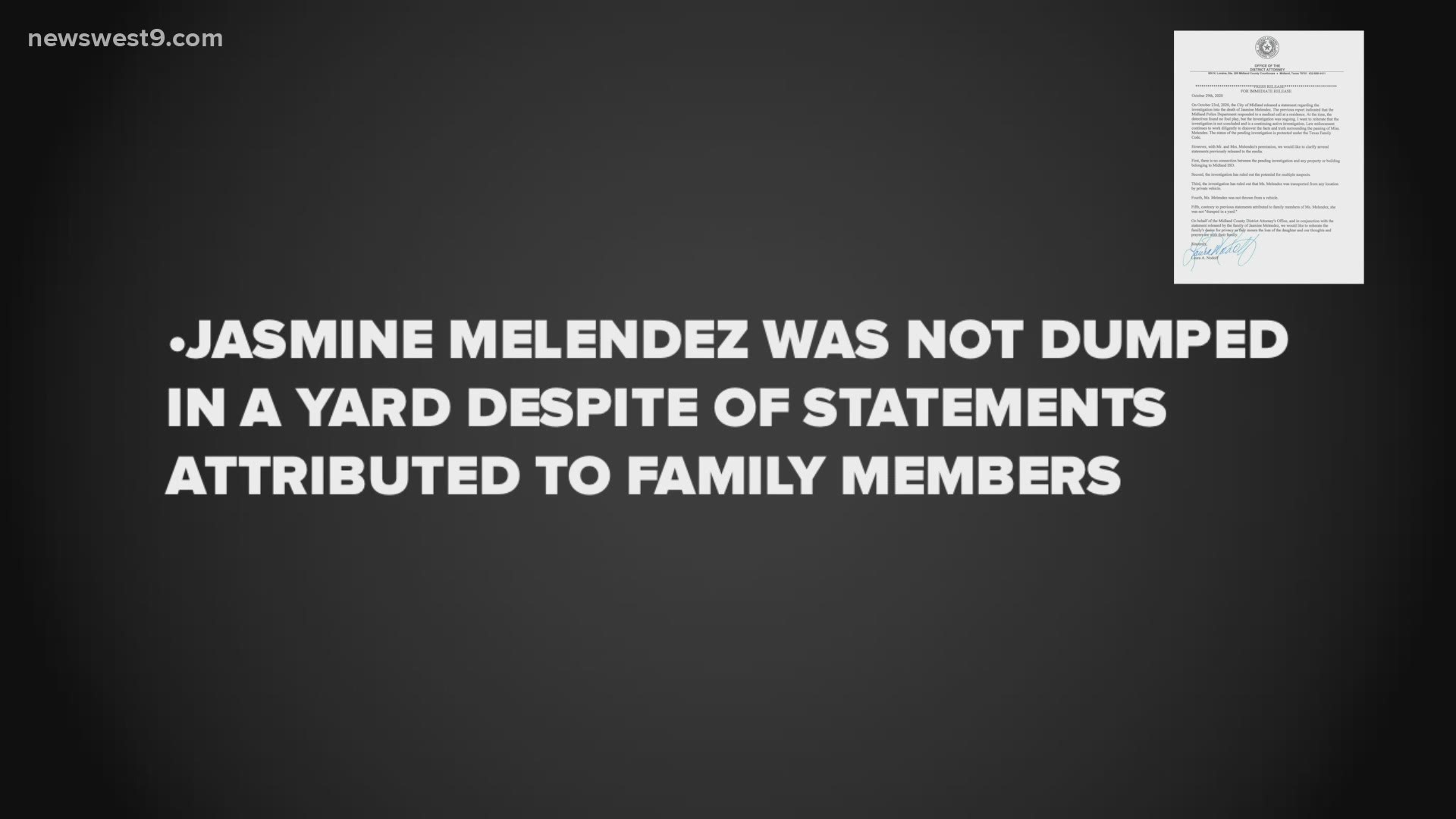 MIDLAND, Texas — (Editor's note: The above video is from earlier coverage of this case.)

While the investigation is still ongoing, Nodolf says this information is being released with the permission of Jasmine's parents.

First, Nodolf states there has been no connection found between the investigation and any property belonging to MISD.

The second point states that the investigation has ruled out the potential for multiple suspects, though it was not revealed if the police have any suspects at this time.

Nodolf also says the investigation has ruled out Melendez being transported from any location via private vehicle. She followed this up by saying Melendez was not thrown from a vehicle.

Finally, "contrary to previous statements attributed to family members of Ms. Melendez", the investigation has found that she was not dumped in a yard.

The DA's office also asked for privacy for the family mourning the loss of their daughter.

A second statement in conjunction with the DA's was released by Fortenberry Firm PLLC, who is representing Jasmine's parents.

This statement says that the parents are fully cooperating with the Midland Police Department and the Midland County District Attorney's Office.

The statement also included the following words from Mr. and Mrs. Melendez.

“We are heartbroken at the loss of our daughter and are searching for answers. We want justice for Jasmine. We are waiting for the medical professionals to complete their reports and allowing law enforcement time to thoroughly investigate the case. We want thank the community for their outpouring of love and support.”

Nodolf says at this time no further statements will be released by the DA's office or the City of Midland due to limitations from the Texas Family Code.

NewsWest 9 will continue to follow this story as more information is released.