'Your Place' will have their license suspended for a week, which will allow officials to investigate the shooting safely. 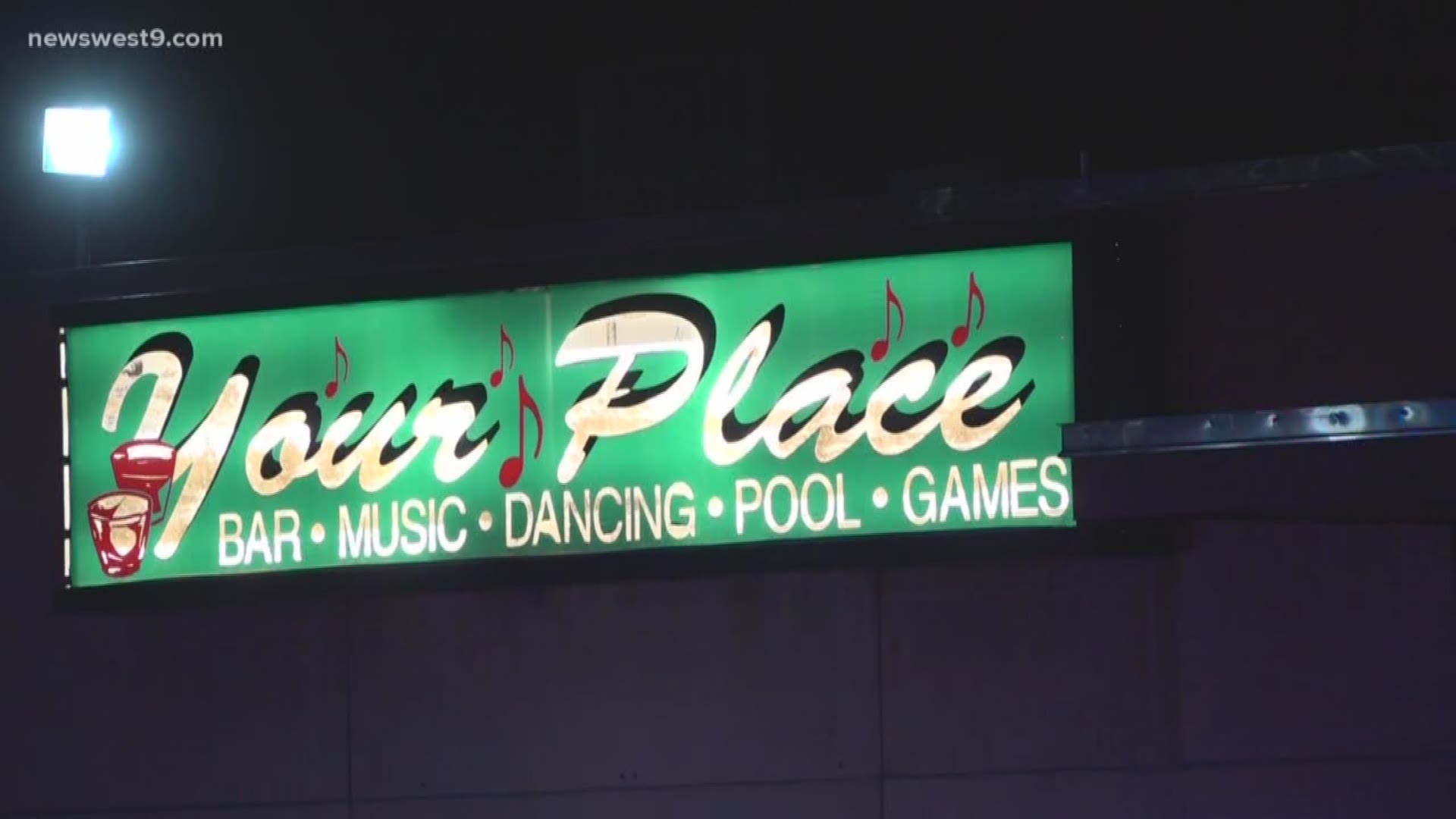 MIDLAND, Texas — (Editor's note: The above video is from a previous newscast the day of the shooting.)

The TABC has suspended the liquor license of 'Your Place' following the shootout on February 16.

The suspension will last one week, meaning the bar will be closed and will reopen on February 23 according to the press release.

TABC agents and Midland Police are still investigating the shooting, which killed one and injured three others.

"The goal of the suspension is to allow TABC agents and local police the opportunity to safely investigate the scene of a deadly incident without fear of retaliation or additional violence," Nettles said.

"TABC's investigation will seek to determine whether the bar's actions or policies played any role in the incident. We will also examine the bar's security policies and procedures to find out whether appropriate steps were taken to ensure guests' safety."