One person has been arrested but police say another is still on the run. 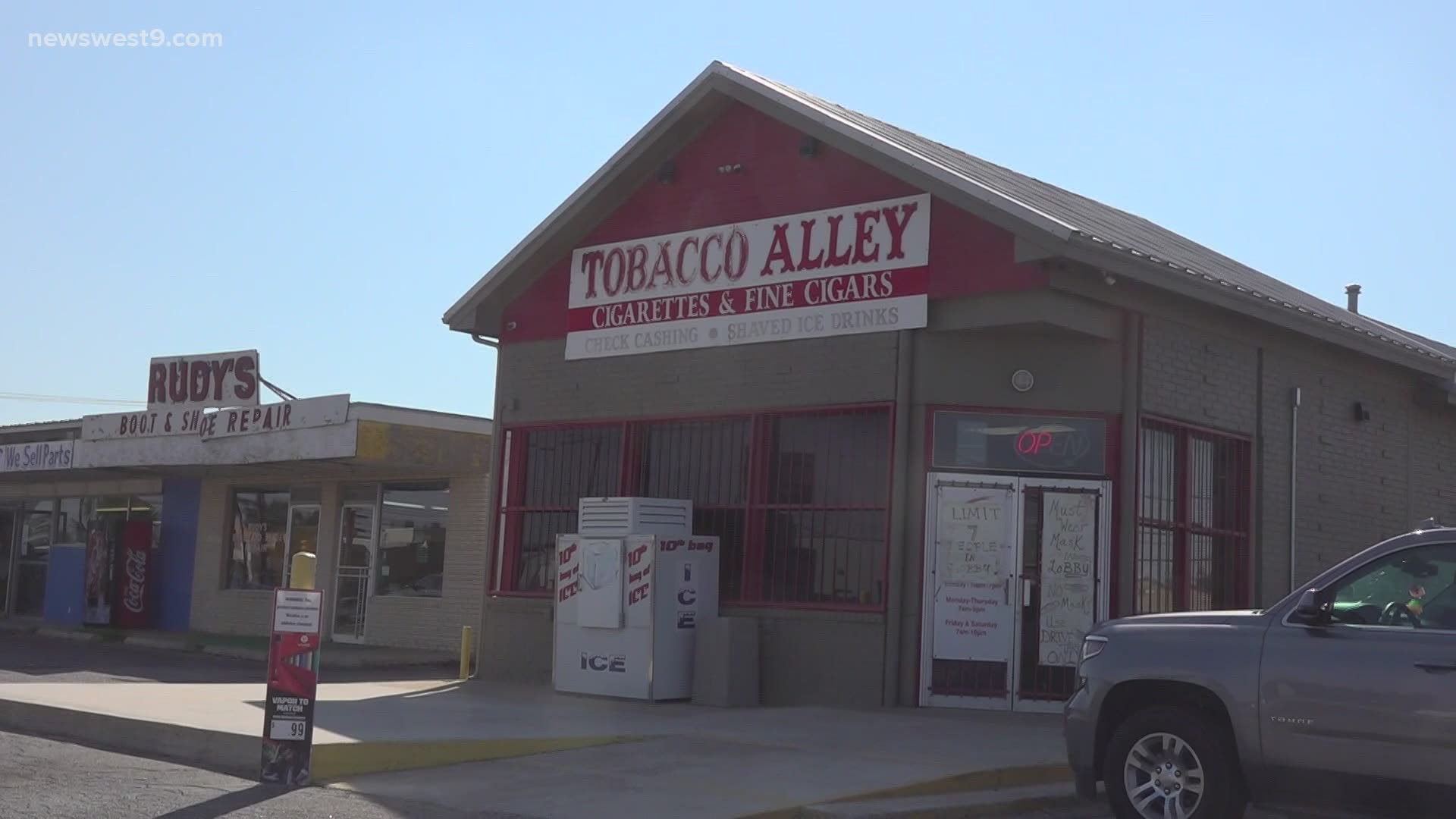 MIDLAND, Texas — A large police presence was reported near the Stripes on Midkiff and I-20 Wednesday afternoon.

Midland County Sheriff's Office, DPS and Midland Police were all at the scene.

According to authorities at the scene, this was due to a robbery that took place at Tobacco Alley around 1 p.m.

Police say two people, a man and a woman, attempted to rob the place at gunpoint

The man brandished a rifle at the store employees, but the workers refused to give the suspect money and they fled the scene in a black Tahoe.

Around 30 minutes later police received word of a vehicle matching the description of the one the suspects fled in at the Stripes.

The male suspect matched the description of the suspect according to police and was arrested, but the other remains on the run. The rifle was also found in the vehicle and determined to be a pellet rifle.

Jose Sauceda, 37, has been arrested and charged with Aggravated Robbery.

Police are still investigating and no injuries have been reported.

Fairly large police presence at the Stripes off I-20 and Midkiff. Officers arresting a suspect who brandished a weapon...