Jesse Servin said his family survived the nightmare, but still has no place to go. 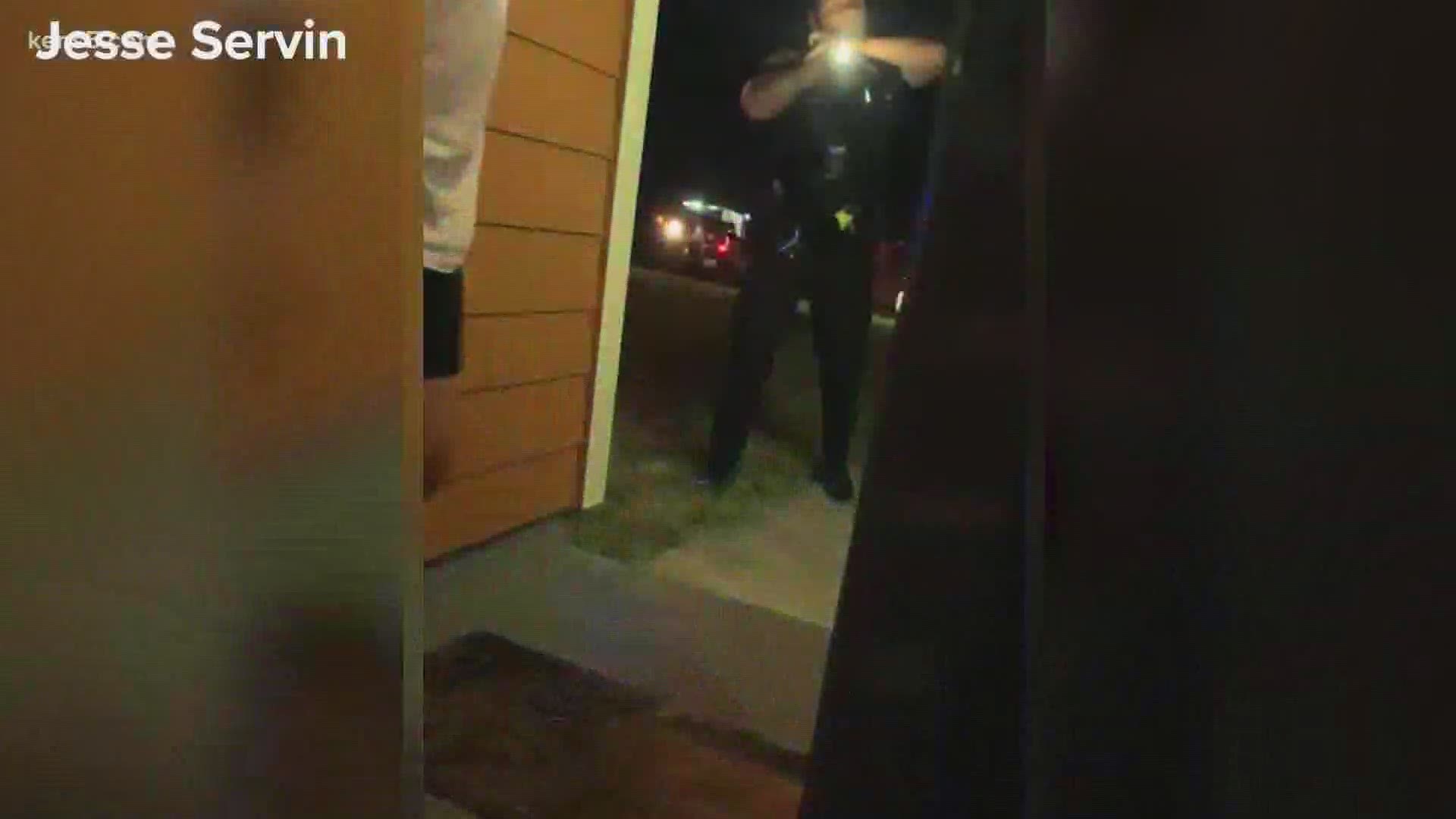 SAN ANTONIO — A southside family says they woke up late Friday night to a man in their home, wearing tactical gear and holding a gun.

The victims said the man was their landlord trying to use force to evict them.

Jesse Servin said around midnight, his girlfriend and their three children were sound asleep when they heard a loud bang.

“At first I thought we were getting robbed,” said Servin.

Servin said he realized someone had broken down the door.

“That's when I heard a scream, and my bedroom door was also kicked in,” said Servin. “He forced himself in with the rifle and bulletproof vest, and an LED flashlight so I couldn't see who it was until I heard his voice.”

Servin said he recognized the voice as his landlord and owner of the home, Alberto Trevino.

Servin said his two-year-old child was sleeping in the same room as he was, so he grabbed her trying to protect her from the man holding a gun, standing in the doorway of his bedroom.

He said Trevino was trying to evict them from the house.

“He was screaming at us in Spanish. You know, ‘Get out. Get out,’” said Servin.

The father of three said he followed Trevino’s orders and walked out the front door.

“I was shaking, so I followed his demands and tried to keep my kids and my girlfriend away from the whole issue,” said Servin.

Police arrived a few minutes later and were able to deescalate the situation.  Servin's girlfriend caught the moment on video when police arrived and officers confiscated Trevino's firearm.

Servin said since the pandemic began he’s hit hard times.  He worked at his father’s restaurant, but when his father died a few months ago, they lost the business, and Servin was out of work.

The restaurant and bar industry has suffered this year, making it hard for Servin to find steady income.

Servin said at first, Trevino was understanding and worked with him to make rent payments.

“He was like, ‘I won't charge you for late fees, just pay me as much as you can or whatever you can,’” said Servin.  “I told him, ‘thank you. I appreciate that.’”

But Trevino told Servin that he now had to be out by August 15th, but they can’t afford to move anywhere else right now.

Servin said just after midnight on August 15th, Trevino broke into the home with a gun trying to force them out.

After enduring this nightmare, Servin said they want to move, but have nowhere to go.

“It's not as easy as it used to be to move out. I wish it was easy and simple, but it's harder than I thought,” said Servin.

He has since bonded out, leaving Servin fearing for the safety of his children.

Servin said Trevino lives next door to the house.

“We just don't feel safe at all, like he's keeping an eye on us every minute,” said Servin.  “I mean, he might end up just finishing what he started.”