Cudd had previously been facing only misdemeanor charges following her arrest in January by the FBI. 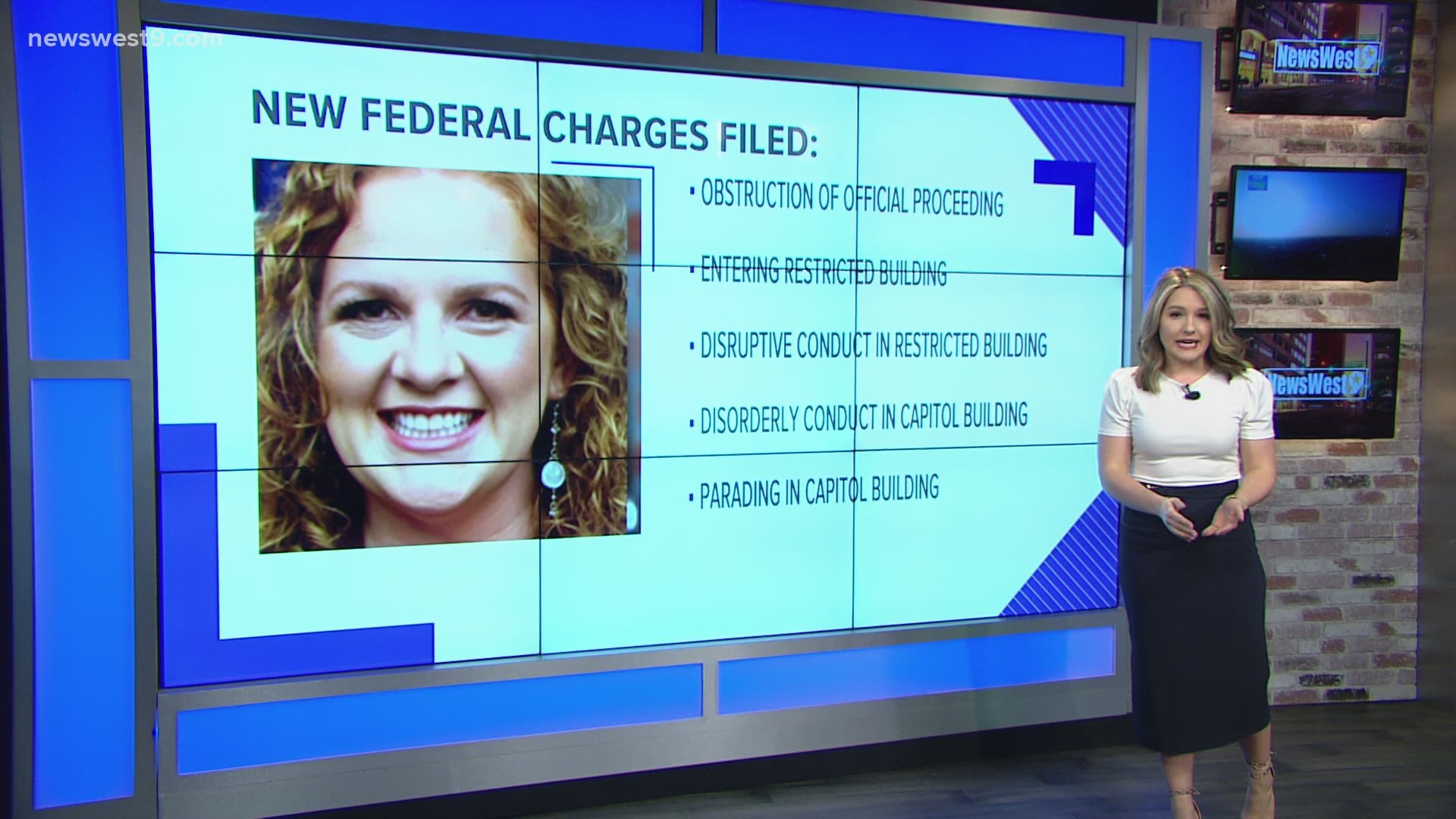 MIDLAND, Texas — Jenny Cudd, the Midland business owner and former mayoral candidate who was arrested by the FBI in January for her part in the U.S. Capitol riots, is now facing new federal charges.

Cudd and another Midlander, Eliel Rosa, were initially charged with Class A and B misdemeanors in the week following the Jan. 6 riot.

Cudd recorded a Facebook live the evening of January 6, describing how she and others "pushed and pushed and pushed" their way into the capitol. At one point in the video, Cudd said, "We did... break down Speaker Nancy Pelosi's Door."

“I’ll tell you this like I’ve told others. I did it once and I’d sure as hell do it again because I did nothing wrong,” Cudd said in an interview with NewsWest 9 a few days before her arrest.

The new charges come just days after Cudd’s attorney filed paperwork requesting permission for Cudd to travel to Riviera Maya, Mexico. Documents state the trip had been book and prepaid before the capitol riots.

The trip is described as a weekend retreat for her employees and their spouses from Feb. 18-21. There is no word at this time if that request has been granted or denied.

Cudd and Rosa’s travel privileges outside of the U.S. were revoked by a judge in their initial court appearance on January 21. The pair remain out of jail on a personal recognizance bond.

A second hearing was scheduled for Feb. 4, though a motion was filed by Cudd’s attorneys to push it back at least 45 days.