The affidavit cites photos and security camera footage as well as social media videos to create a timeline for the two's time in the Capitol. 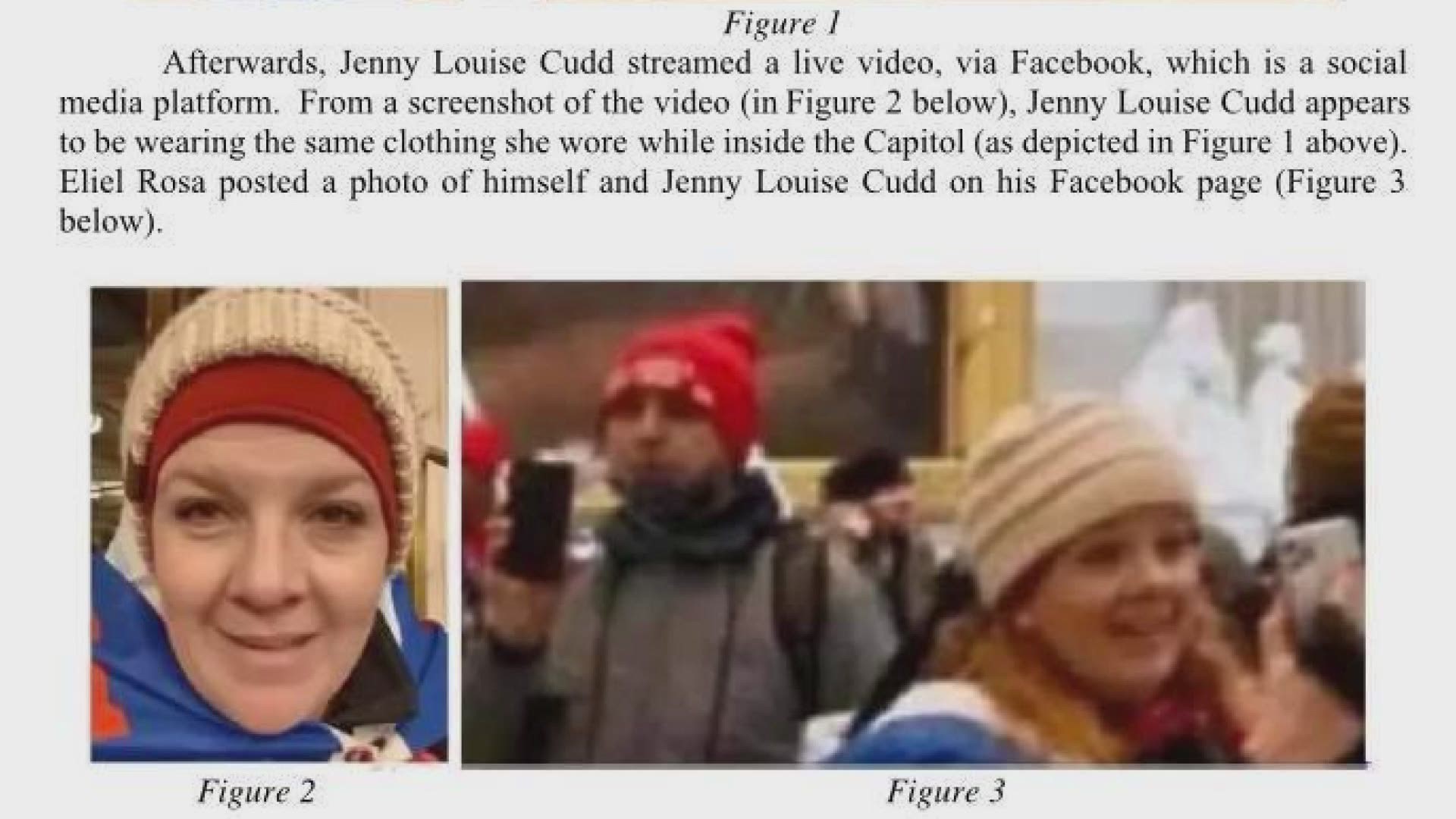 WASHINGTON, D.C., USA — The FBI has released an affidavit in connection with the arrest of Jenny Cudd and Eliel Rosa.

The five-page affidavit details some of the events of January 6 at the US Capitol.

In the affidavit, the FBI provides a timeline of Cudd and Rosa's actions, from the two of them stepping inside the Capitol at 2:35 p.m. to leaving at around 2:54 p.m.

Security camera footage as well as various pictures included in the document help solidify the timeline.

The affidavit also mentions how Cudd interviewed with local news stations back in West Texas and that Rosa spoke to the FBI on January 8.

Cudd and Rosa are now both facing misdemeanor charges for their role in the Capitol riots on January 6. The two have been arrested but released on a PR bond.

To read the full affidavit, you can do so below.