Jacque Adams, wanted on 4 charges in Harris County, was indicted on 6 more while out on bond. Imani Cole has 3 warrants, including human trafficking of a child. 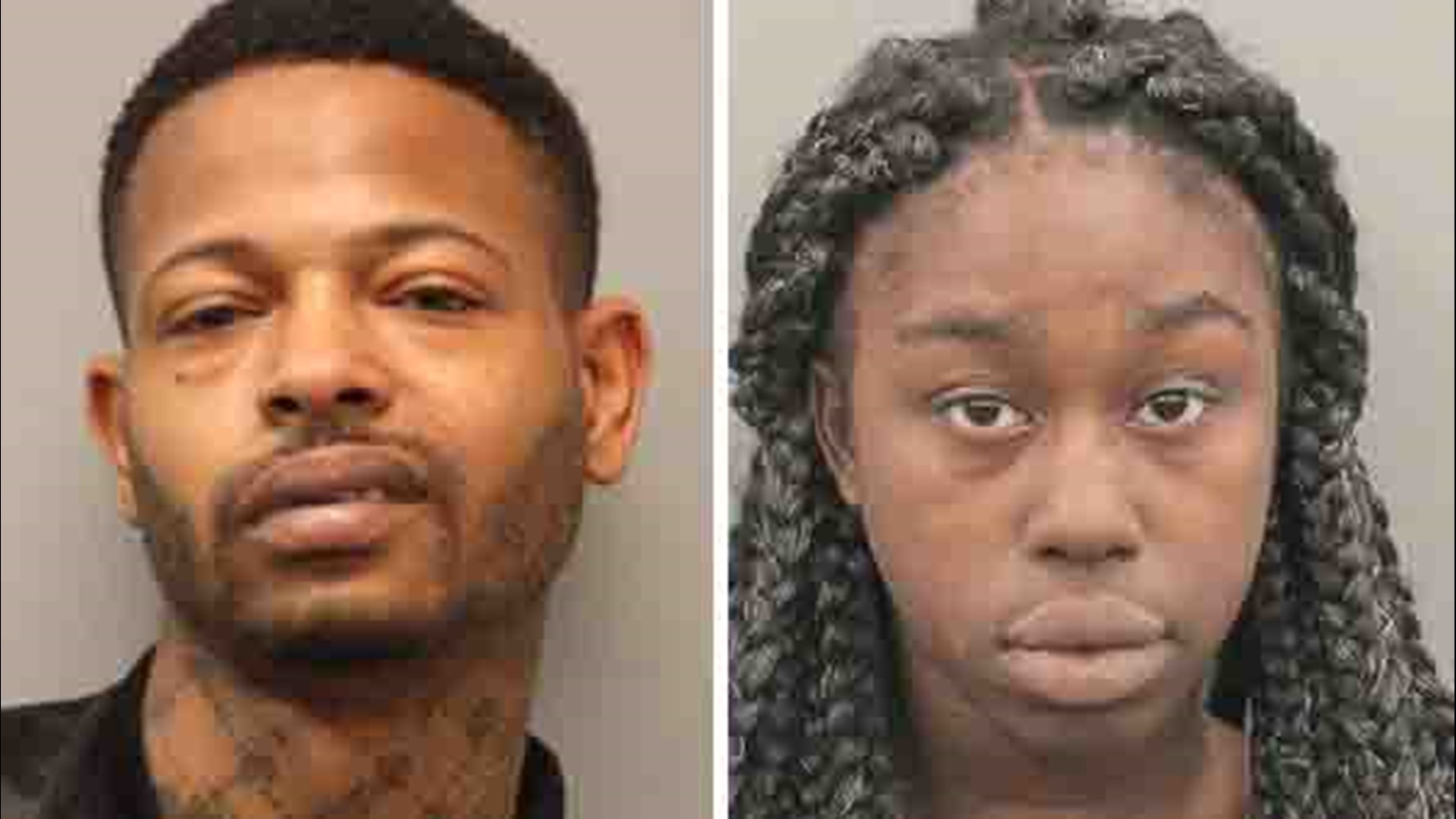 HOUSTON — Texas is the second worst state in the nation for the number of human trafficking cases reported to the national hotline, according to Crime Stoppers Houston.

They say the revolving door bond system that puts offenders right back on the streets is making the problem even worse.

Bills making their way through the Texas legislature would prevent all sex offenders from posting bond.

Victims' advocates point to Jacque Adams as a prime example of why tougher laws are needed. He has four active warrants for compelling and aggravated prostitution, human trafficking and continuous family violence.

“He ordered his victims to tattoo ‘King Jacque’ on their necks,” according to Andy Kahan with Crime Stoppers.

While out on bond on the Houston charges, Adams was indicted on six new charges in Clark County, Nevada.

Imani Jean-Marie Cole was charged with human trafficking of a child, compelling prostitution and possession of a controlled substance. She was let go on two PR bonds.

“What this is proving is that repeat violent offenders that enslave other humans to sell them for commercial sex are not being punished and held,” said Lana Turner, mother of  a human trafficking survivor.

Her daughter was taken in 2013 after meeting what she thought was a young an online.

“She was brutally assaulted, sexually assaulted. she was branded with a tattoo. She was drugged and she was kept for 8 days and sold more times than the police could count,” Turner said. “It’s hard for her to just move on with her life without looking over her shoulder every day.”

Online solicitation of minors has skyrocketed. Every day, children online are being groomed and lured or coerced into doing things through blackmail.

Kahan is opening the legislature will pass tougher laws to keep the traffickers preying on those young victims behind bars.